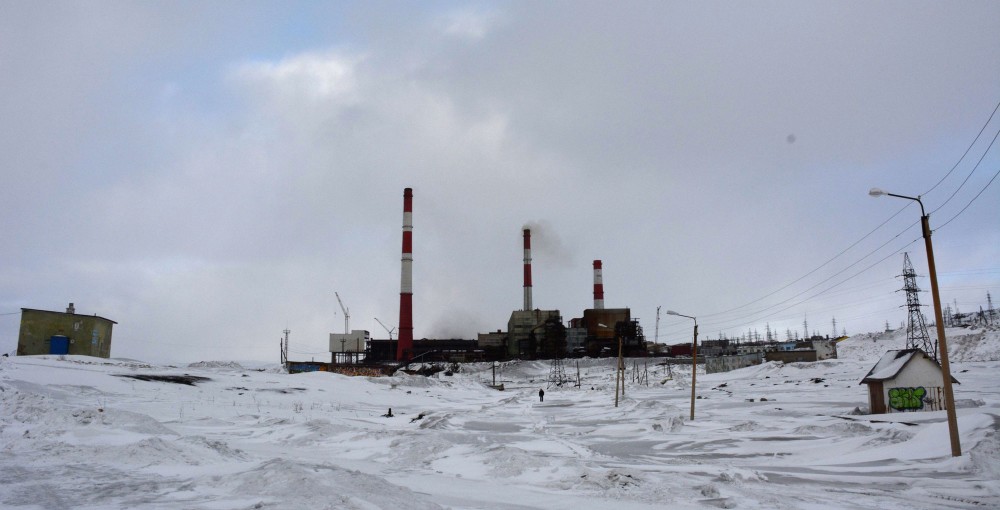 The plant in Nikel is due to fully close in course of 2020. Photo: Atle Staalesen

Nornickel might invest up to 10,5 billion rubles (€153 million) in the development of a tourism cluster in Pechenga, the municipality located along border to Norway and Finland.
By

There is a sense of crisis in the small town of Nikel located on the border to Norway and Finland. Here, most men and women have for the past three generations had their lives closely connected with the local nickel smelter.

Now, the cornerstone industry is closing and several hundred people will be dismissed in the course of the year. Locals fear that Nikel will be abandoned and turned into a ghost town.

However, local authorities and the nickel company assure that there will be new industries created that locals can be re-trained and re-employed in new jobs.

«Nobody will abandon Nikel,» regional Governor Andrey Chibis said after signing an agreement with Nornickel in late 2019.

The local town has «a serious future», the regional leader assured and invited locals, companies and investors to take part in a discussion about strategic developments.

The agreement between Chibis and Nornickel leader Vladimir Potanin is reported to include about 140 billion rubles (€2 billion) for investments and developments in the region over the next five-years period.

Included in that sum is a substantial amount of money for the development of tourism. According to regional Deputy Governor Olga Kuznetsova, Nornickel could invest 10,5 billion rubles (€153 million) in the development of a tourism cluster in the area.

The mining and metallurgy company is ready to invest the money in cooperation with local partner Port Liinarkhamari, news agency Interfax reports.

The project was discussed in a regional government meeting on the 9th January. There was presented no information about specific plans under the initiative, but Port Liinarkhamari could potentially be granted major tax benefits as part of the establishment of free economic zone in Murmansk.

At the same time, local authorities are reaching out to neighboring Norwegians for assistance. In a meeting with a delegation from Sør-Varanger, the nearby Norwegian municipality, representatives of Nikel expressed hopes that the Norwegians will assist in the process.

Several joint working groups are to contribute with ideas that ultimately will be included in a local action plan, the local Russian municipality informs.