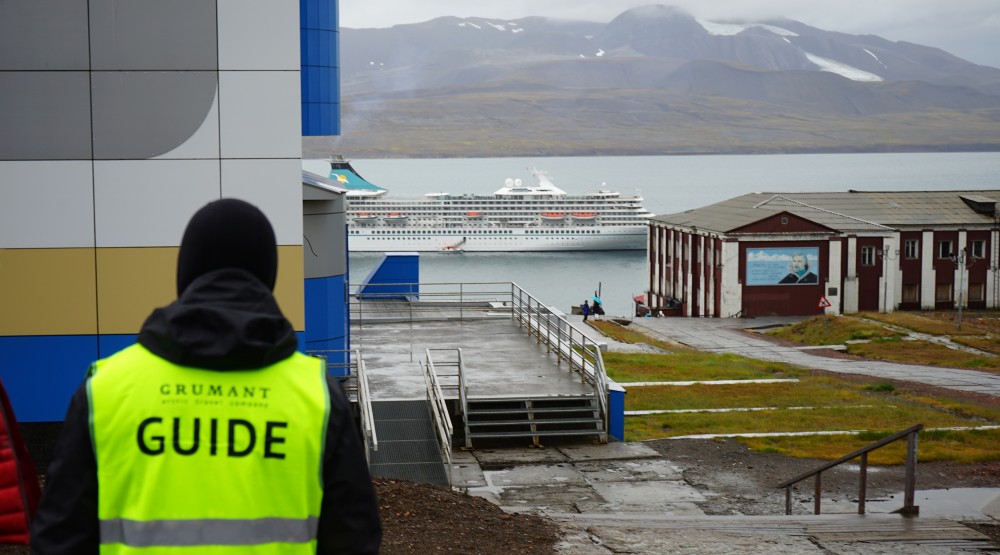 Murmansk and Barentsburg could become vital ports for a new series of Russian medium-sized luxury ships aimed for grabbing a share of the booming Arctic expedition tourist market.
Read in Russian | Читать по-русски
By

“The expedition cruises, including the Arctic, will become a trend. And we have already seen that this segment shows faster growth than the rest of the cruise market, the tickets are commonly sold out six months ahead of the cruise departures,” said Alexey Rakhmanov, President of United Shipbuilding Corporation, Russia’s largest state-own shipbuilding company.

Rakhmanov was speaking at a Expert Council meeting under the State Duma Committee on Shipbuilding Industry and Marine Engineering and was quoted by PortNews.

“The Arctic expedition cruises are promising and significant for our country. I am sure that there will be customers for building vessels for such cruise,” he added.

Like several of the new-buildings sailing towards the Arctic in the years ahead, also USC’s ships target the well-paying luxury market with various on-board activitites and a fleet of smaller crafts and helicopter for shore landings. Unlike the others, however, the Russian ships will have casinos in hope for boosting the return of investment, Kremlin controlled RT informs.

With up to 350 passengers, the ships are in the upper-end of expedition cruise ships, but still medium-sized compared with the larger cruise ships sailing north to Svalbard with thousands of passengers.

Estimated building costs are up to $300 million each ship.

Russia wants more tourism up north and has recently opened its Arctic National Park for foreign cruise ships, including both Franz Josef Land and the northernmost tip of Novaya Zemlya.

This summer, the cruise liners Hurtigruten and Poseidon sail to Russia’s Arctic archipelago of Franz Josef Land. While Poseidon starts and ends its voyages in Longyearbyen, Hurtigruten sails from Tromsø via Murmansk to the Russian Arctic.

For Murmansk, which opened a brand-new cruise port in 2016 with a 206-meters dedicated pier, the booming Arctic cruise market is so far a disappointment. Aimed at becoming the “gateway to the Russian Arctic”, Murmansk has actually had less port-calls by cruise liners in recent years than a few years ago.

In 2012, nine passenger vessels came to Murmansk, many who sailed further into the White Sea region with Solovki and Arkhangelsk as highlights. In 2015, cruise vessels made 13 port calls to Murmansk, bringing more than 10,000 visitors.

Last year only six foreign flagged cruise ships made port calls and four ships have Murmansk in theirs itineraries for the 2019-season.

“Spitsbergen” sails via Murmansk on two voyages from Tromsø to Franz Josef Land. “Seven Seas Navigator” and “Oceania Nautica” both make custom clearance and immigration control in Murmansk en route to the White Sea. “Silver Explorer” sails the entire Northern Sea Route from Nome in Alaska to Tromsø in northern Norway and has Murmansk as its last Russian port call.

Vice-Governor of Murmansk Oblast, Alexey Tyukavin, has previously told the Barents Observer that the hope is to attract more cruise ships coming to Murmansk for Arctic voyages.

“We are looking into possible future voyages from Murmansk to Svalbard and Franz Josef Land. The big problem today is Russia’s lack of own passenger vessels,” the Vice-Governor said.

Speaking with the Barents Observer last fall, Ivan Velichenko with the company’s tourist brand GoArctica, said: “Barentsburg is a great entrance to the Russian Arctic, tourism will grow while mining is likely to decrease.”

He said cruise ships could sail directly from Murmansk.

“We will make Barentsburg a centre for the Russian Arctic,” Valichenko proclaimed.

A new pier will be built next to the existing coal harbour, allowing cruise passengers to go directly onshore instead of using smaller landing boats.

Latest buzz in Arctic tourism is a floating city