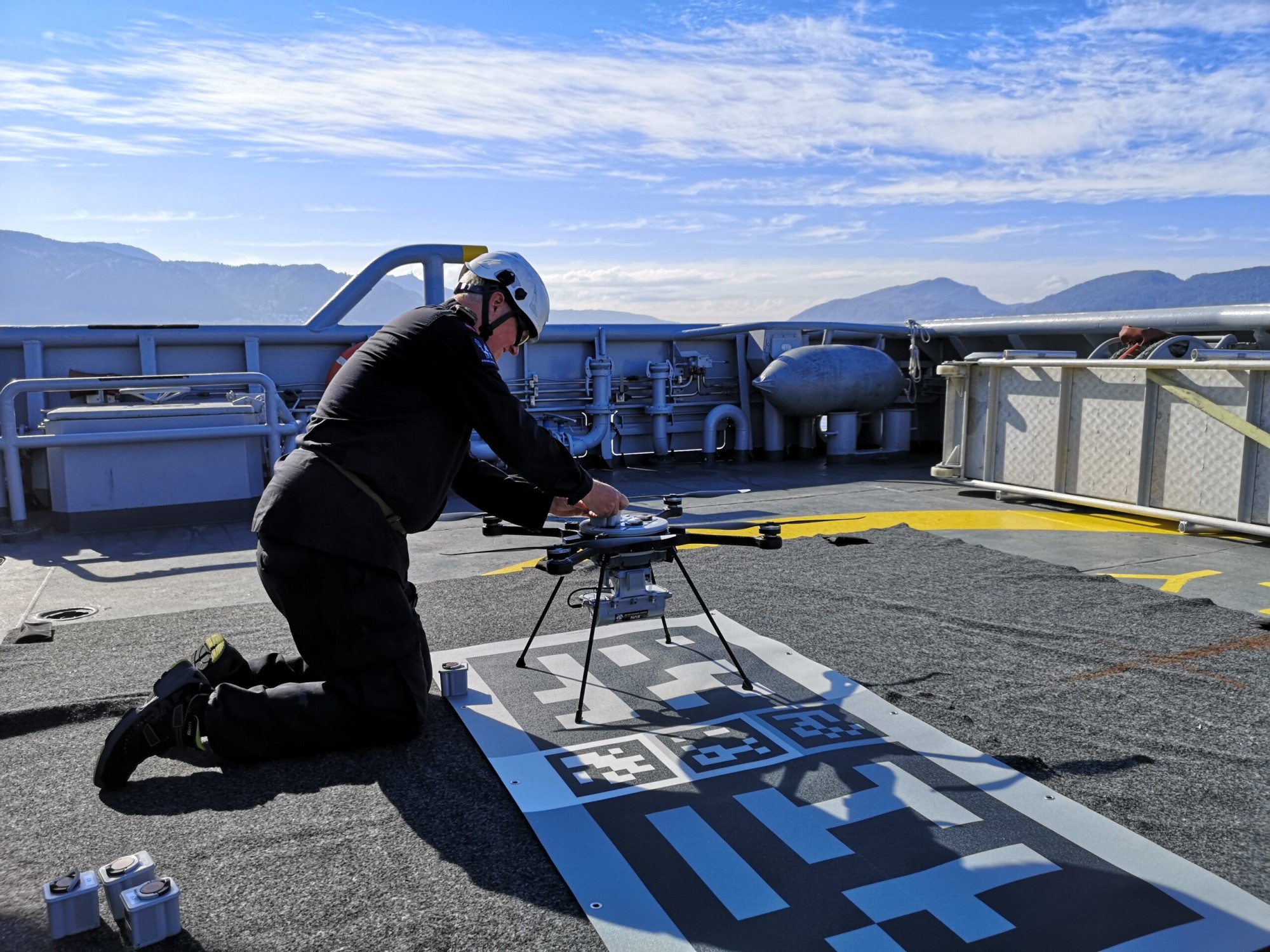 Along the Norwegian coast two degrees above the Arctic Circle, an icebreaker makes its way back from the North Pole. Suddenly, a fire breaks out. As nearby ships respond to the mayday, the icebreaker reports that its nuclear reactor is damaged. Radiation contaminates the crew and the environment.
Read in English

The Norwegian Radiation and Nuclear Safety Authority (DSA) is Norway’s national authority and expert body in matters concerning nuclear safety, radiation use, natural radiation and radioactive contamination in the environment. It is a directorate under the Norwegian Ministries of Health, Climate and Environment, and Foreign Affairs. In its Tromsø branch, DSA operates an advanced radiation laboratory and emergency response training, as well as managing assets located in the Fram Centre.

Luckily, this radiation emergency is just a scenario. We present it here to describe how a Tromsø-based cooperation strives to manage radiation risks in the Arctic. The scenario was included in a booklet given to experts called to participate in a tabletop exercise in 2019 by the Emergency Prevention, Preparedness and Response (EPPR) Working Group of the Arctic Council, led by the Norwegian Radiation and Nuclear Safety Authority (DSA), among other partners. This is not the first radiation response exercise in the Arctic, and it will not be the last. Radiation has been a threat to the Arctic for decades, but today, climate change may change the nature of this threat.

Radiation is a concern

In the Arctic, radiation is a concern because the region has been a dumping ground for radioactive materials, served as a testing site for nuclear weapons during the Cold War, and is currently home to numerous potential sources of radioactive contamination in the marine environment. In the case of a radiological accident or emergency, response can be particularly challenging in the region considering the extreme climatic conditions, sparse and limited infrastructure, and the required coordination between different authorities – often across borders.

The Emergency Prevention, Preparedness and Response Working Group of the Arctic Council (EPPR) contributes to international cooperation on issues of environmental and other emergencies, accidents, and search and rescue in the Arctic.

For three decades, regional and international authorities, scientists and emergency responders from the Arctic States have worked together to monitor and mitigate radiation risks. At the Fram Centre, three organisations sit in separate offices but work in collaboration towards the same goal: understanding radiation and mitigating its risks.

The Arctic Monitoring and Assessment Programme (AMAP), a working group of the Arctic Council, has carried out assessments of radioactivity in the Arctic since the 1990s. Such work is used by regional and emergency authorities including EPPR and the DSA, to mitigate, prepare for, and respond to risks.

In 2019, in view of the need to enhance work and cooperation around maritime radiation emergencies, EPPR’s Radiation Expert Group was founded. It was a natural fit that Øyvind Aas-Hansen, Senior Advisor at the DSA, would become the Expert Group’s Chair.

“If there’s a radiation emergency, cross-cutting cooperation between emergency response actors and Arctic States would be very, very important,” says Aas-Hansen. “We may be three, relatively small branches sitting in the Fram Centre, but our work individually and cooperatively is a major driving force for radiation work in the Arctic.”

Radioactivity in the Arctic is also one area of increasing importance for international cooperation. Currently, there are three nuclear submarines lying on the seafloor in the Arctic, along with other dumped nuclear waste. K-159, one of the three nuclear submarines, sank just outside Murmansk in the Barents Sea and is the single largest potential source of radioactive contamination to the Arctic. Releases from any of these sunken and dumped objects that lead to any increase in environmental levels can have serious consequences for fisheries, local residents, and the environment. Plans are underway to raise and dispose of some of this nuclear waste, but to do so poses unique challenges and is not without risk.

The Arctic Monitoring and Assessment Programme (AMAP) is a Working Group of the Arctic Council that is responsible for measuring and monitoring pollutants and the effects of climate change on ecosystems and human health in the Arctic. In 2023, AMAP is planning to deliver an updated assessment of radioactivity issues of concern.

Inter-organisational cooperation is central to EPPR’s Radiation Expert Group’s work. In addition to accident exercises, identifying radiation risks is also a cooperative effort. EPPR’s recent qualitative report, Radiological/Nuclear Risk Assessment in the Arctic, compiles scenarios that could initiate a radiation emergency, and rates them on a scale from low risk to extreme risk.

Encouragingly, the report did not find any current scenarios that pose a high or extreme risk. However, emergency scenarios rated as moderate or increasing risks include those involving nuclear-powered vessels, floating nuclear power plants, sea transport of nuclear materials, and future use of small modular reactors.

“A key part of our work isn’t only the emergency prevention, preparedness, and response to radiation accidents, but also the concerns of people living in the Arctic,” says Aas-Hansen. “We can release a report that outlines areas of low risk, but if people have concerns, then we should address them.”

As climate change rapidly impacts the Arctic, the radiation risks are also changing – an issue that AMAP has been monitoring for over a decade.

A more accessible Arctic Ocean will increase human activity in the region. We have already witnessed the development and transport of floating nuclear power plants in the Arctic, which raises issues about how waste will be handled, and a possible increase in the risk of radioactive contamination. Climate change could potentially mobilise radioactive materials that currently lie dormant on land and in glaciers, via processes such as permafrost thaw, erosion, precipitation, and extreme weather events – which might also impact infrastructure related to nuclear activities in the region.

Armed with knowledge about radiation risks and threats, authorities are already taking action. One research and development project between the DSA, the Norwegian Coastal Administration and the Norwegian Coast Guard involves deploying drones with radiation detectors onboard vessels that patrol Norwegian territorial waters. Sensors on the drones can send information about levels of radiation in the event of an accident to emergency responders, allowing them to have a clear picture of any possible exposure to radiation from a safe distance to the accident location.

“There are many challenges associated with radiation risks, but we are always working to improve emergency prevention, preparedness, and response to best ensure the safety of Arctic inhabitants and their livelihoods, as well as the Arctic environment,” says Øyvind Aas-Hansen. “The key to this is international cooperation, and in the future, this could lend itself to a possible formal agreement between Arctic States.”