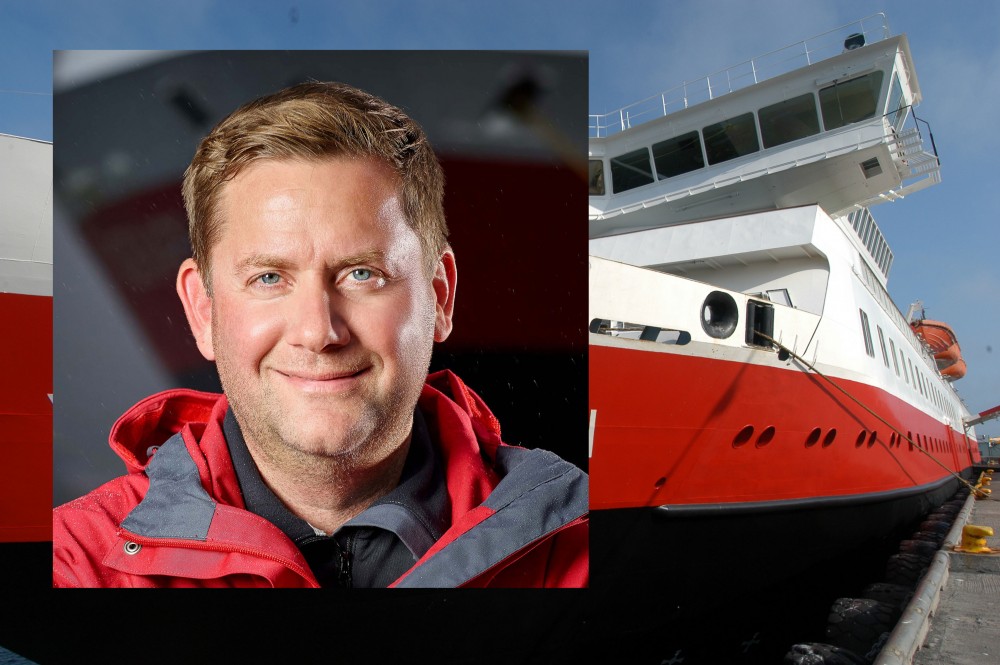 Arctic sea ice melts away and Daniel Skjeldam predicts a big growth in voyages to northern waters.
By

It‘s a paradox but global warming opens more Arctic waters for vessels with tourists who want to see the sea ice before it vanish.

This week, one of the world’s largest cruise ships, the “Crystal Serenity” sails around the north coast of Alaska and into the Northwestern Passage on her voyage towards New York. With more than 1,000 passengers, the vessel is the first large cruise vessel to sail from the Pacific to the Atlantic via Arctic waters.

Passengers are paying from $22,000 to $120,000 apiece for the 32-day voyage that started last week in Seward and will end in New York later in September.

Without naming the “Crystal Serenity” – Hurtigruten’s top boss said proportions are wrong when a vessel has 5-6 times more passengers on board than the communities they are visiting.

“I strongly believe in a big growth in cruise shipping in the Arctic,” he said but called on international guidelines to limit the size of the vessels in northern waters.

Skjeldam was speaking to the audience at an Alaska-Norway Arctic roundtable in Arendal, Norway last week.

«Let’s not wait for the others, let’s be ahead of the development.»

He pointed to the importance of balancing the growth in Arctic tourism with sustainability.

«Sustainable Arctic tourism will benefit customers, companies and communities,» Daniel Skjeldam said and underlined that Hurtigruten will not wait for international guidelines and standards to come in place.

«Let’s not wait for the others, let’s be ahead of the development,» Skjeldam continued.

“There should be a ban on heavy fuel oil in Arctic waters,” he said. “We will have to adopt to highest possible environmental standards.”

Hurtigruten is the largest cruise liner operating in the Arctic with daily voyages along the coast of northern Norway and with expedition vessels sailing the waters off Svalbard, Greenland and Iceland.

Earlier this summer, Hurtigruten announced additional four ice-classed expedition vessels to be built. Daniel Skjeldam was applauded by environmentalists earlier this year when announcing that Hurtigruten’s vessels of the future will be powered by batteries and have zero emissions.

Environmental branding and implementing best available technology solutions is key to success in the future, the company stress.

«I think that’s the kind of tourism who also will win commercially in the future,» Daniel Skjeldam told the stakeholders from Norway and Alaska.

Well aware that Finnish Lapland is the frontrunner in numbers of Arctic tourists, Hurtigruten’s CEO is convinced future travelers will prefer the real life instead of anything artificial.