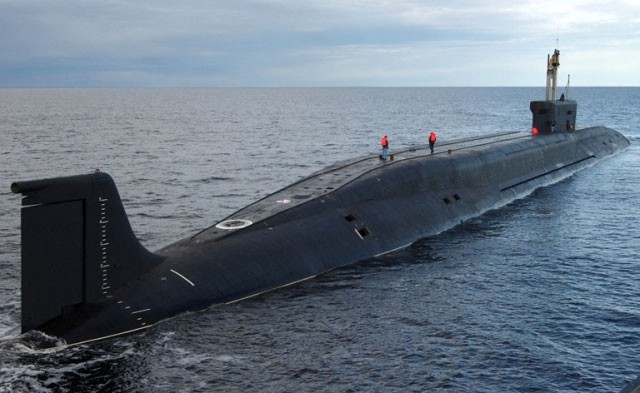 The ”Vladimir Monomakh” is one of Russia's new Borey-class submarines. Photo: Sevmash.ru

With precision, the intercontinental missiles hit their target at the Kura shooting range in Kamchatka, the Russian Armed Forces inform on their website.

It was the first double-launch of Bulava missiles from the ”Vladimir Monomakh”, Russia’s third vessel of the Borey-class strategic subs. The test launch comes as the Russian Navy gets ready for the official takeover of the submarine.

The vessel is expected to be formally taken into active duty by Navy this year.

Captain Viktor Sidorenko and his crew displayed a high level of professionalism and marine skills in their exection of the launch training, the Russian military says. Video footage from the Russian Navy shows the two lightening missiles taking off from the submarine’s submerged position and heading east towards their target