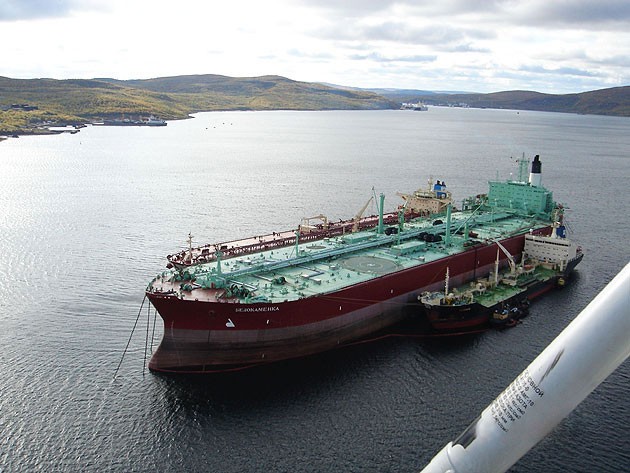 As the ”Belokamenka” leaves Murmansk, a new Floating Storage and Offloading vessel is on its way to the Russian Arctic capital.

The ”Umba” has a deadweight of 300,000 tons and is now enrolled in the Russian Ship Register.

It will serve Gazprom Neft’s two major Arctic projects, the Prirazlomnoye in the Pechora Sea and the Novoportovskoye in Yamal. While the former field is Russia’s only offshore oil production project in the Arctic, the latter is under full development and is due to come into production in 2016.

The ”Umba” was built in Japan in 2001 and previously carried the name ”Berge Kyoto”, ”Sarah Glory” and ”Sasa”. It has double hulls and classification AB.

The ship is at the moment at anchor in Singapor, information from Marinetraffic shows.

According to Q88.com, the tanker is owned by RPK NORD, LLC, a company registered in Nakhoda in the Russian Far East, and operated by Unicom Management Services Limited in St. Petersburg.

The ”Umba” will be stationed in the Kola Bay from 2016, Bloger51 reports with reference to the Shelf Flog Ship Agency.