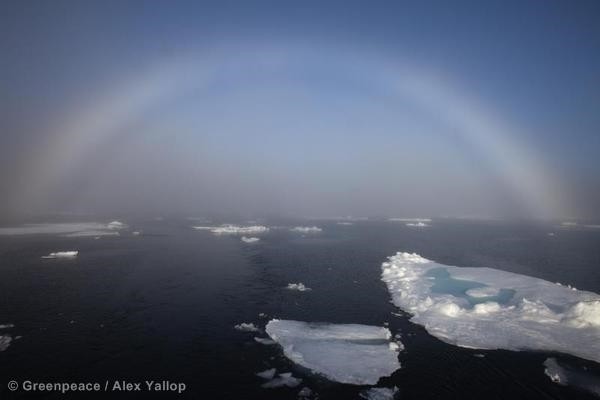 “Drilling in the northern Barents Sea in the summer is challenging enough, but that just doesn’t seem to be enough for OMV,” says Greenpeace Arctic campaigner Erlend Tellnes to the Independent Barents Observer.

OMV recently got approval from Norway’s Environment Agency to drill the two wells Wisting Central II and Hassel southeast of Bjørnøya and 315 kilometers north of Hammerfest in Norway’s Arctic waters.

The controversial drilling is to take place in the same area as OMV earlier this year made a drilling that later was criticized by Norway’s Petroleum Safety Authority. A report from the agency said OMV had not any risk assessments for possible collision with icebergs.

“The conditions in January are extremely difficult and we are afraid that the darkness, cold and heavy icing on equipment will be too much for them to handle,” says Erlend Tellnes.

He is afraid there will be spills or other serious accidents.

In its application to the Environmental Agency, OMV assures that the drilling can be carried out in an acceptable way with an acceptable environmental risk. Dedicated vessels for detecting oil spills and having oil recovery equipment will be at the location at all time.

“With the measures described in this application, OMV considers that the drillings at Wisting Central II and Hassel can be done without negative consequences for the environment at location and the waters as such,» the application reads.

Greenpeace’s Erlend Tellnes says OMV is pushing the limits in the Arctic.

“It is a sad irony that just months after Shell left Arctic Alaska, and weeks after the UN Climate Summit in Paris, OMV partnering with Norwegian Statoil is still determined on pushing the limits in the Arctic. Norway stands alone in looking for resources that by no means would be profitable in today’s marketplace anyway,” Tellnes argues.

Greenpeace has filed a complaint to the Environmental Agency over OMV’s drilling winter drilling in the Barents Sea.

In 2013, OMV announced a discovery at Wisting and the company said the existence of oil proves the great potential in the area.