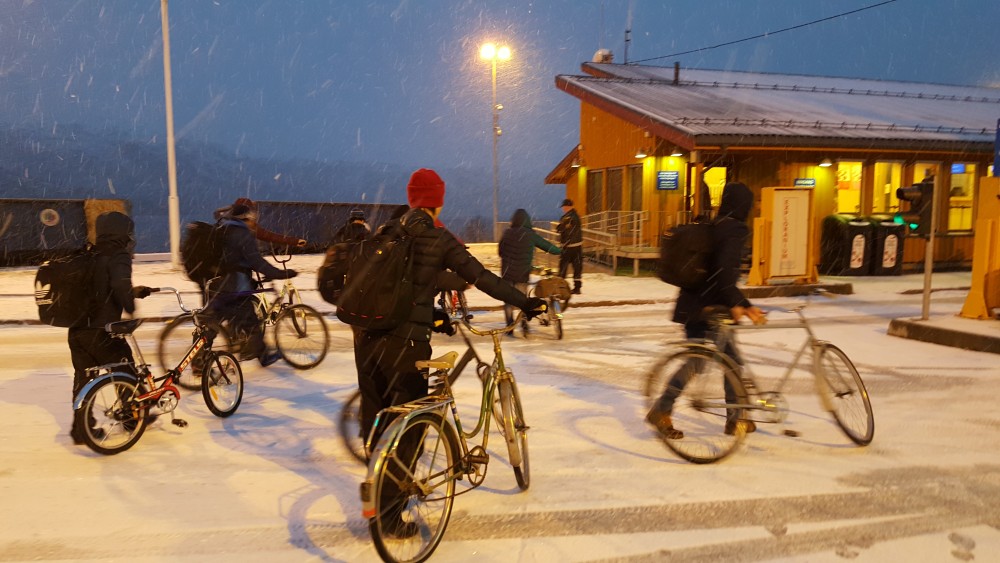 More than 5000 migrants arrived on bicycles at the Storskog border-crossing point in course of a few months. Photo: Thomas Nilsen

Russia will not accept the return of migrants who have travelled from Russia to Norway because they might have given false information, Foreign Minister Sergey Lavrov says.
By

“This concerns people who came to Russia with the intention to either work in Russia or visit relatives. They did not state their true purpose with the visit – transit to Norway”, Lavrov said at his annual press conference in Moscow today, NRK reports.

“This means that they had intentionally given false information about their visit to Russia. This is the reason why we do not want to have these people back in Russia”.

Earlier Russian authorities have informed Norway that they are willing to receive people with legal permission to stay in Russia, and also people with multi-entry visas.

Norway´s Foreign Ministry is now trying to find out what lies behind Lavrov´s statement, communication adviser Rune Bjåstad says to VG. “We have an agreement with Russia that regulates the question of return between out two countries. We assume that our joint agreements will be kept”. According to Bjåstad, yesterday´s meeting between Norways´Embassy in Russia and Russia´s Foreign Ministry gave no indication that the Russians had changed their attitude in relation to the return agreement.

A planned return of migrants from a refugee camp outside the northern town of Kirkenes to Russia this weekend was stopped on request from the Russians. The reason given was safety concerns with transporting people in the extreme cold that has ruled the border area the last couple of weeks.

More than 5000 people came from third countries to Norway via Russia in course of a few months of the autumn and winter of 2015. Following a string of restrictive measures from Norwegian authorities, the migrant flow came to a stop, and since November 29th, not a single asylum seeker has made it to Storskog, the Norwegian border crossing point.