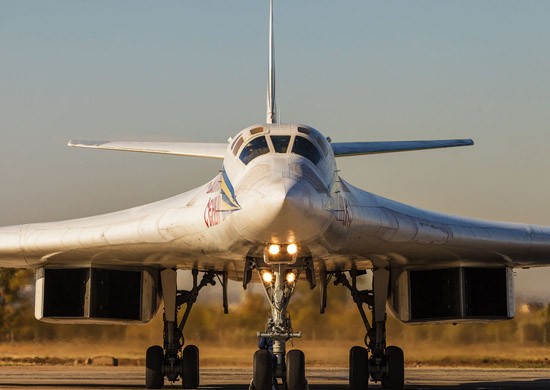 Olenegorsk airbase is becoming important infrastructure in Putin’s power politics says Defense Analyst. The sortie shows that Russia practically can reach most targets in the world with its long-range bombers.
By

On November 20th last year, two supersonic Tu-160 strategic bombers took off from the 3,500 meter long runway at Olenegorsk south of Murmansk on the Kola Peninsula.

The airfield is not the home for Russia’s fleet of Tu-160 long-range bombers.

“This long sortie can be seen as demonstration that the Russians can rival the Americans, at least partly, in capacity to fly bomber sorties from own bases to very many places,” writes Defense Analyst John Berg in an article for the Norwegian Military Officers’ Association.

Flights from the northern airfield of Olenegorsk where aircrafts actually have participated in real bombing are extraordinary and totally new. Such war participating flights from the Arctic have never happened before, not even in Soviet times.

“The Russians demonstrated that they could show its military power after flying straight beside us, the Brits, France, Portugal and Spain – and into the Mediterranean where NATO has quite a density of activities,” John Berg argues.

Over the eastern part of the Mediterranean, the Tu-160 launched missiles at targets in Syria.

After carrying out the missile launches, the aircrafts crossed over Syria, Iraq and Iran before flying over the Caspian Sea and home to their base in Engels outside Saratov in southern Russia.

The sortie from Olenegorsk covered 13,000 kilometres and lasted about 16 hours.

After the two Tu-160 flied west in the Barents Sea and turned south over the Norwegian Sea west of North Cape, two Norwegian F-16 were scrambled from Bodø air base, in what the Norwegian Head Quarters says was a routine identification mission.

Press-spokesman at the Norwegian Head Quarters, Ivar Moen, however underlines to the Independent Barents Observer that no comments can be given on where the aircrafts came from. “We do never comment on movements of Russian forces,” Moen says.

Murmansk Governor Marina Kovtun was more free-spooken when she in December posted a photo from Olenegorsk airbase confirming participation in the on-going bombings in Syria.

Her twitter-photo was soon deleted and replaced by a text stating the same, but did not mention Olenegorsk air base. News portal Flashnord later found the deleted tweet in the cache of Russia’s Internet search engine Yandex. A source in FSB told Falshnord that photographing the airport “is strictly regulated and can only be done from certain angles.”

Kovtun’s photo was from her visit to the airfield in August last year and shows her together with officers from the air force looking at a plane. In the background, a Tu-22 bomber is visible.

“It seems like Kola acts increasingly as a military resource pool for operations elsewhere,” Åtland said.

In December, the Russian Kilo-class submarine “Rostov-on-Don» launched a Kalibr cruise missile from its position in the Mediterranean towards a target I Syria. The submarine came directly from a testing period in the Barents Sea.