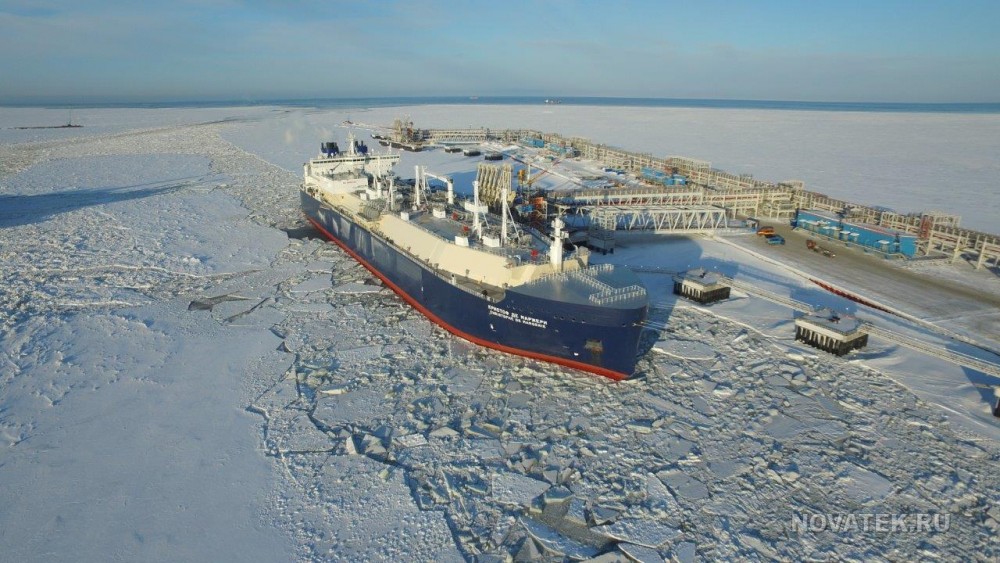 LNG tanker at port in Sabetta where NOVATEK has its YAMAL plant. Photo: NOVATEK

First two tankers with liquid natural gas from Russian Arctic via the Northern Sea Route arrives in China.
By

Voyage time from the port of Sabetta, where NOVATEK has its Yamal LNG plant, to the port Jiangsu Rudong was 19 days. That is nearly half the time a similar shipment via the Suez channel and the Strait of Malacca would take.

During the first part of the route, through the Laptev Sea, the vessels had to sail in up to two meters thick very close drift ice. It was also plenty of ice in the East Siberia Sea.

“The Northern Sea Route ensures shorter transportation time and lower costs, which plays a key role in developing our hydrocarbon fields on the Yamal and Gydan peninsulas,” says Leonid Mickhelson, Chairman of NOVATEK’s management board in a statement.

Mickhelson underlines that utilizing the Northern Sea Route contributes to the development of Russia’s northern regions and is very important for the country’s economic development.

Two tankers, each with a capacity of 170,000 cubic meters of LNG, sailed after each other through the ice along the north coast of Siberia and arrived in Jiangsu Rudong on Thursday this week.

The two tankers on the historic voyage are “Vladimir Rusanov” and “Eduard Toll”, both so-called Arc7 LNG tankers.

Yamal LNG will utilize a fleet of 15 Arc7 ice-classed tankers to bring the liquid natural gas to the markets. At the moment, NOVATEK has five such carriers at its disposal.

Although being the first LNG-carriers to sail from Sabetta to China, the tankers are not the first to sail with LNG to Asia via the Northern Sea Route. Last summer, the tanker “Christophe de Margerie”, also built to serve Yamal LNG, sailed from Melkøya gas terminal on the Norwegian Barents Sea cost to South Korea. The vessel made it through the Northern Sea Route without icebreaker assistance in record short time.