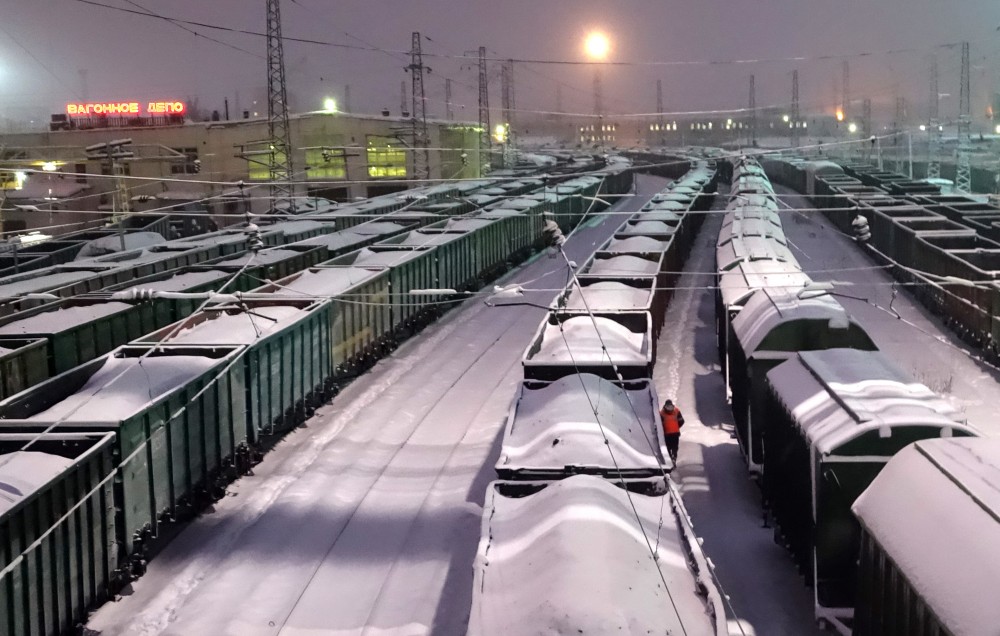 The economy is in crisis, but the country still proceeds with plans for a string of ambitious Arctic projects.
By

As the fate of Russian investment programs appears increasingly unclear, Prime Minister Dmitry Medvedev this week signed a decree which confirms his government’s commitment to a total of 73 projects.

Of them, the following six are unfolding in the Arctic:

1. The Murmansk Transport Hub, the infrastructure object which includes the construction of a railway line along the western bank of the Kola Bay. Several major industrial projects are planned in the area, among them Novatek’s plant for construction of modules for Arctic gas installations. However, speculations about the reliability about the project have been growing, and Rosneft is reported to have abandoned its planned oil terminal in the area.

2. Bridge across the Ob River. The bridge, which will be built near the city of Salekhard, is a key element in the Northern Latitudinal Railway (“Severny Shirotny Khod”), the grand initiative on the building of a 707 km east-west connection between Nadym and Labitnangy. The line will help link two of Russia’s key Arctic railway lines, the Northern Line from Arkhangelsk and the line between Nadym and Tyumen.

3. The Sabetta Port and adjacent infrastructure. The port will have an annual capacity of up to 30 million tons and will be linked with a 50 km long sea channel stretching into the peninsula. The infrastructure is to serve the Yamal LNG project, the nearby gas field operated by Novatek.

4. The LK-60 icebreaker. The government confirms that it will proceed with the construction of the world’s most powerful icebreaker, the nuclear-powered LK-60 (project 22220). The ship will be able to operate in three meter thick ice. The first vessel of the class, the «Arktika», is to be ready for service in 2019. Lately, questions have been raised about possible major delays in the construction of the vessel.

5. The LK-60 II. The government list also includes the construction of a second icebreaker of the class. The vessel is to be completed in year 2020.

6. Highway to Norway. Among the infrastructure projects is the upgrade of the M18 (E108) highway between Murmansk and the Norwegian border. As previously reported, the construction of the last piece of the road was last year temporary halted, but again resumed in February this year. The new road will significantly upgrade the standard of the connection between the border towns of Nikel (Russia) and Kirkenes (Norway).

On the list is also an infrastructure project in Karelia, the upgrade of the road between St.Petersburg and Petrozavodsk.

The state share in the investment projects is covered by the National Welfare Fund and federal special-purpose programs, Medvedev says.

At the same time, the premier says that he keeps the door open for the Ministry of Economic Development to make adjustments in the list. And investment cuts could ultimately be unavoidable as the country’s economy continues to spiral downwards.

Such cuts are already in the pipeline. In a recent meeting with President Putin, Russian Central Bank Director Elvira Nabiullina reportedly called for the halt and postponement of 41 projects. Among them is supposedly the LK-60 icebreaker projects.