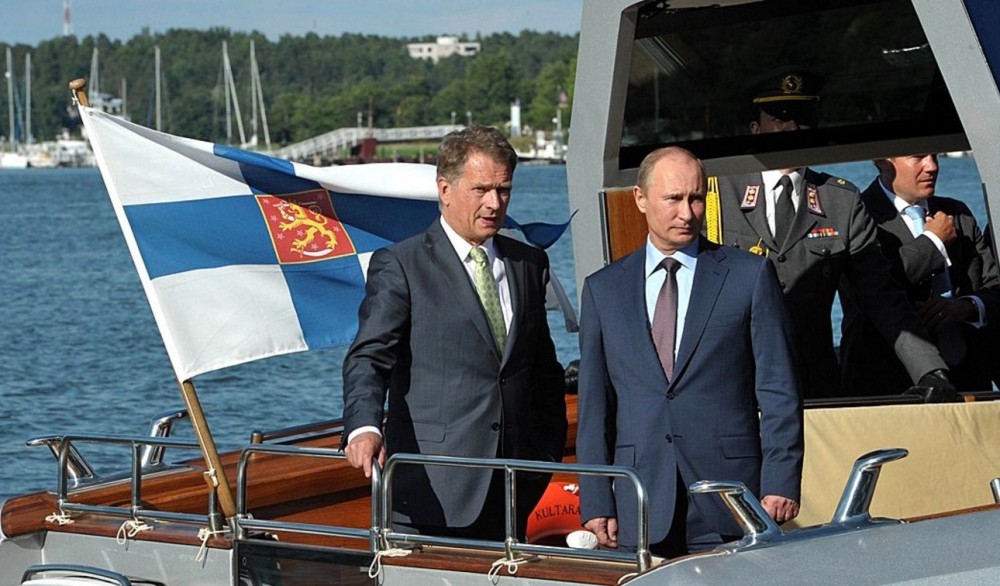 It will be a working visit, the Finnish presidential office says about the meeting due 1 July.
By

The Russian president will be welcomed by his Finnish counterpart Sauli Niinistö at the Kultaranta summer residence near Naantali, southwest Finland.

The Presidents will discuss bilateral relations between Finland and Russia, as well as topical international issues, such as the Ukrainian crisis, and the situation in Syria and the Middle East, the Finnish presidential office informs.

According to a press release from the Kremlin, the meeting will include discussions on «a wide range of issues of importance to the development of Russian-Finnish relations, among them trade and economy, culture and inter-regional and cross-border cooperation».

The Finnish president has been among the most frequent western discussion partners of Vladimir Putin. The two men have met on a number of occasions, last time in Moscow in March this year. Then, the two state leaders took the unprecedented step to close the two northermost border crossing points between the countries for third-country citizens.

The «temporary limitations» introduced on the border-crossing points of Salla and Lotta also include citizens of neighboring Norway and Sweden. The measure took effect in early April this year.