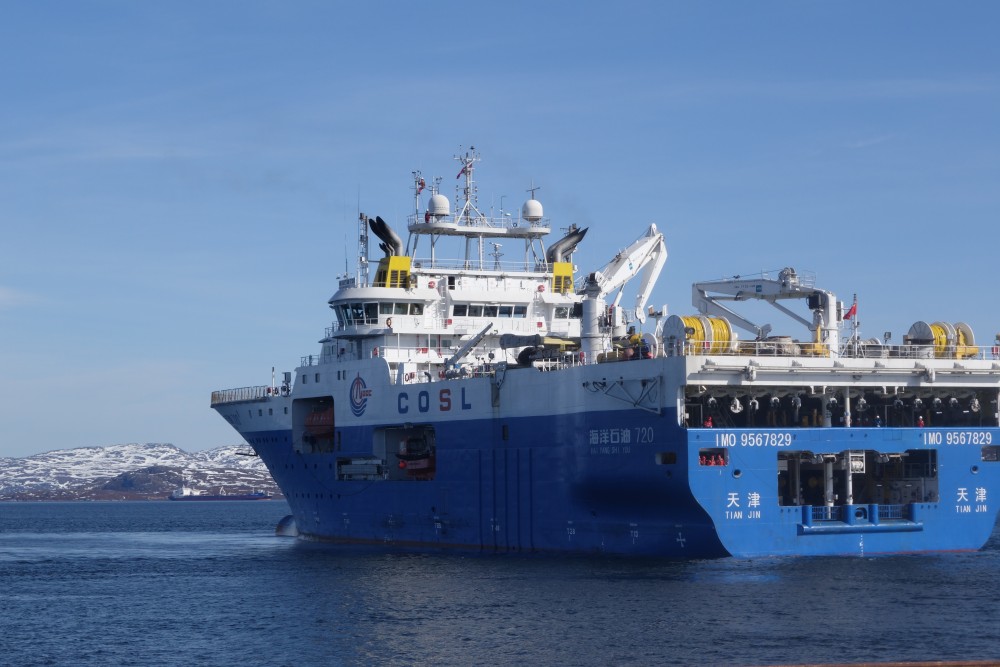 Rosneft completes 5000 km of 2D seismic mapping near the Arctic archipelago.
By

The mapping of the Albanovsky license area was conducted in the period April-July, Rosneft informs.

It is likely that the mapping was executed by the China Oilfield Services Ltd (COSL), an oil exploration company with which Rosneft has a cooperation agreement. COSL is all of this summer represented in the Barents Sea with the vessel «Hai Yang Shi You 720».

The Albanovsky license covers a 51,5 thousand square kilometer area located south of the Franz Josef Land. It is one of the northernmost areas ever explored by oil companies.

An assessment in 2009 estimated that the Albanovsky area contains144.2 million tons of oil, 43.3 million of which is extractable, and 1,254.4 billion cubic meters of gas. Rosneft has several more nearby licenses, among them the Varnetsky, West-Prinovozemelsky, Perseevsky, Tsentralno-Barentsevsky and Fedynsky.

The company’s exploration program in the area will be conducted in the period 2016-2020, and will include also bathymetric surveys and taking samples of bottom sediments.

In October 2014, Rosneft completed it first offshore Arctic well drilling. That revealed major hydrocarbon resources in the field which later got the name «Pobeda». The structure is located in the central parts of the Kara Sea.