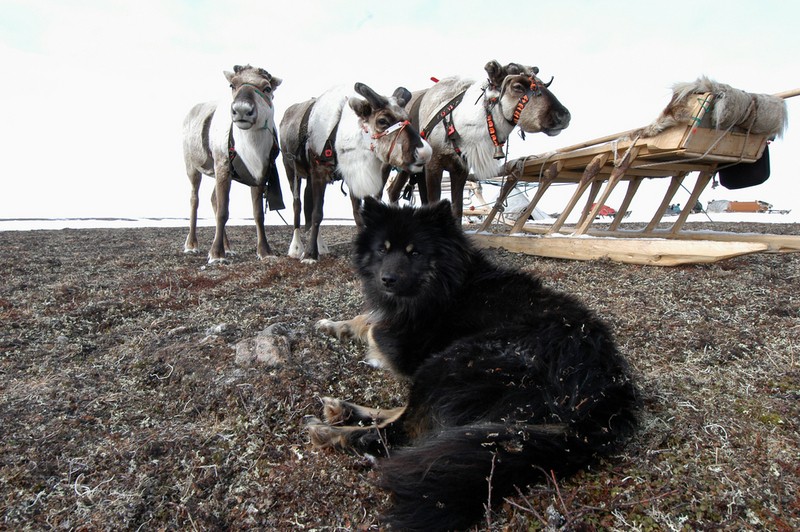 Reindeer grassing at an old burial place for diseased animals that died long ago are believed to cause Russia’s largest outbreak of anthrax in decades.
By

Likely, the reindeer have been infected by anthrax from animals that died of the bacteria long time ago and were buried into the tundra. When the tundra melts, the bacteria are again coming to the surface.

Spores of the pathogen can persist in soil for more than 70 years, the official newspaper in the Sverdlovsk region, Oblastnaya Gazeta, writes on Thursday.

According to the newspaper, the outbreak on the Yamal Peninsula is highly unlikely to spread to other regions.

Quoting veterinarians, the Oblastnaya Gazeta warns people from buying meat from private individuals at markets where there are no veterinary control.

People in Sverdlovsk should now the risk. Back in 1979, the area had the worst outbreak of Anthrax in Soviet history. Official figures says 64 people were killed, while other sources, like Wikipedia, claims around 100 people died.

Burial places of infected animals and graveyards with people killed by the bacteria are annually monitored.

Sverdlovsk region, with its capital Yekaterinburg, is located in the South Urals, thousands of kilometres south of the Yamal Peninsula in the high north of Siberia.

The current outbreak on Yamal is said to be the first in 75 years.

Some 1,200 reindeer have died in the current outbreak. RIA Novosti quotes the press office of the governor of Yamalo-Nenets AO saying the area with the disease now is totally localized and isolated.

Life News reports the number of hospitalized people have reached 34. Among them are children placed in intensive care.

Russia’s Chief Sanitary Doctor Anna Popova is now in Salekhard, the capital of the okurg, to monitor the anthrax outbreak. At a joint press conference with Governor Dmitry Kobylkin, she confirmed that the situation is extraordinary.

“Since 1941 there has not been any anthrax precedent, neither in animals nor people in this region,” Popova said.

“Today, the situation is under control.”

She underlined, however, the importance that people in the region follow all recommendations.

“We need people to be prepared for medical examinations, medical assistance, to conduct preventive vaccinations.”