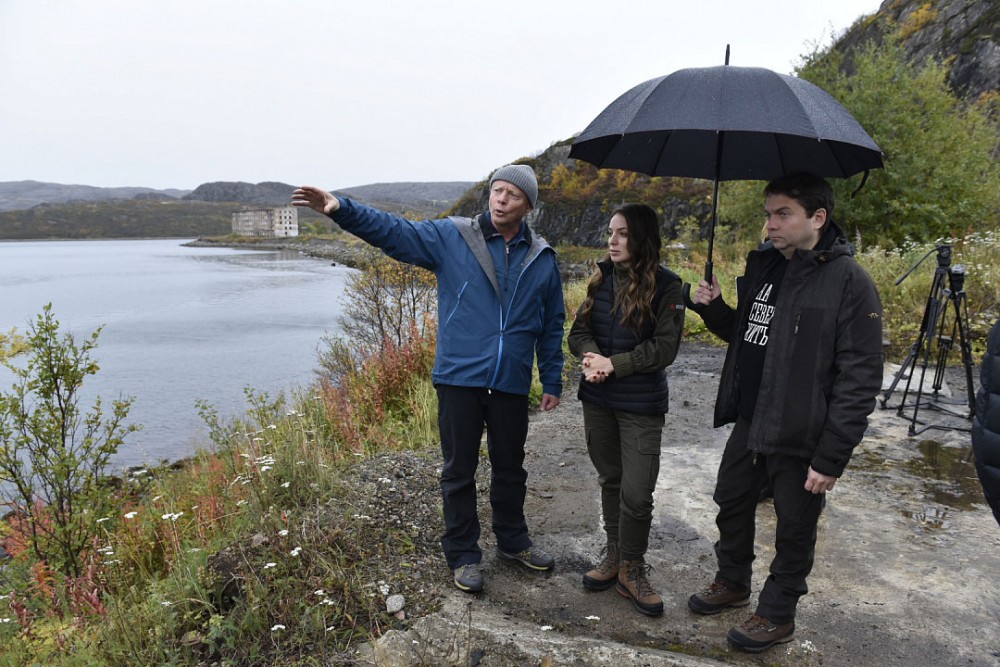 As the mining and metallurgy company closes it aging plant in Nikel, it invests billions in a nearby major tourism complex.
Read in Russian | Читать по-русски
By

It is company subsidiary Port Liinakhamari that is leading the development of the complex that could become one of the major tourist attractions in the Kola Peninsula.

According to regional Deputy Governor Olga Kuznetsova, the tourism complex located only few kilometers from Norway, will have several 3 and 4-star hotels and glamorous camping facilities, so-called glamping.

Included in the plans is a yacht club with space for up to 150 yachts, Kuznetsova said in a conference on Arctic tourism this week.

The company has already won the right to engage in recreation king crab fishing and visiting tourists are ultimately to be offered king crab safari, as well as several more local adventures.

New local hotels will have up to 900 beds and there will be a serious upgrade of local infrastructure. The Liinakhamari seaport will be able to host major cruise vessels and the nearby Korznovo airport that was closed and abandoned in the 1990s will be reopened, the developers say.

Construction start is set to 2021 and the whole complex is to be ready “before 2030”, news agency Interfax reports. Up to 14 billion rubles (€157 million) is to be invested in the project and 500 new jobs created.

Talks with the Ministry of Defense about the take-over of the Korsunovo air fields, as well as land on the coast of the Pechenga Bay, are already in process, according to representatives of NorNickel.

This week, the site for the projected complex was visited by Zarina Doguzova, leader of Russian state tourism agency Rosturizm.

“Liinakhamari is a potential growth point for tourism, after all Murmansk Oblast is located only a two-hour flight from Moscow. And then you are in the real Arctic, on the edge of the world by the Barents Sea! Here is an unbelievable beauty of nature, northern lights, culture and traditions of indigenous peoples, local gastronomy,” Doguzova said after her meetings with regional Governor Andrey Chibis.

The tourism project has been included in a favorable tax regime recently established in the Murmansk region. It comes as mining and metallurgy company Nornickel is about to close its smelter in Nikel. The plant that over decades have seriously polluted the vulnerable local nature is to be closed before the end of 2020 and several hundred people could end up without jobs.

The Liinakhamari project is presented by NorNickel as a way to replace the economic activity lost with the closure of the Nikel plant.

In the Soviet period, Liinakhamari housed a Northern Fleet naval base. In the post-Soviet period, the small village and adjacent Pechenga Bay has been used for salmon farming and minor tourism initiatives.

Before 1944, Liinakhamari and the surrounding Pechenga area belonged to Finland. It was annexed by the Soviet Union after the Second World War.

These are Arctic waters of major military strategic importance. The Pechenga Bay does not freeze in winter.

The bay was actively used by occupying Nazi forces during the 2WW. Following the end of the war, a major Soviet war memorial was built on site.

That memorial however was deliberately demolished by unknown persons on the 14th September, only few days ahead of the visit to site by Governor Chibis and Rosturizm leader Doguzova.