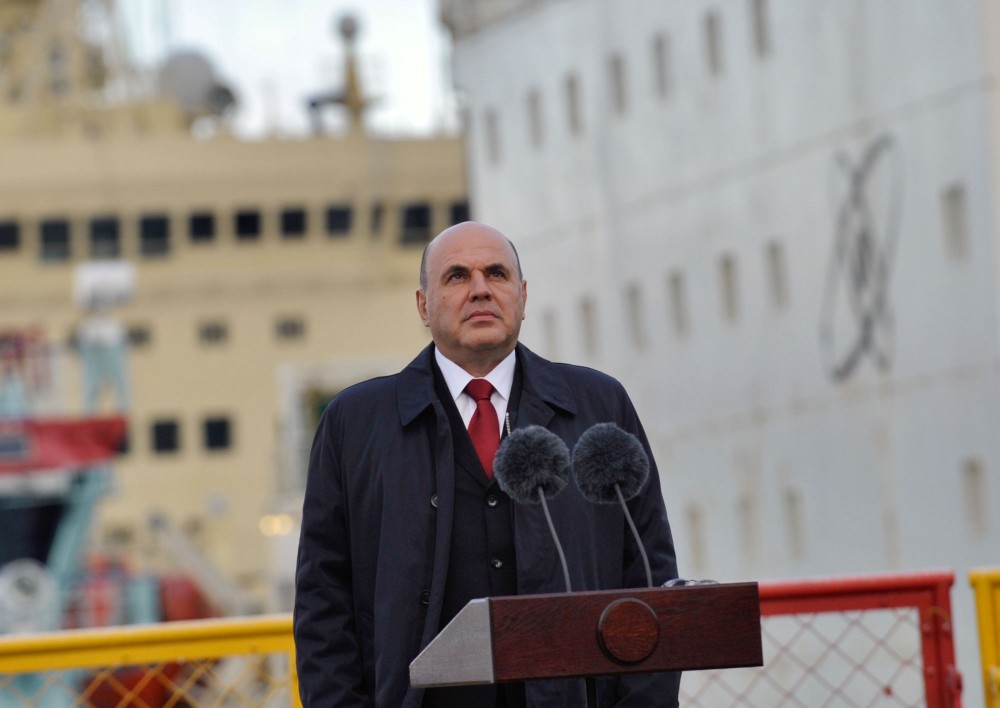 Prime Minister Mishustin wants to tap into vast oil and gas resources on the Arctic shelf and commissions his cabinet ministers to make a plan for big drilling.
Read in Russian | Читать по-русски

While governments and energy companies in Europe rapidly scale down investment in petroleum, the Russian side moves in the opposite direction.

The document includes an ambition to produce up to 91 million tons of LNG per year by 2035 and a boost of Arctic oil production to 26 percent of total national output.

On Monday this week, Prime Minister Mikhail Mishustin followed up with a series of instructions for his cabinet ministers.

The list of 21 points includes a plan on drilling in Arctic waters. The plan is to be presented by the Ministry of Natural Resources by 18th December this year and include exploration and mapping, as well as sources of financing.

At the same time, the Ministry of the Far East and Arctic is requested to propose tax incentives for the oil and gas companies in the region. And the Ministry of Industry and Trade is commissioned to present a plan that is to boost national capacities in offshore technology and reduce dependence on foreign drilling and exploration equipment.

Russia has vast hydrocarbon resources on its Arctic shelf and the country’s government is eager to expand into the pristine region. According to the newly adopted Arctic Strategy there is up to 85,1 trillion cubic meters of natural gas and 17,3 billion tons of oil on the Russian Arctic shelf.

Resources are abundant also on land, and Prime Minister Mishustin calls for the organization of a government session on the development of resources in the Yamal Peninsula. The meeting must be held before 10th December and include discussion on extraction, processing and transportation of hydrocarbons, the government decree reads.

The list of instructions from PM Mishustin follows his visit to Murmansk in late October. Shipping on the Northern Sea Route was high on the agenda during that visit and conflicting views on route development was evident among the government ministers.

Whereas nuclear power company Rosatom has made clear that Vladimir Putin’s much-desired 80 million tons of shipments on the route by 2024 will not be possible, Minister of the Far East and Arctic Aleksandr Kozlov is confident that the President’s target can be met.

In the meeting, Kozlov listed the commodities that will help Russia reach the 80 million tons. A key share of the volumes is oil from Rosneft’s Vostok Oil project and LNG from Novatek’s Yamal and Arctic LNG 2 projects.

Prime Minister Mishustin now demands that Kozlov formalizes his outlook on Arctic shipping. By 4th December, the Minister of the Far East and Arctic will have to present an official prognosis on shipping flows on the Northern Sea Route by year 2030 and 2035. On the basis of that lies the minister’s estimates for year 2024, the Government informs.