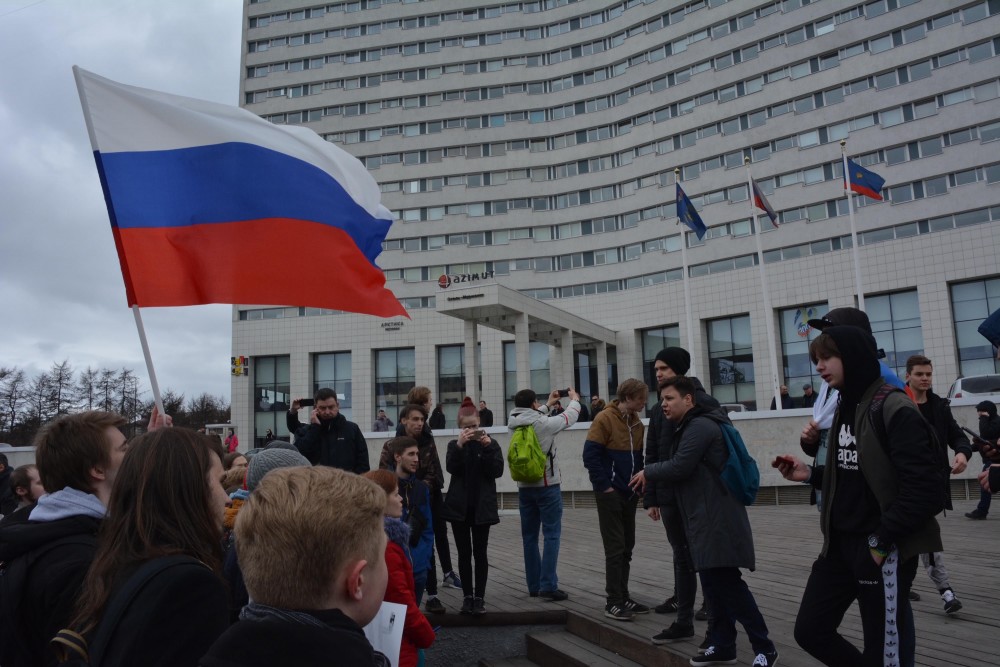 The fine is to cover police officers' overtime expenses and fuel costs in connection with an unsanctioned rally in early 2021.
Read in Russian | Читать по-русски
By

About 100 people rallied in downtown Murmansk on the 31st of January 2021 in a protest against the politically motivated arrest of Aleksei Navalny. Several people were arrested, among them local politician Violetta Grudina and her deputy Aleksandr Surinov.

The rally was part of a country-wide wave of protest that was brutally suppressed by police and the National Guard (Rosgvardiya). More than 4,000 people were arrested across the country, many of them journalists.

Surinov was one of the organizers of the rally in Murmansk and got six days behind bars.

However, the troubles for the local activist did not end with the rough police treatment in early 2021. Almost a year later, a court decides that Surinov must pay 278,000 rubles (€ 3,340) for “material damage” inflicted on the local police forces that were on duty on the day of the event.

According to the National Guard, the fine is to cover overtime expenses for the officers on duty, as well as fuel costs for the trucks and police cars that were on site. Information about the case is provided by Violetta Grudina

Surinov and Grudina have long been leading representatives of Aleksei Navalny’s regional office in Murmansk. Both have experienced repeated crack-down by police and local authorities. In April 2021, perpetrators broke into Grudina’s downtown office and painted swastikas on the walls and rampaged the premises. Almost at the same time, someone fired gunshots against the office windows.

The threats did not make Grudina give up her plans to run for a seat in the Murmansk City Council. Despite a forced hospitalization, she succeeded in submitting her registration papers. However, the local Election Commission ultimately still turned down her candidacy.

The year 2021 has seen a sharp hike in political repression in Russia. Independent, government-critical NGOs are almost eradicated, the free media is curbed and the number of so-called “foreign agents” has mounted.

In late December, the state media authority Roskomnadzor blocked the website of OVD-Info, the independent media resource that reports on government repression on the media and NGOs. The OVD-Info is now available only by social media, such as Telegram, Twitter, Facebook, Instagram and VK.