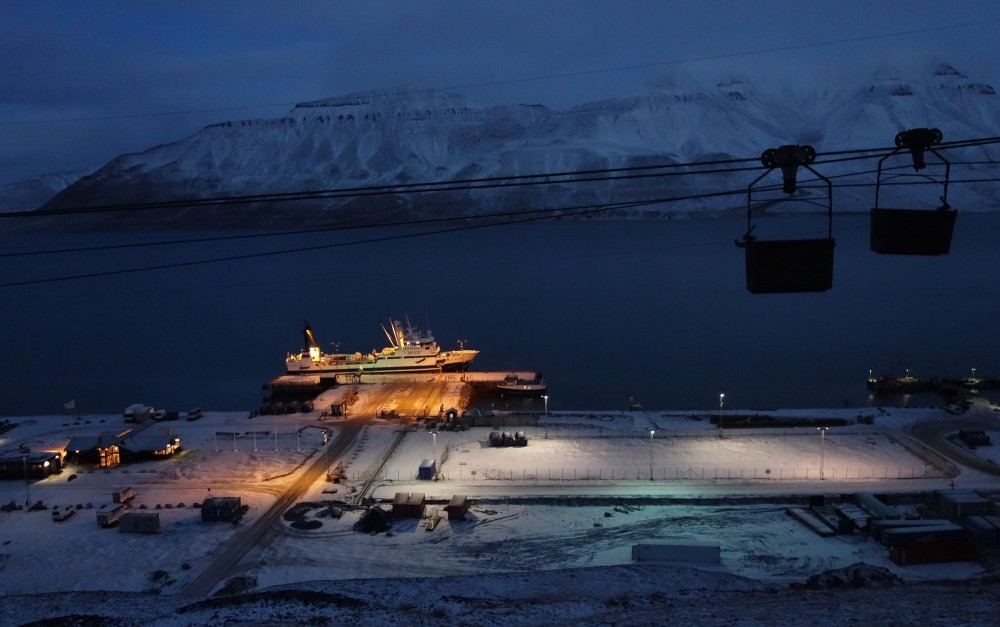 Moscow argues that a Russian search and rescue service is needed to protect its expanding activities in the area.
Read in Russian | Читать по-русски

It did not pass many hours after yesterday’s tragic helicopter crash outside Barentsburg before Anatoly Leontiev, a representative of the Russian Fishery Agency (Rosrybolovstvo), loudly repeated his message that it is high time to build a Russian search and rescue base in Svalbard.

«The tragic situation once again brings to the front the question about the need for a Russian rescue base in Spitsbergen», he told TASS.

«The presence of Russian rescue workers on site is extremely needed, after all there is a big fleet [of trawlers] working there, and then there is the Arktikugol».

According Leontiev, the leader of the Fishery Agency’s search and rescue expeditionary unit in the north, there are no Russian rescue workers in the area «because the Norwegians are categorically against it, they refuse to approve the establishment of the rescue base in the archipelago».

The statement from the fishery official comes few days after Russian Foreign Minister Sergey Lavrov devoted the lion’s share of his press conference following the Barents Euro-Arctic Council meeting to criticism of Norway’s policy in Svalbard.

According to Lavrov, Norway is illegitimately restricting Russian company Arktikugol and its flying with helicopters in the archipelago, and also the development of Russian research and tourism activities in the area.

The proposal to establish a rescue base in Barentsburg, the Russian-dominated settlement in the area, is well rooted in the Russian government.

The Commission on the provision of Russian presence at Spitsbergen, a Russian governmental body headed by Deputy Prime Minister Arkady Dvorkovich, has the establishment of the base as one of its priority issues.

In a meeting in April this year, the Commission requested the federal Fishery Agency to elaborate on the question how to make the base become reality. In addition, the Commission also proposes to increase financing for Russian research activities in the area. It also wants PINRO, the Polar Research Institute of Marine Fisheries and Oceanography, to establish a permanent station in the area.

In December 2016, the «Murmanryba», a vessel operated by the Fishery Agency, arrived in Longyearbyen to assess possibilities for the building of the rescue and emergency port.

According to Per Arne Totland, a writer and expert on Svalbard, there is no reason why this week’s helicopter crash should have any effect on Russia’s bid for a base in the area.

«First of all, it appears that the Norwegian search and rescue effort has been very efficient, with big resources on site and good coordination in short time, - in other words there is little to criticize.»

«Secondly, the Norwegian authorities will remain firm in their stance, and they have all right to be so,» Totland says in a comment to the Barents Observer.

«Svalbard is Norwegian territory and it is Norway’s responsibility to provide security and rescue services», he underlines.

The Russian bid for control over rescue operations in emergency situation in the area is not new.

According to Totland, the same was the case when the Soviet cruise vessel «Maxim Gorky» in 1989 collided with an iceberg and in connection with the air crash on the Opera Mountain in 1996.

It is the Joint Rescue Coordination Centre of Northern Norway (JRCC) which is responsible for search and rescue operations in Svalbard together with resources from the Governor of Svalbard.

The archipelago is a sovereign part of Norway and managed by Norwegian legislation. At the same time, the Svalbard Treaty from 1920 gives individuals and companies from the signatory states  the right to engage in exploitation of local natural resources. Russia has for decades been strongly represented in Svalbard, first of all with the state-owned mining company Trest Arktikugol.

Russian authorities have over the past years significantly strengthened their presence on the Norwegian archipelago.

In 2014, the country’s government decided to establish a new research center in Barentsburg. The center, which is managed by the Russian Arctic and Antarctic Research Institute together with the Russian Hydrometeorological Service, today includes representatives of 12 research organizations and government agencies, the center website informs.

In addition comes a strong growth in tourism. According to Aleksandr Veselov, leader of local mining company Arktikugol, the number of tourists visiting Barentsburg in 2016 totaled 27,000, of which about 600 were from Russia.

The expanding activities are reflected in local population numbers. Figures presented in the recently presented fiscal budget document for Svalbard, the number of people living in Barentsburg now totals 573, an increase of 100 (21%) from 2016.