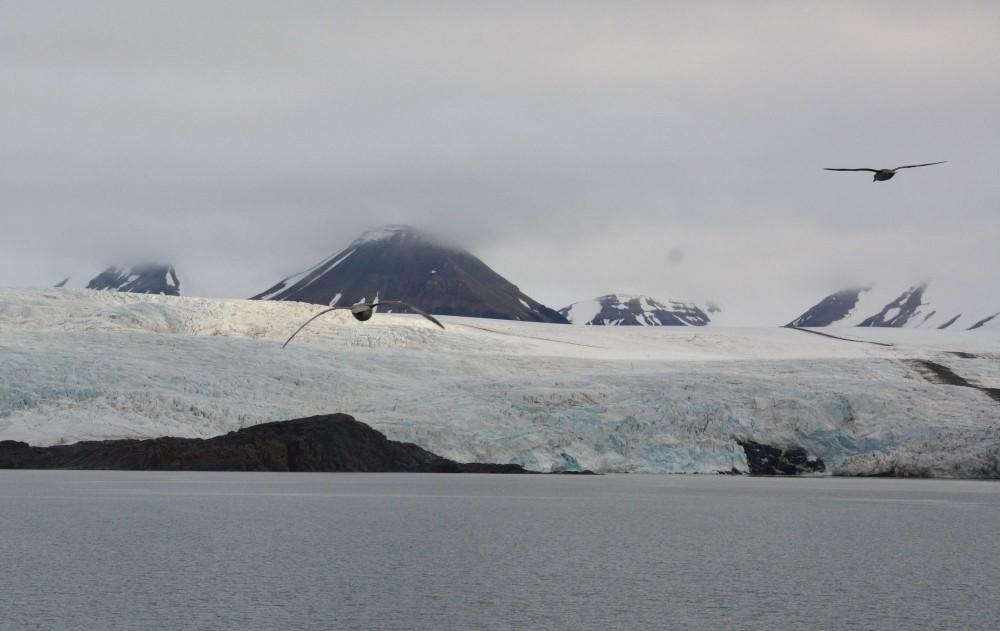 A group of Russian climate researchers outline a further multi-degree warming of the Arctic.
Read in Russian | Читать по-русски
By

According to the Russian Marchuk Institute of Numerical Mathematic, climate gas emissions are leading to a continued rapid temperature increase in the northernmost part of the planet.

By the end of the century, average temperatures in the central parts of the Arctic could be 20 °С higher than what is considered normal for the region.

The scenario is based on a continued major emission of climate gases, Senior Researcher Yevgeny Volodin told to TASS.

However, also with a significant cut in emissions, temperatures in the region will continue to increase, Volodin explains.

“Even in a situation where the world community by 2050 reaches a zero-emission target for climate gases into the atmosphere, the Arctic will in any case be 2-3 degrees higher than today because of the inertia of the climate system,” the researcher says.

The Marchuk Institute of Numerical Mathematic is part of the Russian Academy of Science and has modeling of climate change scenarios as one of its main research areas.

The Arctic is part of the planet with the quickest warming, and 2020 was the warmest year on record. Parts of the Russian Arctic was more than 7 °С warmer than normal.

The latest climate report from Russian meteorological service Roshydromet says that average winter temperatures along the Northern Sea Route, the waters located along the country’s Arctic coast, have increased by about 5 degrees since the 1990s. The warming is most significant in the areas around the Kara Sea.

The heat shocks are coming not only in the air. In the summer of 2020, Russian researchers measured water temperatures more than 5 degrees higher than normal in parts of the Barents Sea and Kara Sea.

Effects for the Arctic sea-ice are devastating. The waters along Russia’s remote Arctic coast were in 2020 free of sea-ice earlier than ever on man’s memory, and shipments across the eastern parts of the Northern Sea Route started already in May.