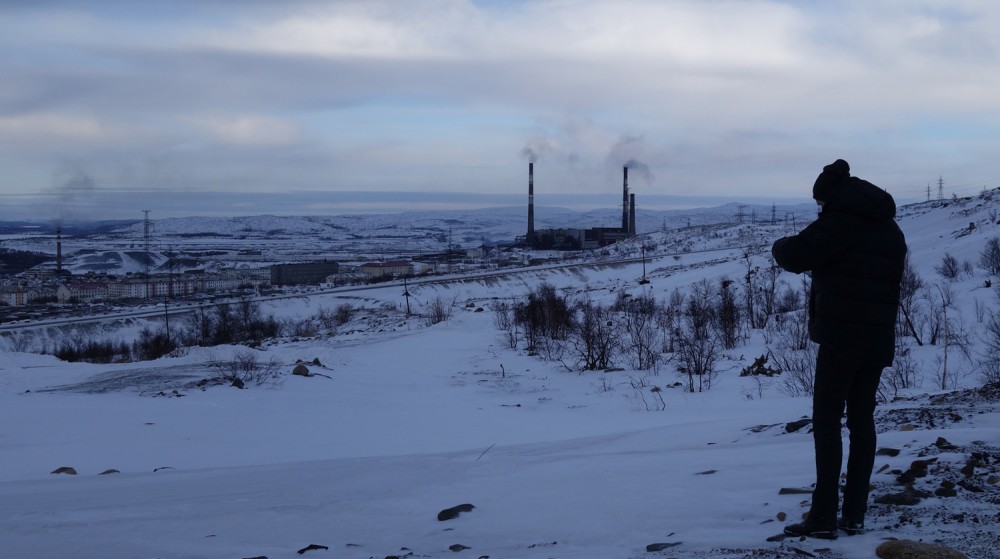 Sulphur dioxid gas still lies thick over over the nickel plants located along the border to Norway. But there are now major emission cuts in the making, the company says.
Read in Russian | Читать по-русски
By

Poisonous air on 25th January rolled over the border and into the Norwegian settlement of Svanvik where local authorities quickly recommended people to stay indoor. It was another day with heavy emissions from the melters in Nikel, the nearby company town of mining and metallurgy giant Norilsk Nickel.

The company that same evening decided to temporary reduce production in a bid to curb emissions.

«After we got the information about the unfavourable weather conditions we introduced limitations in the technological regime of the melter in Nikel, even down to a halt in the feeding of raw materials to the furnaces,» says Yevgeny Bozenko, general director of Kola MMC, the regional subsidiary of Nornickel.

Additional measures now are being taken on quick response to similar situations, the company informs.

For the people living near Nornickel’s processing plants, poisonous air has for decades harmed local environment and quality of life.

But that will soon change, Nornickel says.

«By year 2023, these problems will be resolved in the sense that 75 percent of all current sulphur emissions will  seize to exist,» Potanin underlined.

The sulphur dioxides will instead be used for production of sulphuric acid, Potanin explained. «It will be neutralized with help of domestically developed technology and stored in a safe regime,» he underlined.

The company is reportedly investing about 150 billion rubles (€2 billion) in the clean-up measures. Potanin is actively seeking state support from government and the Kremlin for the program.

«As far as I can recall, one of your biggest problems is ecology,» Putin laconically said as he greeted the Nornickel leader.

The company’s new environmental program picked pace in 2017, during the Russian Year of Ecology, and emissions started to shrink that same year.

A 22,8 percent reduction of regional sulphur dioxide emissions was made in 2016. Emissions continued to drop in 2017 as the production of sulphuric acid started.

Further reductions are in the pipeline, the company says. By 2023, the total SO2 emissions will be cut by 75 percent, company leader Potanin made clear to Putin.

«I want to say that I believe we in 5-7 years will have a changed image of our company,» he told the president. He also highlight that there are major digitalisation measures taken, which ultimately will reduce the number of people working in the plants.

According to Vladimir Potanin, people on the Norwegian and Finnish sides of the border will feel the effects of the modernisation.

«Our neighbours must acknowledge that we are solving the issues of ecology and that we also will not pollute their territories,» he said.

The plants in the border towns of Nikel and Zapolyarny have been a repeated issue in political meetings between the neighbouring countries. In the early 1990s a strong local movement called «Stop the Death Clouds» emerged in the Norwegian border town of Kirkenes, and local engagement in the issue has since remained strong.

The emissions from the Russian plants are likely to be on the agenda also when Norwegian Minister of Environment Ola Elvestuen travels to Moscow for bilateral meetings in mid-February.

The drop in emissions have not resulted in a lower production in Nornickel’s local plants. According to company information, output from the plants in the Kola Peninsula in 2018 amounted to 158,005 tons of nickel concentrates, which is on the same level as in 2017.