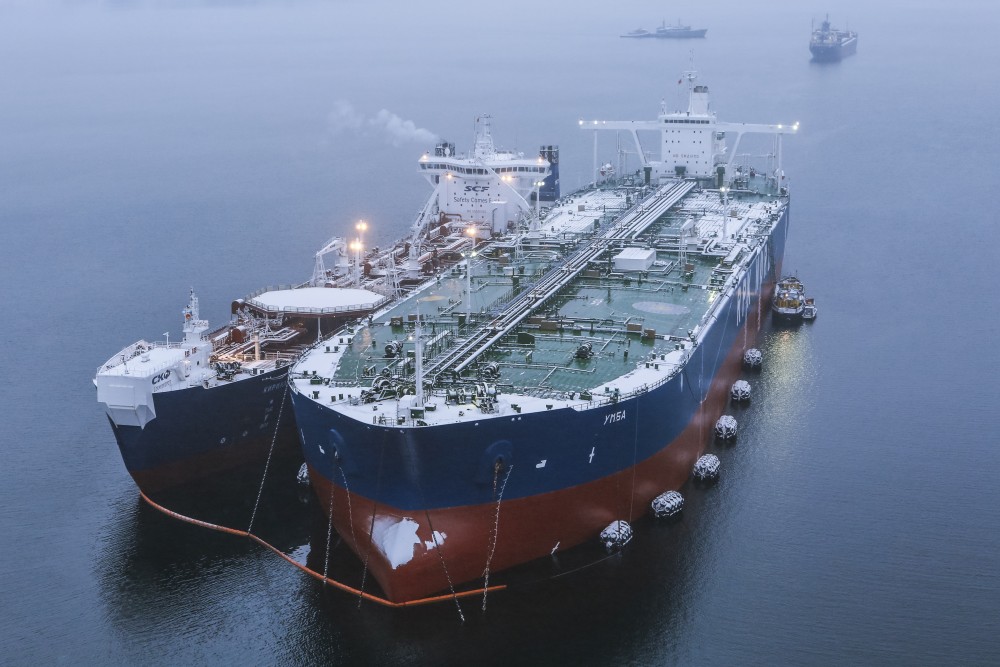 No easy route to the marked for Gazprom Neft’s oil from Novy Port.
By

According to Denis Sugaipov, General Director of Gazpromneft-Razvitie, a subsidiary of Gazprom Neft, the Novy Port oil will be ship-to-ship reloaded twice in Arctic waters before it reaches its customers.

The reason is the shallow waters of the Ob Bay. Big-size tankers can move no closer than 100 km from the new Arctic Gate, Gazprom Neft’s new loading terminal in the area.

In an interview with corporate journal Sibirskaya Neft, Sugaipov says that the Novy Port oil will first be loaded into 16,000 tankers at the Arctic Gate and subsequently brought to waters near Sabetta where it is taken over by 40,000 ton tankers. Those tankers will then bring the oil to Murmansk where it is loaded into the floating terminal tanker «Umba». After that, the oil will be shipped abroad for export.

«This project is a landmark for regional industry», Sugaipov underlines. He believes the infrastructure later can serve several more oil fields in the area.

The complex logistics comes with a high cost. In addition to the double reloading, the company will have to clear the Ob Bay for ice in wintertime. The shallow waters can have up to two meters thick ice layers.

The company has has invested 186 billion rubles (€2.54 billion) in the development of the Novy Port project, a key component of which is the Arctic Gate terminal located in the middle of the Ob Bay about 3,5 km off the banks of the Yamal Peninsula. The 80 meter high facility is connected by pipeline to project infrastructure at Cape Kamenny on the bank of the peninsula.

The oil comes from Novoportovskoe, a field located 30 km into the Yamal Peninsula. The field holds about 250 million tons of reserves.