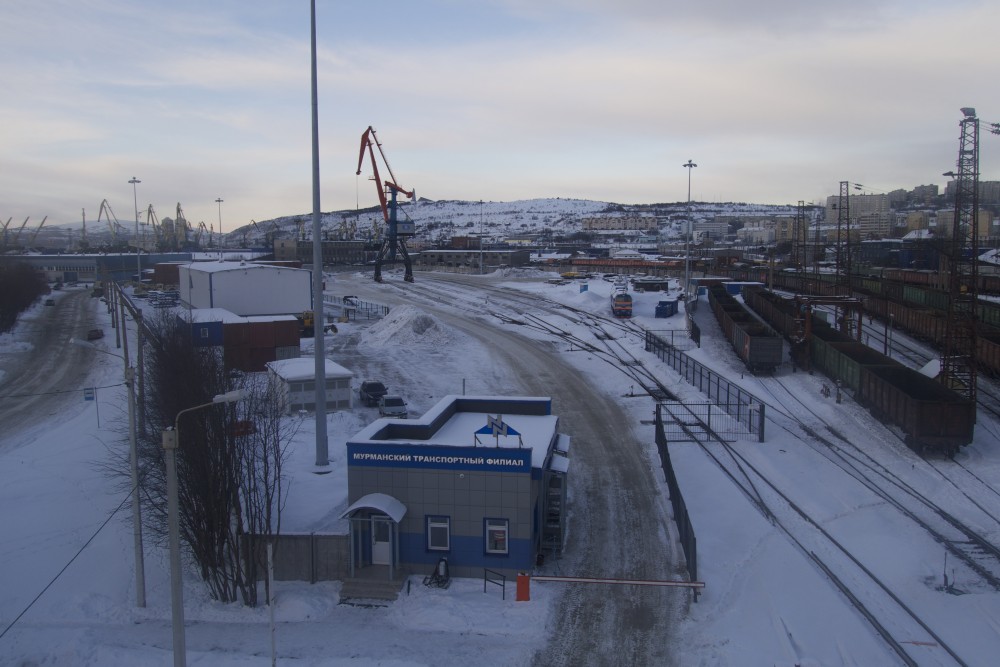 Murmansk port is one of the busiest in Russia and has ice-free access to the Barents Sea year around. Photo: Thomas Nilsen

Container shipping between Petropavlovsk-Kamchatsky and Murmansk on agenda in Seoul.
Read in Russian | Читать по-русски
By

Calculation of needed investments and possible income for an Arctic container line along the Northern Sea Route was highlighted at Monday’s meeting between Russia’s Minister for Development of the Far East, Aleksandr Galushka, and South Korea’s Minister of Oceans and Fisheries, Kim Yong-suk, RIA Novosti reports.

With dramatic reduction in Arctic sea ice, the South Koreans eye a growing interest in shipping across the Arctic, a route much shorter than the current shipping lines from Asia to Europa via the Suez channel.

Minister Galushka told the South Korean Minister about the financial model for how to make the Northern Sea Route profitable, needed investment and possible income from container shipping. How profitable such shipping can be depend on the seasons, but container transport could be directed to the north in summer and via the Suez in winter season.

Hubs will be created in each end of the Northern Sea Route, that is Murmansk in the west and Petropavlovsk-Kamchatsky in the east.

The Russian Minister handed over study-documents and assured all needed information will be provided to possible shipping companies from South Korea.

At the meeting, South Korea’s Kim Young-suk announced plans for building a dedicated icebreaker to support shipping along the Northern Sea Route.

This summer, the South Korean icebreaker «Araon» completed a 70-day exploration mission in the Arctic for the Korea Polar Research Institute. The voyage had an international team of researchers on board, mainly studying the cause of global warming and the Arctic ecosystem.

In August, the Barents Observer reported with reference to newspaper Korea Times that Hyundai Merchant Marine plans for test sailings of container ships along the Northern Sea Route with start in 2020.

The South Korean shipping giant will sail container ships capable of carrying 2,500-3,500 TEU on the route.

Korean companies have for years explored the potential of the Northern Sea Route, and also actively taken part in several unique shipping operations in the area. In July 2016, a historical shipment of two major industrial components was made from South Korea to the new Russian Arctic port Sabetta and from there further on the rivers Ob and Irtysh to the South Ural city of Tobolsk. Several similar shipping operations are conducted this summer.

In Murmansk, giant construction work is currently going on with new infrastructure. The so-called Murmansk Transport Hub includes new roads, railway, ports and other facilities on the west side of the Kola Bay. The project is one of the biggest infrastructure projects unfolding in Russia, and by far the largest in the Arctic.

Murmansk is an important hub for reloading of coal, oil, fish, metals and other cargo from the European part of Russia. Ice free year around, it will also serve as the main gateway for the Northern Sea Route to Asia.