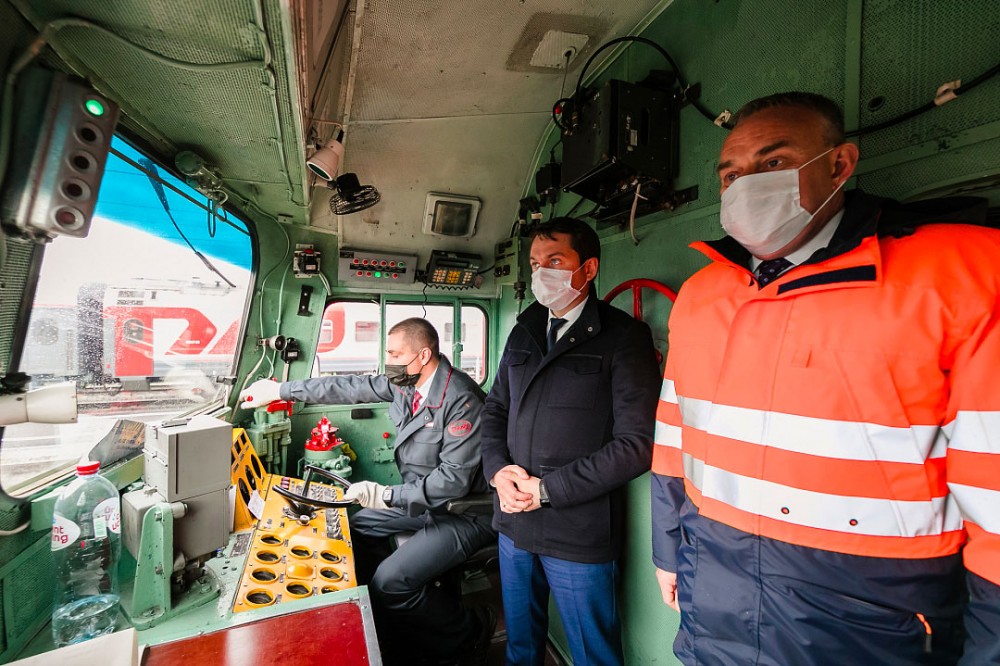 Almost 6 km of new railroad was constructed in only 18 days in order to overcome the acute logistics crisis in the Arctic region.
Read in Russian | Читать по-русски
By

Regional Governor Andrey Chibis on Friday 19th June announced that a bypass connection had successfully been completed and that trains again had started to move towards the City of Murmansk.

In only 18 days has 5,7 km of new railway been built, Chibis with content told journalists.

“A strictly organized, sometimes intricate and smooth undertaking with full devotedness from all participants has allowed us to reestablish rail connection with the city of the North in the quickest possible manner,” the governor said in a comment.

The bypass was built in order to overcome the rail traffic jam caused by the collapse of a key railway bridge across the Kola River. Since the fall-down of the bridge on 1 June, logistics in the region has been paralyzed and the Murmansk Seaport in a state of crisis.

Several of the biggest industrial companies in the region are heavily dependent on the railway for supply and delivery of goods. The crisis made regional authorities on June 12 announce a state of emergency.

More than 250 construction machines have been involved in the work along with more than 1,000 workers. Among the workers have been military engineers that were hired in order to speed up the operation.

The bypass will be in operation until the building of a new bridge is completed presumably in October.