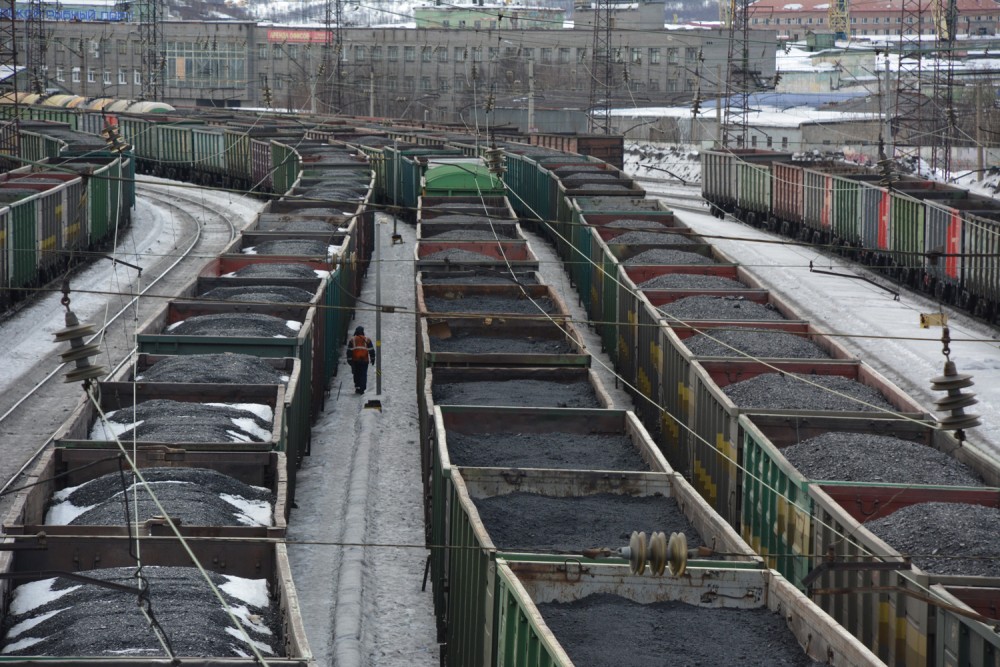 Coal is transported to Murmansk by railway and exported from the Murmansk Commercial Seaport. Photo: Atle Staalesen

European buyers are decline, but coal exports from Murmansk in 2020 nevertheless saw a significant growth.
Read in Russian | Читать по-русски
By

Coal continues to be a main export commodity for the far northern Russian region. In 2020, the Murmansk Commercial Seaport handled more than 22,1 million tons of goods, an increase of 26 percent from 2019.

An overwhelming share of the goods is coal, and practically all of it is exported. The Murmansk Commercial Seaport is owned by coal company SUEK.

The growth came first of all in the last part of the year. In early June, a key railway bridge collapsed and paralyzed regional trade for several weeks.

In a statement, seaport Director Aleksey Rykovanov underlines that the successful results “would not have been possible without the close cooperation with the Russian Railways.”

Murmansk was not the only place that last year saw a growth in coal exports. Russia’s total export of the mineral in 2020 increased by 7,1 percent to a total of 188,6 million tons, figures from the Russian Association of Seaports show.

Also the seaport of Ust-Luga in St.Petersburg had a significant 8,2 percent increase in coal exports.

The hike in exports came as coal prices in the last part of the year increased. Several analysts say to newspaper Kommersant that the price level might last for another year.

However, ultimately, the Murmansk coal exports will face severe problems as the European market shrinks and energy systems turn to fossil-free alternatives.

From before, the giga-terminal for coal exports planned on the western shore of the Kola Bay has been put on hold.

Work on the new Lavna terminal stopped in early fall 2020.

The original plan included shipping of 18 million tons of coal from Lavna annually from 2022. The halt in the development of the terminal has put the whole Murmansk Transport Hub project in jeopardy.