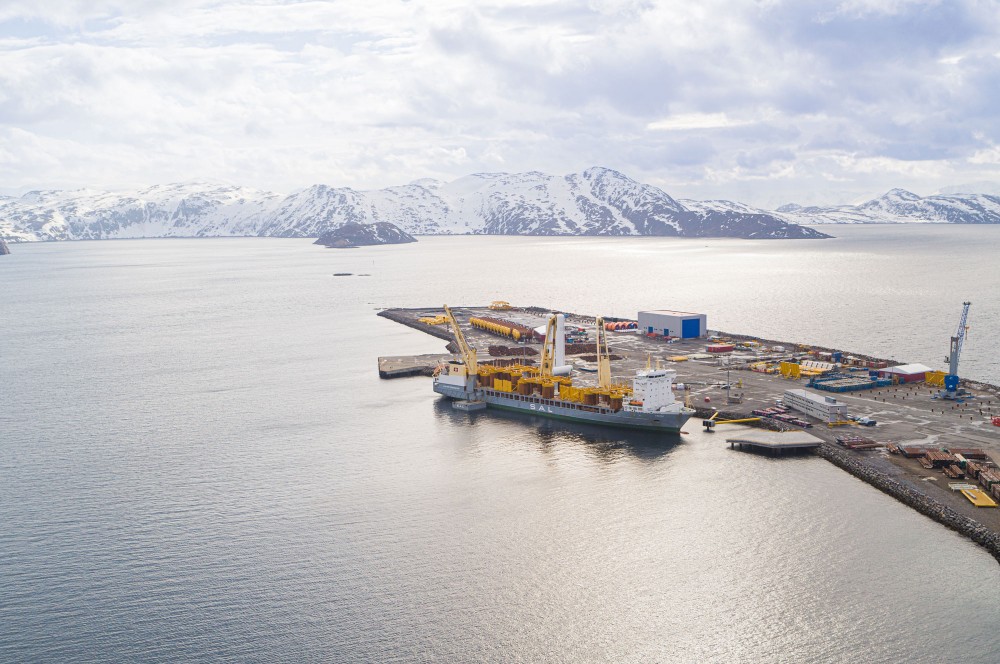 Petroluem developments in Hammerfest, on coast of Barents Sea. Photo: Øyvind Gravås and Even Kleppa, Equinor

Irrespectively of its climate commitments, Norway continues to push for more oil and natural gas. In 2020, investments and production increased.
Read in Russian | Читать по-русски
By

“Although 2020 was an unusual year in many ways with the pandemic and the decline in oil prices, investments on the shelf were at the same level as previous years,” Director general Ingrid Sølvberg at the Norwegian Petroleum Directorate said as she on Thursday presented the Shelf 2020 report.

Figures made available by the Directorate show that investments in the country’s shelf development amounted to NOK 155 billion (€15.04 billion), up from NOK 151 billion in 2019. A total of 31 exploration wells were spudded, and 14 discoveries made, most of them in the Norwegian Sea.

The crisis year of 2020 ultimately did not bring any crisis to Norwegian oil. According to Sølvberg, that is much thanks to the Norwegian Government’s tax incentives that were introduced during the major drop in the oil price.

The incentives were strongly disputed by environmentalists, who argued that the money instead should be invested in renewable energy transformation. Oil companies now openly say that the incentives have helped speed up investments in new petroluem projects

The directorate leader also made clear that Norway will continue to explore its shelf for additional resources. So far, only about half of the country’s oil and gas resources have been exploited, and more than 25 percent have yet to be discovered, she said and pointed at the High North as the most prospective region.

“It is bubbling in the Barents Sea North,” a slide in Sølvberg’s presentation said. It pictured the Arctic seabed embraced in gas bubbles.

This is a sign that there are petroleum resources in the area, the Directorate leader explained.

Norway’s resource potential is believed to be especially high in the northern parts of the Barents Sea. More than 60 percent of the un-discovered resources are in the region, and most of them in the areas north of the 74th parallel.

This region has not been opened for drilling. But Sølvberg signals that she would like to see an opening. In 2020, the directorate conducted a major survey of natural oil and gas leakages in the area, and results apparently indicates significant resources.

Southern parts of the Barents Sea have been a disappointment for oil drillers, and in 2019 Equinor and several more companies announced that they will move out of the area. Other parts of the region, however, remains top priority. In Norway’s announced new 25th Licensing Round, a record high number of 125 new exploration blocks are in the Barents Sea.

It has sparked an outcry from environmentalists.

The drive towards more drilling also stands in sharp contrast to the Norwegian government’s growing climate commitments. Only three days before the presentation of the Petroleum Directorate’s Shelf Report, did Prime Minister Erna Solberg present an ambitious plan to curb emissions.

“We will cut emissions and enhance removals of CO2 in a way that transforms Norway and promotes green growth,” Solberg said, and called for an industrial sector that is “greener, smarter and more innovative.”

The country’s oil industry intends to introduce green power in new offshore project and take several more measures aimed at reducing emissions. But parts of the industry is strongly skeptical towards the produced measures.

The Norwegian Oil and Gas Association has already expressed its opposition to a proposed hike in carbon tax rates from the current level of about NOK 590 to NOK 2000 per tonne CO2 equivalents.