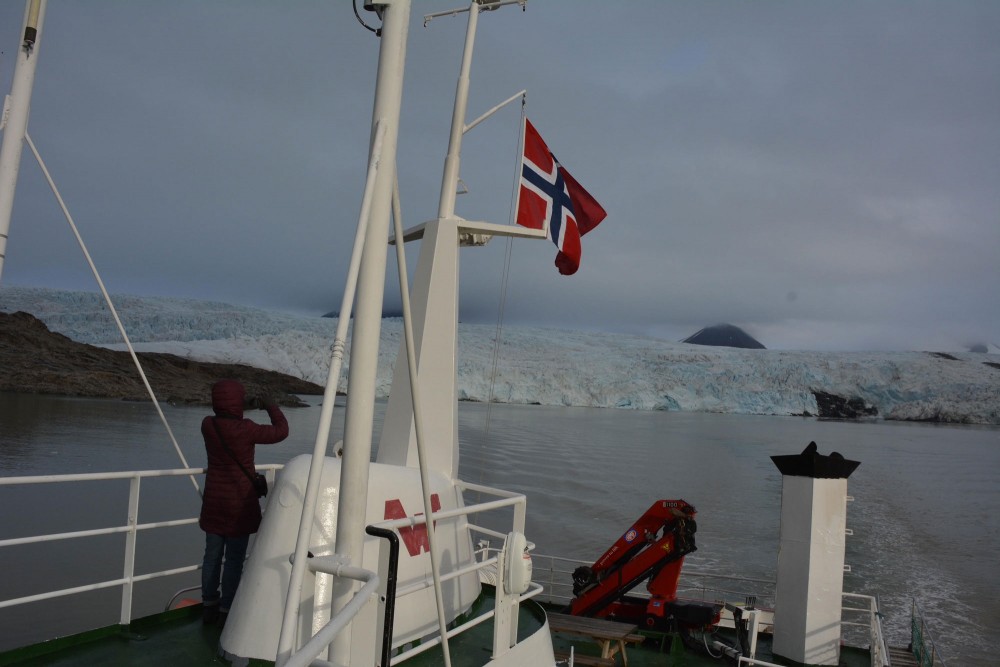 It is becoming something of a habit that the Russian Foreign Ministry accuses Norway of violating the Svalbard Treaty.
Read in Russian | Читать по-русски
By

Press spokeswoman for the Russian Foreign Ministry Maria Zakharova on Friday last week lashed out against Norway for its policy on the far northern Svalbard archipelago. According to Zahkarova, the Norwegian government has no right to open the shelf around Svalbard for oil and gas exploration.

The ministry press spokeswoman especially points at nine blocks, which she argues are “part of the zone that is regulated by the Svalbard Treaty.”

Drilling in the area would be a violation of the treaty, Moscow argues.

“We strongly call on Norway to steadily comply with the Treaty that constitutes the international legal basis for the Kingdom’s sovereignty over the archipelago,” Zakharova underlined in the press conference.

It is far from the first time that the Russian Foreign Ministry attacks Norwegian positions on Svalbard. As a matter of fact, it is increasingly becoming a routine issue that Moscow castigates Oslo over the issue.

The rhetoric from the Russian side was especially sharp in connection with the 100-years anniversary of the treaty in early 2020.

In a letter addressed to Norwegian Foreign Minister Ine Eriksen Søreide only few days ahead of the anniversary date, Russia’s Sergey Lavrov underlined that Russia feels discriminated on the archipelago and that «bilateral consultations on the removal of limitations for Russian activity and structures on the archipelago,» must be held.

The same views were few weeks later again highlighted by the Russian side when a diplomatic note was sent to Oslo in connection with the detention of a Russian trawler.

The signing of the Svalbard Treaty in 1920 and its subsequent ratification in 1925 granted Norway sovereignty over the archipelago. Certain conditions were included in the deal. The archipelago was not to be used for “war-like purposes” and individuals and companies from signatory states were allowed to engage in economic activity.

According to Arild Moe, Senior Researcher at the Fridtjof Nansen Institute, the Russian pressure is not likely to change Norway’s policy on Svalbard.

“The Norwegian authorities have been very consistent on this issue,” he underlines to the Barents Observer.

Norway argues that the Svalbard Treaty covers only the land territories and the 12 nautical miles coastal zone, and not the bigger shelf around the archipelago. That view, however, is disputed by Russia and some other countries.

If the Treaty’s principle of equal rights to resource extraction were to be applied on the shelf, companies from Russia and other signatory states would have the right to engage in oil exploration and other economic activity on a par with Norwegian companies, as soon as Norway decided to open the shelf. What the concrete set-up of such a shelf regime would look like is very unclear, however.

Not in Russian interest

Arild Moe explains that Russia also in 2015 disputed Norwegian exploration licenses in the area. At the same time, he argues that Moscow might actually not want a change in the Svalbard management regime.

“They are putting pressure on Norway and increasing the level of drama, but actually do no want change,” he says.

“It would not be in Russia’s interest that there are stakeholders from more countries in the area,” he explains.

Furthermore, there is a vanishing economic interest among oil companies in the very remote license areas, and the latest Norwegian license round includes only six interested companies. No Russian companies are on the lists of bidders, contrary to the previous 24th and 23rd license rounds.

The recent verbal attack from Moscow mentions nine license awards in the Svalbard zone. But is it not clear what kind of licenses the Russian Foreign Ministry actually has in mind.

According to writer and analyst Per Arne Totland, it is not possible to understand whether Maria Zakharova refers to the so-called APA license awards in January this year, or the announcement of the 25th licensing round last November.

“In the APA round in January, no licenses were awarded within the so-called ‘Svalbard box’, the area in the Barents Sea which Russia claims falls under the rules of the Svalbard Treaty. The announcement of the 25th licensing round did include possible licenses inside this box, however licenses in this round will be not awarded until June,” he explains to the Barents Observer.

According to Totland, the statement from the Russian Foreign Ministry falls into a pattern which is well known.

“Russia has over the last few years stepped up its criticism of Norway’s Svalbard policy in several areas. In my opinion, the Russian campaign has no merit, its intention is simply to increase the pressure on the Norwegian government.”

The Norwegian Petroleum Directorate has declined to give a comment to this article and the country’s Ministry of Petroleum and Energy had not responded to a request for comment by the time of publishing this article.