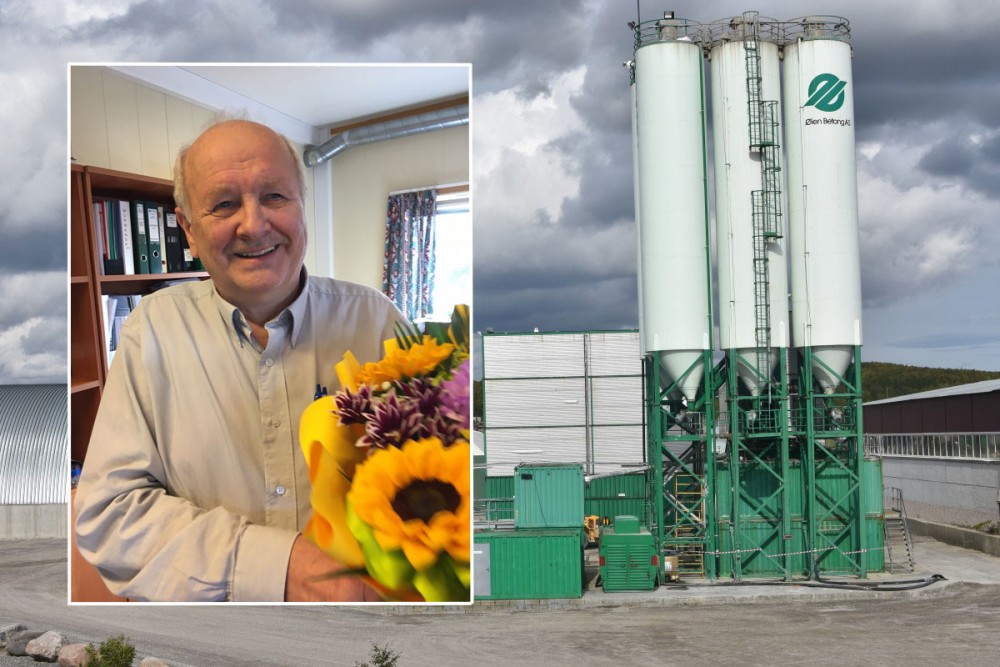 Atle Berge was welcomed back to his concrete production plant in Murmansk by colleagues with a big bouquet of flowers. Photos: Anna Belskaya / Thomas Nilsen

Expelled Norwegian businessman is back in Murmansk

Atle Berge, the owner of Ølen Betong Murmansk, is back in business with a new visa and work permit to the country that six years ago expelled him on vague accusations of espionage.
By

“They will need a lot of concrete here,” founder Atle Berge thought when he first established a subsidiary in Murmansk back in 2007.

This was in times of big plans for offshore petroleum development in the Barents Sea, like the Shtokman project. It was also a time in Norwegian-Russian relations when top politicians were strongly encouraging cross-border businesses up north.

Today, Shtokman is shelved. So are all political contacts between the two northern neighbors.

Most observers also believed an end had come to the eager Norwegian entrepreneur’s activities in Murmansk. In 2016, Atle Berge was stopped at Borisoglebsk border checkpoint and denied entry. The FSB said Berge illegitimately was engaged in “collecting information”, allegedly for Norwegian intelligence services.

“I got good help from the Russian Embassy in Oslo,” a more than happy Atle Berge tells the Barents Observer.

In Murmansk, the employees was waiting for him. “I was very well received, both at the production plant and among others,” Atle Berge says after his first working period in Murmansk since 2016.

“It has been a quiet period for the company this year, but we have sorted out a lot of matters,” Berge explains. New asphalt is laid, construction sites rebuilt and other things are made ready, the enthusiastic entrepreneur elaborates.

When the Barents Observer visited the concrete production plant outskirts of Murmansk a short month after Atle Berge was expelled from Murmansk, construction of a big new building for production expansion was already in full swing.

The Norwegian entrepreneur has always looked forward and was at no point about to give up his Russian business.

Today, he tells that contracts for several new jobs are secured. Worth 500 million rubles. “We are starting now in October,” Berge says.

“I’m also working on a billion-size project, but it is uncertain when it can start.”

Atle Berge says most things are as normal in Murmansk, but “it is of course bug uncertainties.”

“Sanctions are real, although they are not having too much negative impact on us,” he notes.

A few of the employees at the plant have been mobilized, and others are afraid to get the call.

Meanwhile, production continues with aggregate, ready-mix concrete and different concrete products for the regional market on the Kola Peninsula.

“There are not many Norwegians here now,” Atle Berge admits.

When he started his business in Murmansk in 2007, some 30 to 40 different Norwegian companies and organizations were active, among them Statoil, Telenor, Reinertsen and others. Norway’s second largest Consulate General after New York was centrally located downtown and ministers and other delegations from Oslo were queueing up to meet regional authorities in the strategically important north Russian region.

Today, all but a few are gone. Atle Berge and Ølen Betong stay strong. For now.