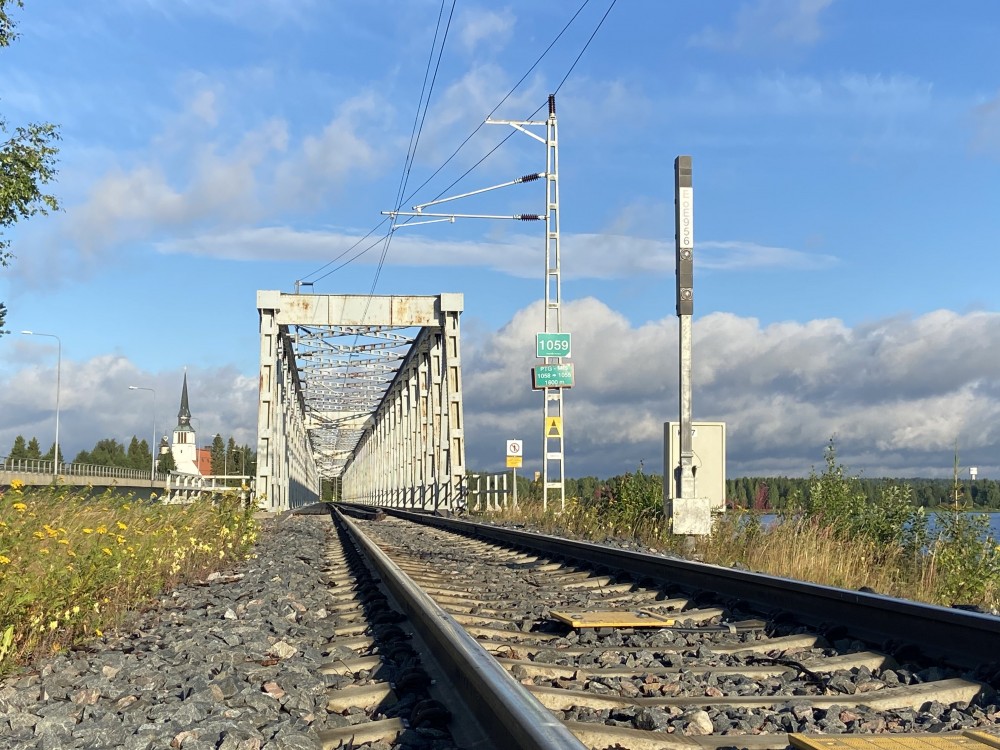 The railway to Kemijärvi opened in 1934, but was first electrified in 2014. The track is a northeastern extension of the line from Rovaniemi. Photo: Thomas Nilsen

Tourism, mining and forestry could all benefit from a new railway across Lapland, with possible extension to existing tracks via northern Sweden to Norway’s port of Narvik.
Read in Russian | Читать по-русски
By

During the study, preliminary routing alternatives and their impacts will be drawn and public hearings will take place, as well as meetings with locals already in November this year.

It is the regional council of Lapland that carry out the study in cooperation with the Finnish Transport Infrastructure Agency, the Lapland Center for Economic Development, the Finnish Defense Forces, and the municipalities impacted by a possible new rail track.

At first, the idea is to connect the huge copper mining areas north of Sodankylä with a brand new railway to Kittilä and further west to Ylläs.

Kittilä and Ylläs are two of the main ski resort destinations in northern Finland.

The new rail link study will include analysis for a longer option of the new railway, starting in Kemijärvi and ending in Kolari, Lapland Regional Council informs in a press release.

Both Kemijärvi and Kolari are today the end-stations on Finland’s two existing railways to the north and a link them between will create a loop for the northernmost railway network in Finland.

In Kolari, plans are under development for reopening the Hannukainen iron ore mine. Transport needs for existing and new mines in Lapland is a major argument for initiating the railway study.

The study also examines the future transport needs, linking such possible Lapland railway to Sweden and Narvik, the port town on Norway’s northern coast which already serves LKAB in Kiruna and Svappavaara, Europe’s largest iron ore mines. In 2018, the European Commission included the railway from northern Sweden to Norway on its priority list for trans-European railway corridors.

Last year, the Regional Council rejected to move on with plans to build a railway connecting Rovaniemi with the Norwegian Barents Sea harbor in Kirkenes. The so-called Arctic railway line was turned down with an overwhelming majority by the council members after both Sámi reindeer herders protested the plans and Finnish authorities said such a link had no economic sustainability.