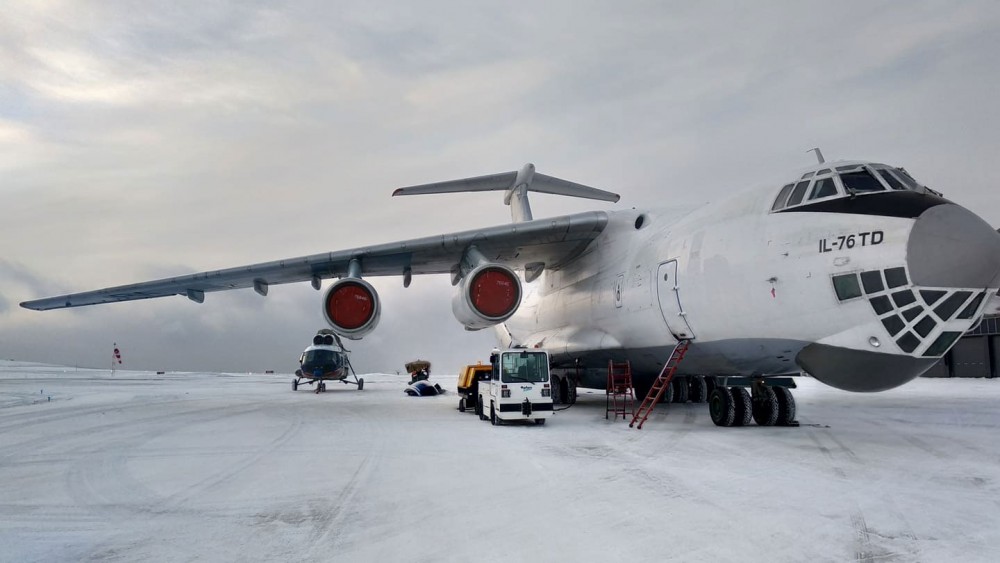 A transport plane brings a long-awaited Mi-8 helicopter to the far northern Norwegian islands.
Read in Russian | Читать по-русски
By

The delivery had been planned for months, but it was no easy task to get the helicopter delivered to the archipelago.

Local Norwegian authorities had closed all commercial operations at the airport of Longyearbyen in a bid to prevent spread of the coronavirus from the mainland and a series of special permissions were needed for the personnel involved.

Currently, stringent quarantine regulations apply and all visitors that have arrived after 27th February must either return to the mainland or enter a 2-week period of self-isolation.

«Luckily, common sense prevailed,» says Timofey Rogozhin, Head of local tourism center Grumant says in a Facebook comment. The ten people involved in the delivery of the helicopter were isolated in the Longyearbyen airport during the operation.

The helicopter is a modernized model of the Mi-8. It replaces an aging version of the same chopper.

The delivery was made by Russian transport plane Il-76. It left the island on Monday morning. Onboard was the retired helicopter that has served for many years on the islands.

Russian company Arktikugol has over the last years only had one helicopter at its disposal. In 2017, the company lost its second chopper in an accident that killed eight people.

Both helicopters belong to Trust Arktiugol, the Russian company doing coal mining on the archipelago, but are operated by company Convers Avia

In addition to mining, Trust Arktiugol in Barentsburg has over the last years increasingly engaged also in tourism activities. There is also a growing research community in Barentsburg, the Russian-dominated settlement in the area. About 500 people currently live in Barentsburg.

The delivery of the new helicopter comes few weeks after Russian Foreign Minister Sergey Lavrov criticized Norwegian management of the islands. The minister called for «bilateral consultations» and requested a review of Norway’s Svalbard policies.

Among the issues raised by Russian side is a request to increase flight activities in the area.

According to Lavrov, Russia is in no way going to reduce its activity in Svalbard. Rather the contrary. «There are long-term plans for a strengthened, diversified and modernized presence,» he underlined in a letter sent to his Norwegian counterpart Ine Eriksen Søreide.

The letter was sent in connection with the 100-years anniversary of the Svalbard Treaty, the agreement that granted Norway full sovereignty over the islands.