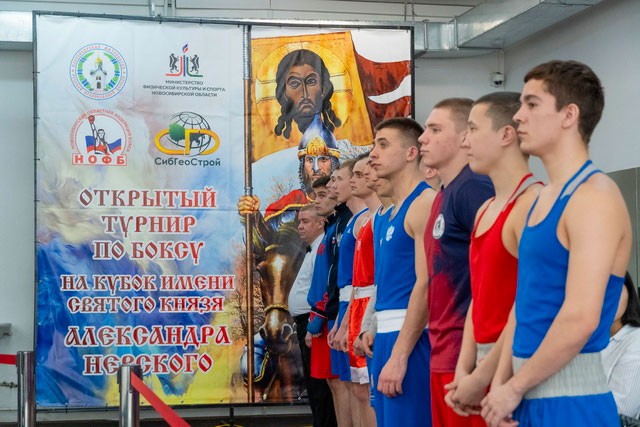 The new Spiritual Sports Center in Murmansk will focus on boxing and martial arts. Photo: rpcsport.ru

The Orthodox Church in Murmansk is building a 'Spiritual Sport Complex.' It will focus on martial arts

On a hill overlooking downtown Murmansk and the Kola Bay is rising a new building that soon will house the Russian Orthodox Church’s first ever Spiritual Sport Center. It will be located adjacent to the Murmansk Sailor’s Church and be owned and operated by the regional diocese.

It will be the first of its kind in Russia.

According to Andrei Amelia, the head priest at the Sailor’s Church, the new complex will include training facilities for martial arts, boxing and table tennis. Training sessions will be offered free of charge. There will also be a new church and Sunday school in the new building, Amelia said as construction works started in late April this year.

The complex will cost about 300 million rubles (€4,17 million) and is due to stand ready by late 2023. It is sponsored by mining and metallurgy company Nornickel, the church informs.

Behind the initiative stands Metropolitan Mitrofan, the hardline prelate that also chairs the Russian Orthodox Church Commission on Physical Culture and Sports.

Mitrofan has gotten the blessing of Patriarch Kirill, similar centres might soon appear across Russia. The project has also won support from federal authorities. When Mitrofan presented the initiative to Vice Speaker in the Federation Council Andrei Turchak and Deputy Prime Minister Dmitry Chernyshenko in late 2020, the latter reportedly recommended the prelate to team up with Cossack youth groups, as well as the National Guard (Rosgvardia).

The building of the Spiritual Sport Center is also welcomed by the regional government. In August this year, Metropolitan Mitrofan signed a cooperation agreement with the Murmansk Ministry of Sports and its leader Svetlana Naumova.

“The main aim of this agreement is to promote healthy lifestyles among youth,” Naumova said in a comment. “People must be healthy, both in their soul and body,” she added.

The regional church leader is known for his hard-line stance on key issues in Russian society. He has called the war in Ukraine a “war against Anti-Christ” and said that Ukrainians have “betrayed their genetic code.”

He has also attacked local opponents of his grand projected cathedral in downtown Murmansk.

“They have gotten their team from the Dark Lord, and here are plenty of his compatriots, the city is full of them,” Mitrofan told his congregation, and added that the local authorities are “corrupt.”

For his service in the Church, Mitrofan was in April this year awarded a certificate of honour by President Vladimir Putin.

The metropolitan is the highest ranked clergy man in the Kola Peninsula and a powerful prelate in Russian Orthodox church hierarchy. Before he entered a theological institute in 1999, he had worked for two decades in the Northern Fleet. He served as captain of several major naval vessels and even graduated from the Kuznetsov Naval Academy in St. Petersburg.

Mitrofan is one of many Russian Orthodox Church leaders that today promotes the current militarisation of Russian society. His work in the Church Commission on Physical Culture and Sports is accompanies by a high stress on patriotism and so-called “traditional values.”

It hardly comes as a surprise that the new Spiritual Sport Complex will have special focus on martial arts. Several of Mitrofan’s fellow clergymen are themselves passionately interests in wresting and combat sports.

In December 2021, the diocese of Novosibirsk was co-organizer of a championship on MMA. The event was opened by regional Metropolitan Nikodim, the church informed.

Mitrofan also has several fighting men in his local staff. Leader of the regional Commission on Physical Culture and Sports in the Kola Peninsula is Father Sergei (Cherchenko).

Father Sergei heads the local church in Sputnik, the base of the 200th Motorised Rifle Brigade, and is himself an active kickboxer. On the social media of his local congregation, he eagerly shows off how he travels around the country with a group of young kickboxers. He has also regularly posted video clips that show how he exercises in the gym.

According to the prelate that previously served in Teriberka and Severomorsk, Russia’s stand-off with the west is all about values.

“It is sufficient to stay an honest patriot of one’s county, someone that does not allow fake men (muzhelozhniki), trans people and eaters of fast-food to encroach on our sanctuaries, as well as on our reserves of natural resources that was given to our land by God so that the decent People that carries the religious mission could live here happily,” the archpriest says.

Father Sergei has himself started up a local patriotic sport club in Sputnik. Its proposed name is “Shock,” he says.