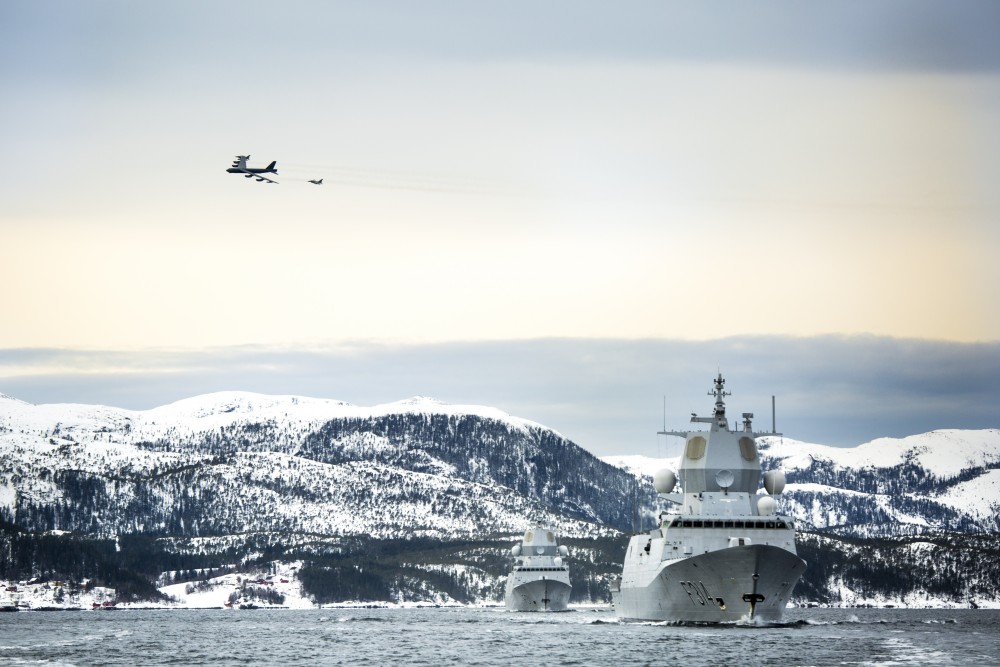 The Cold Response 2016 is one this year's biggest military exercises in Norway. Photo: Julie Kristiansen/Forsvaret

As 15,000 soldiers from 14 countries engage in joint winter training in Norway, a team of Russian inspectors keeps a close look from the side.
By

«The inspection helps promote openness and prevent misunderstandings connected to military activity», Audun Halvorsen, political adviser in the Norwegian Defense Ministry says in an email to The Independent Barents Observer.

He underlines that it is all in line with the Vienna Document, which allows signatories to conduct up to three inspections in Norway per year.

The Russian inspection team is headed by a colonel from the country’s arms control unit and is followed around by an escort team from the Norwegian Defense Staff. The inspectors arrived on site on Wednesday and will leave Norway on Saturday.

This year’s Cold Response includes around 15,000 troops from 14 countries, 40 helicopters, 30 fighter jets and 10 other aircrafts, among them three B-52 bombers. On the maritime side, 30 vessels will participate, while 1000 vehicles will be present on land.

«A new issue this year is that the US Marine Corps and US Army participate with several thousand soldiers», Rune Jakobsen, Head of the Joint Operative Headquarters says in a report at the Armed forces website. «We have not seen such a heavy presence here for many, many years», Jakobsen adds.

Originally, the Russians were invited to site as observers. However, they declined and instead announced an inspection. «It was expected», the Norwegian Defence Ministry representative says. Over the last years, Russia has requested inspection visits to all the major Norwegian exercises with allied participation.

The Russians were on site also during the previous Cold Response drill in 2014. In April 2015 a group of Russian inspectors visited Brigade Nord in Troms county for an evaluation of local military units.

«Both inspections and observation missions are confidence-building measures under the Vienna Document. The fact that Russia chooses to make use of one of its three inspection quotas during the Cold Response 2016 is line with the intention of the document, which is to enhance openness and prevent misunderstanding connected with military activity», Audun Haldorsen says.

As previously reported by the Barents Observer, Norway in January this year conducted an evaluation of the Russian 200. Motorized Infantry Brigade in Pechenga near the Russian-Norwegian border.

The inspections take place on the backdrop of the serious chill in east-west relations. In line with NATO policy, military bilateral cooperation between Norway and Russia has been suspended since March 2014, following Russia’s annexation of the Crimea and use of armed forces in Ukraine. In December 2014 the suspension was extended until the end of 2015.

“Norway will continue suspension of the bilateral military cooperation between Norway and Russia until further notice, like our allies and partners do”, the Ministry of Defense´s press service previously told the Independent Barents Observer.

At the same time, Norway and Russia continue collaboration on areas that are of vital importance for stability and predictability in our immediate region, among them the Coast Guard, Border Guard and search-and-rescue activities. Contact between the Norwegian Joint Headquarters and the Northern Fleet is also continuing.