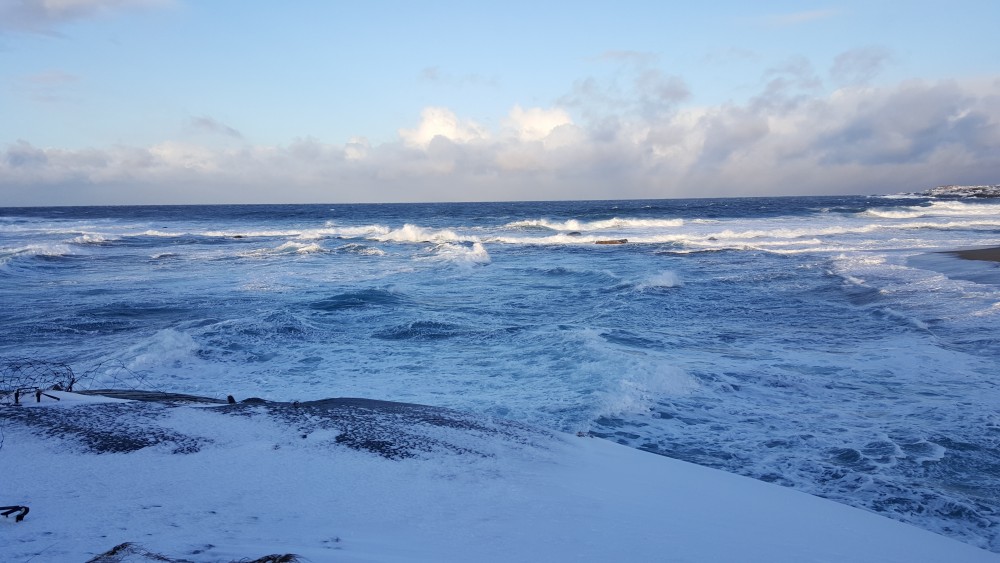 In a new move not seen before, Russia announced navy rocket training in the Norwegian Sea. But that was about it.
Read in Russian | Читать по-русски
By

At 17.00 CET (18.00 Norwegian time) on Thursday it became clear that Russia’s rocket firing warning in an area west of Lofoten islands became only that: a warning.

“There has not been any relevant military activity in the exercise area for the periods the warnings have been active,” Lt. Col. Ivar Moen with Norway’s Joint Headquarters confirms to the Barents Observer.

In a new pattern of behavior, Russia has two times this November announced rocket – and missile shootings inside Norway’s Exclusive Economical Zone in the Norwegian Sea. As reported by the Barents Observer earlier this week, such exercises, or warning of exercises, have never happened before south of the Barents Sea.

First time, outside Ålesund in the very first days of November, and while NATO’s exercise Trident Juncture was going on in the same waters, Russian navy ships were present, but did not launch one single missile before sailing further north to the Kola Peninsula.

This time, the Northern Fleet’s missile cruiser “Marshal Ustinov” sailed through the area outside Lofoten, but not while the exercise warnings were active from 5 am to 5 pm CET Tuesday, Wednesday and Thursday this week. No other Russian surface warships were present.

Press-service of the Northern Fleet on Tuesday reported about “Marshal Ustinov” sailing into the Norwegian Sea, but didn’t say anything about any planned participation in rocket firings in the area. The press-service in Severomorsk has previously told the Barents Observer they are not allowed to speak directly with foreign press.

The warship is sailing home to Severomorsk from a mission to the Mediterranean, including a port call to Alger, the capital of Algeria. Earlier this summer, the missile-cruiser took part in an exercise in the Baltics.

Signal to Norway and NATO

Experts on Russian military activities in the north believe the new warnings of exercises in outside the coast of Norway are sings of dissatisfaction with NATO.

“The announcement of missile drills does not in itself imply an obligation to carry them out, and it may well be that the measure has been used for political or “signaling” purposes,” says Senior Research Fellow with the Norwegian Defence Research Establishment (FFI), Kristian Åtland to the Barents Observer.

Moscow has many times called for NATO to back off from areas near Russian borders.

“I think announcing missile tests in Norwegian waters primarily is a way of signaling dissatisfaction with certain aspects of NATOs and probably also Norway’s security and defense policies,” says Senior Research Fellow Njord Wegge with the Norwegian Institute of International Affairs (NUPI) to the Barents Observer.

He will not overstate the importance of the signal Russia is sending.

“It’s also reasonable to interpret it in the light of the past NATO exercise two weeks ago. However, what happened does not lead to an atmosphere of trust, and it is important to find other ways to communicate dissatisfaction. In particular one should try to avoid incidents where misunderstandings and miscalculations can occur,” Wegge says.

Kristian Åtland underlines that Russia is “technically not doing anything illegal as long as the missile tests take place in international waters and as long as advance notice has been communicated via established channels to airmen and mariners.”

Åtland calls for good transparency and predictability and says its better to avoid such drills in areas with extensive civilian activities.

“It should be in the interest of all parties to refrain from military exercise activity – and particularly missile firings – in areas with extensive civilian activity, such as ship traffic, fisheries or offshore petroleum exploration.”

He is also surprised by the announcement of such exercises in the Norwegian Sea.

“There is nothing unusual about the fact that Russian naval vessels are operating in or transiting though the Norwegian Sea, either alone or in groups. What is unusual, however, is the announcement and conduct of live-fire training, including missile firing, in maritime areas west and south of the North Cape – Bear Island gap. Throughout the post-Cold War period, such activities have usually taken place near the Kola Peninsula, that is, in the Kola Bay, the Barents Sea or the White Sea,” Kristian Åtland explains.

The only pre-announced exercise in Norway’s exclusive economic zone where rockets actually were fired happened outside Mehamn and Berlevåg in Finnmark in the final days of NATO’s Trident Juncture exercise in southern Norway.

Then, several Northern Fleet ships, among them Russia’s largest surface warship “Pyotr Velikiy”, made some few shots in the Norwegian sector of the Barents Sea.

Lt. Col. Ivar Moen says he will not speculate in why Russia issued firing warnings for the two periods this November outside Møre and Lofoten without one single shot being fired.