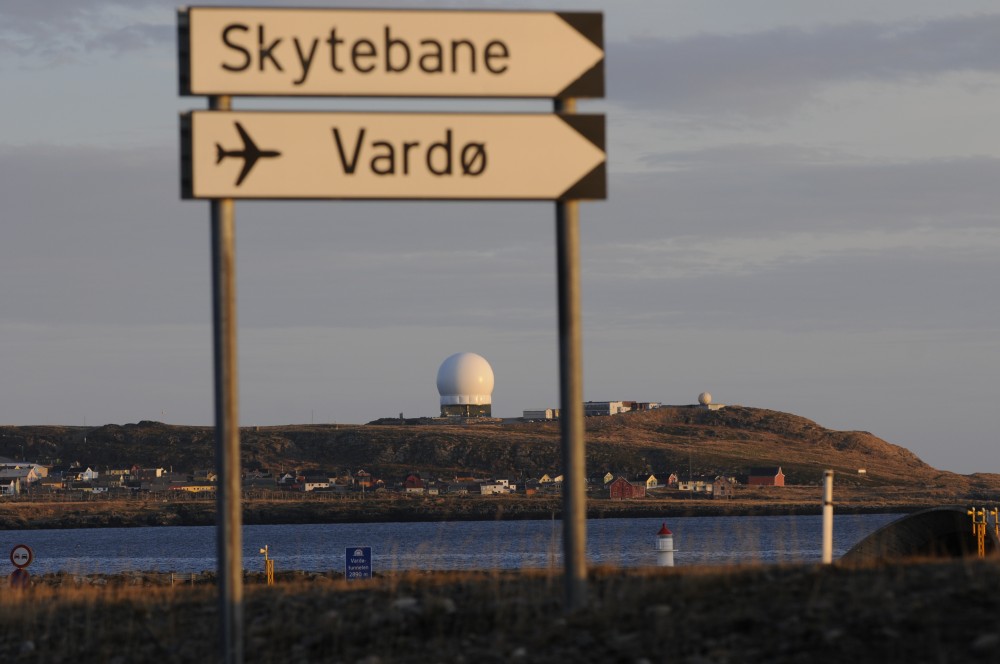 Vardø is located on an island on Norway's Barents Sea coast, in short distance from the base of Russia's fleet of ballistic missile submarines. Photo: Thomas Nilsen

In her weekly briefing for the press, spokeswoman Maria Zakharova on Thursday came with a direct warning to Norway.
Read in Russian | Читать по-русски
By

“It seems obvious to me that military preparations near Russian or any other borders cannot be ignored by our or other countries,” Zakharova said when asked about the new Globus radar currently being installed in Vardø.

“We presume that we will take repose measures to ensure our own security,” she said. A transcript of the press briefing is published on the portal of the Foreign Ministry.

Vardø is a small fishing village on a little island on Norway’s coast to the Barents Sea. The huge military radar facility forms the skyline. In clear weather, if you look east across the water, you can see the shoreline of Russia’s Fishermen Peninsula, a northern appendix of the Kola Peninsula.

Officially, the intelligence service operating the facility has never said the word “Russia” when explaining what the radars in Vardø are looking for.

Russia’s Foreign Ministry, though, has a clear view on the purpose of the radar.

“The station is located just 50 km from the border with Russia, served by Norwegian military intelligence. It’s no secret that the information it receives is transmitted to the United States,” Maria Zakharova said.

She continued: “…there is every reason to believe that the radar will monitor precisely the territory of the Russian Federation and will become part of the US missile defense system.”

The Norwegian Intelligence Service writes in a public statement about the new radar: “The GLOBUS system ensures continued access to important and relevant information of national importance.”

Moscow fears the radars could be used to track intercontinental ballistic missiles and monitor activities of the Northern Fleet.

Russia’s ballistic missile submarines in the north are all based at Gadzhiyevo which is just 150 kilometers east of the radar system in Vardø.

Zakharova warned about the radar’s negative influence on the stability in the north.

“It is obvious that the deployment of the American radar in the area is not a purely Norwegian issue. It concerns the general context of maintaining stability and predictability in the north,” she said and pointed to recent U.S. statements about security treats in the Arctic.

At the Arctic Council Ministerial in Rovaniemi in early May, U.S. Secretary of State Mike Pompeo tongue-lashed Russia for reopening military bases in the Arctic.

Maria Zakharova is infamous for undiplomatic statements, but no doubt also Russia’s military establishment is deeply dissatisfied with the Globus radar system in Vardø.

In February last year, a large group of Russian fighter jets made a mock attack on Vardø, as previously reported by the Barents Observer.

The 11 Sukhoi-24 (NATO name Fencer) supersonic attack aircraft took off from Monchegorsk air base on the Kola Peninsula flying out in the Barents Sea before taking a 180-degree turn into an attack formation towards Vardø.

A similar Russian mock attack on Vardø happened in March 2017. There has also been several incidents with Russian military disturbances of GPS navigation signals in Norway’s border areas to the Kola Peninsula over the last two years.