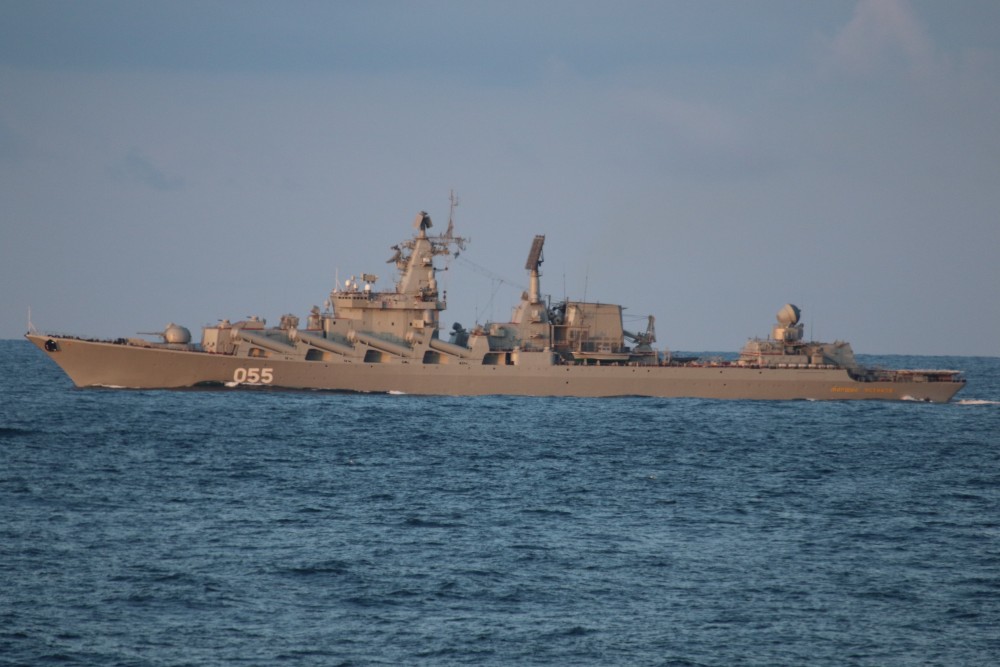 No missiles were launched at any of the four locations in the Norwegian Sea where the Russian Navy announced large-scale exercise.
Read in Russian | Читать по-русски
By

“We have not registered any artillery shootings or missile launches,” says spokesperson for the Norwegian Armed Forces, Lt. Col. Ivar Moen, in a phone interview with the Barents Observer.

He confirms that all naval surface ships are now out of the areas where Russia had issued NOTAMs (Notice to airmen) for the period 14th to 17th of August.

“There might have been some minor weapons training, but we haven’t seen any,” Moen explains.

Normally, when a country’s military issues NOTAM warnings it is to avoid civilian planes and vessels to enter dangerous situations in areas where live-shootings take place with artillery, missiles or torpedoes.

Norway’s Defense Chief Haakon Bruun-Hansen said the objective of the exercise was to block NATO’s access to the Baltic Sea, North Sea and Norwegian Sea.

The powerful flotilla consisted of ships from the Northern Fleet, Baltic Fleet and Black Sea fleet, vessels that during first week of August participated in the ‘Ocean Shield 2019’ exercise in the Baltic Sea.

This is not the first time the Russian navy refrain from shootings after first issuing NOTAMs. In November last year, during NATO’s exercise Trident Juncture, Northern Fleet vessels first announced shootings in Norwegian Exclusive Economic Zone outside Ålesund, but no rocket or missile launches took place. A few weeks later, another warning of rocket firing came for an area west of Lofoten, a warning that turned out to be just that; a warning without any smoke.

The press service of the Northern Fleet on Friday said it had completed a comprehensive naval aviation exercise over the Barents- and Norwegian Sea. The drill involved more than 50 aircraft, including fighter jets, bombers, Tu-142 anti-submarine planes, Il-38, MiG-31, Su-33 and Su-24 and some 2,000 on-ground personnel.

Long-range bombers were also on the wings outside Norwegian air space.

“During the exercise, the pilots made more than 100 sorties from airfields of the Air Force and the Air Defence of the Northern Fleet,” a press notification reads.

Up to 20 guided air-to-air missiles and several dozen bombs were used by the planes, according to the note which doesn’t specify if those where used in the Barents Sea or in the areas of the navy vessels’ drill in the Norwegian Sea.

Another press-note for the same day, August 15th, though says a navy strike group of the Kola Flotilla exercised in the Barents Sea .

Warships normally sail without AIS tracking system on, but two of the Northern Fleet’s support ships that have followed the flotilla along the coast of Norway, the “Elbrus” and “Nikolai Chicker” can be tracked via MarineTraffic. Sunday evening, both ships were outside the Kola Peninsula in the Russian sector of the Barents Sea.

… We hope you like to read our articles.
For 17 years, the Barents Observer has provided serious, fact-based stories about life and developments in the North. Please help us to strengthen our independent journalism. Get engaged, give a small donation. Thank you.