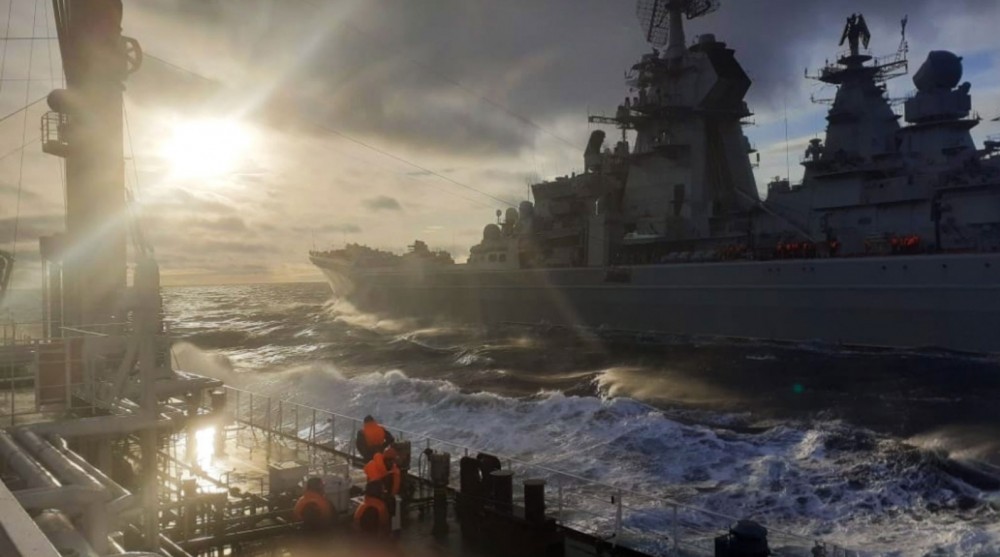 In late 2019, the "Akademik Pashin" trained together with missile cruiser "Pyotr Veliky" in the Barents Sea. Photo: nssz.ru

The Russian Navy’s two newest ships this week showed off capabilities in the Barents Sea. Oil tanker “Akademik Pashin” and “Admiral Kasatonov” set out from the Kola Peninsula for joint training in harsh weather.

The 130 meter long tanker was on the 25th December handed over to the Northern Fleet from the Nevsky Yard in St.Petersburg. The «Akademik Pashin» is the first tanker in several decades built exclusively for the Russian Navy. It has a deadweight of 9,000 tons and ice class Arc4, which enables it to operate in the icy waters of the north.

The ship can simultaneously provide three vessels with fuels and other goods while sailing at open sea.

The “Admiral Kasatonov” is built at the Severnaya Yard in St.Petersburg. It is the second ship of new Russian frigate class Project 22350, a multipurpose fighter ship that is capable of taking on enemy underwater and surface ships, aviation, as well as coastal objects at distances of more than 1,5 km.

The ship is currently undergoing testing in the Barents Sea.

In late February, sister ship “Admiral Gorshkov” conducted the first ship-launched firing of new hypersonic missile Tsirkon. Several more testing of the missile will be made from the frigate in the course of 2020, Russian media reports.