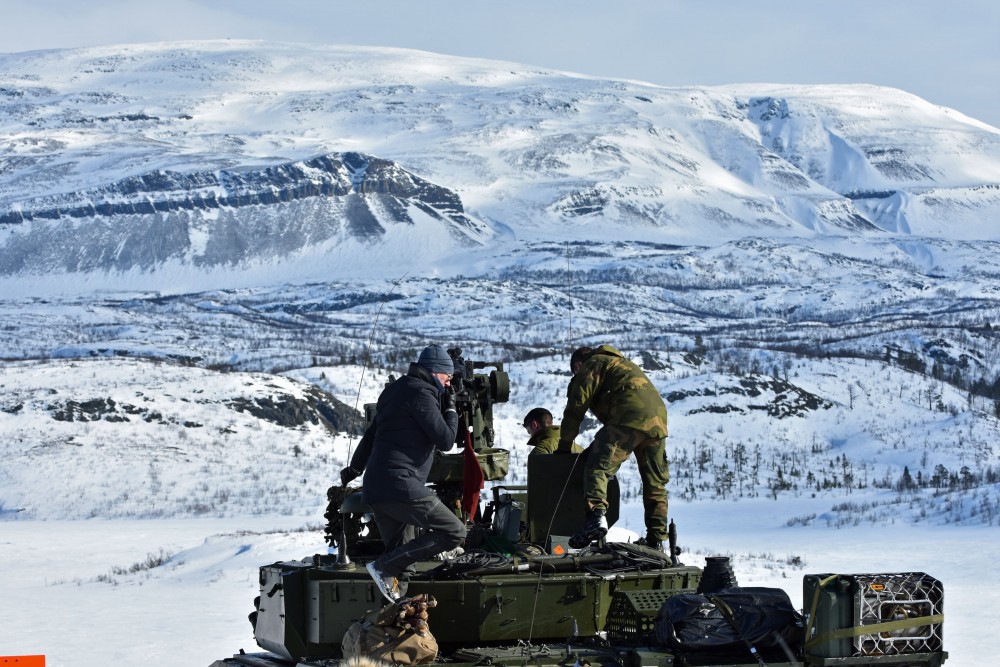 About 40,000 soldiers will participate in Cold Response 2022, planned to take place in the Ofoten area with navy and air force as main players in the war game.
Read in Russian | Читать по-русски
By

“There is a significantly increased interest among our allies for the north and the Arctic,” said General Eirik Kristoffersen, head of the Norwegian Armed Forces in a phone interview with the Barents Observer.

In times of growing distrust between Russia and Europe, Norway seeks to build its security in partnership with NATO allies and Nordic neighbors. That includes more joint military training up north. Now, the Armed Forces are revealing more details about next year’s planned large-scale winter exercise.

“As it seems today, we will have about 40,000 soldiers in exercise Cold Response,” Kristoffersen said.

“It will be the largest military exercise inside the Arctic Circle in Norway since the 1980s,” the General added.

Cold Response 2022 will train reinforcement of northern Norway, and the main action will be by navy and air force capacities in the Ofoten area.

The region is near to the Army’s northern brigade and training areas where U.S., British and Dutch soldiers frequently drill Arctic warfare.

Ofoten is also home to Evenes airport where Norway’s new fleet of P8 Poseidon maritime surveillance planes will be based together with NATO’s two northernmost Quick Reaction Alert (QRA) F-35s fighter jets on standby to meet Russian military planes flying near Norwegian air space. For NATO and the Nordic countries’ defense partnership, Ofoten is core strategic important in case of a larger global conflict involving Russia in the North-Atlantic.

The area is about 600 kilometers from the Kola Peninsula where the Northern Fleet’s nuclear submarines are based.

General Eirik Kristoffersen assures that Russia is informed about the exercise “in accordance with international standards and agreements.”

Under the Vienna Document, member states in the Organization for Security and Cooperation in Europe (OSCE) invite each other to observe military exercises.

“Russia will be invited to observe Cold Response 2022,” Kristoffersen said.

Following Moscow’s annexation of Crimea in 2014, Oslo, like most other NATO members, cut defense ties with Russia. The Norwegians, though, maintain a hotline from the military Headquarters near Bodø to the Northern Fleet Headquarters in Severomorsk.

General Kristoffersen would not elaborate details on which topics or situations the hotline is used for, but makes clear that it is important for Norway to avoid misunderstandings or incidents to escalate.

“Our communication is good,” he said.

During Trident Juncture 2018, where NATO exercised an Article 5 scenario in southern Norway, the Russian Northern Fleet suddenly designed a Notice to Airmen (NOTAM), a closure area with purpose to conduct an exercise, just outside Norwegian territorial waters. Since then, the Russian navy has on several occasions made similar NOTAM areas for missile firings in the Norwegian Sea.

Speaking in a Podcast about the Russian move during Trident Juncture, retired U.S. Navy Admiral James Foggo said that event was the direct background for the United States to send a surface action group to Russia’s backyard in the Barents Sea in 2020. That was the first time since the Cold War American navy flags were seen so far north.

The security landscape in the Arctic is deteriorating, and Norway is no longer alone as NATO in the north.

“We welcome allied forces,” Kristoffersen states. Cold Response is a Norwegian exercise, but it is important to train with allies, he added. A planning meeting will take place this June that will also include Norway’s two Nordic neighbors, the non-NATO countries Finland and Sweden.

Norway’s Defense Minister, Frank Bakke-Jensen confirmed in an OpEd earlier this winter that Cold Response 2022 must be seen as part of a more persistent NATO presence in the Arctic.

“The exercise will also test allied ability to protect NATO interests in the Arctic. This is deterrence in action,” the minister wrote.

For Norway, however, the dilemma is how to balance deterrence and reassurance. Being a small neighbor to Russia’s Arctic military buildup and maintain good relations at the same time is challenged by Moscow’s use of military force as a tool to achieve foreign policy goals, including the current deployment of huge forces near Ukraine’s eastern border.

It creates an undertone of uncertainty among neighboring countries, like Norway.

In the north, Russia has simulated air attacks on Norwegian targets on several occasions in recent years. Military forces on the Kola Peninsula have disturbed GPS signals across the border that threatens security of civilian aviation, and Russian hackers are believed to be behind an attack into the Storting’s computer systems.

Visiting Severomorsk on Tuesday this week, Russia’s Minister of Defense Sergei Shoigu pointed the finger of blame at NATO in regards to military buildup in the Arctic.

He said the situation in the high north “remains complicated” and that “competition for access to the natural resources of the Arctic Ocean is growing among the leading powers of the world.”

“The USA and its allies are boosting their military concentration in the Arctic, they increase the intensity of military preparedness and expand and modernize military infrastructure,” Shoigu said as reported by the Barents Observer.

In September this year, Russia will kick off the Zapad-2021 joint strategic exercise. The large-scale military drill will take place in several geographical areas of western Russia and Belarus, including those under the responsibility of the Northern Fleet in the north and the Arctic.