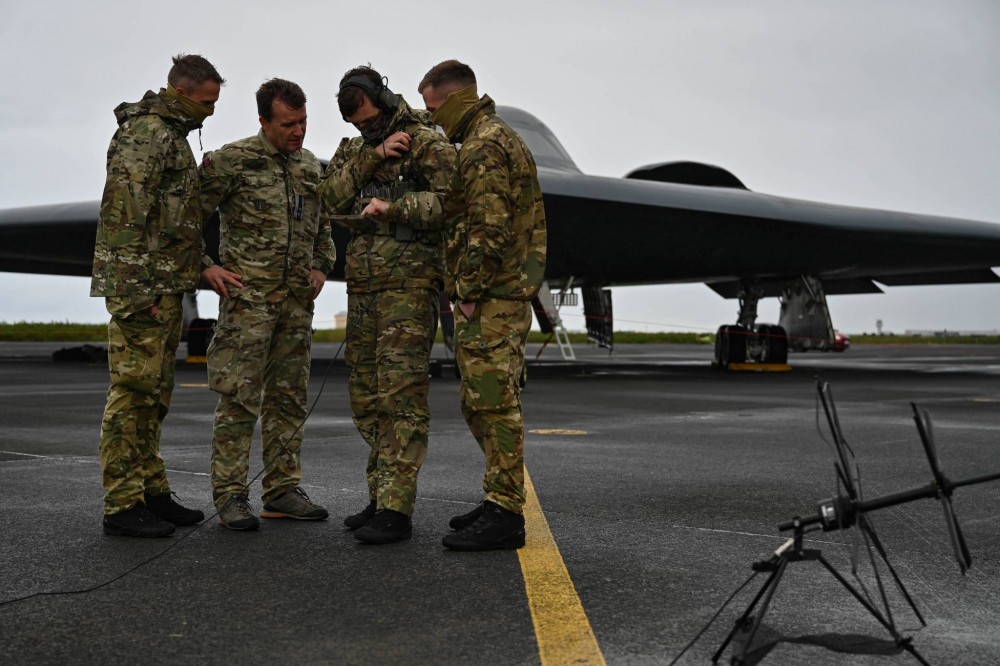 Crew making ready for B-2 flight. Three of the American stealth bombers are currently deployed to Keflavik airport on Iceland. Photo: US Air Force

This is the first time Norway’s new generation fighter jets have operated out of Evenes airport inside the Arctic Circle when training with the Americans.

The tasks conducted were very complex and took place over the North Sea, the Norwegian Air Force informs.

Evenes airport near Harstad in northern Norway will from early next year be home to NATO’s Quick Reaction Alert (QRA). The fighter jets are to be scrambled when Russian military planes are flying near Norwegian air space in the north.

The F-35s are now on a two-week training period at Evenes, the airport that also will be base for Norway’s new fleet of P-8A Poseidon maritime patrol aircraft.

The main purpose of the joint U.S.-Norwegian training on Monday and Wednesday this week was focused on seamless exchange of data information between land and air forces both during planning and implementation of complex 5th-generation air operations.

“First of all, this shows how far we have come in terms of carrying out complex operations and integrating the F-35 with our most important ally and our own defense forces, independent of location,” says Commander of the Norwegian Air Force 332 Squadron, Tron Strand.

The F-35 provided escort for the B-2 bombers during the training.

“The mission demonstrates the value of our continued presence and relationships,” said General Jeff Harrigian, Commander of U.S. Air Forces in Europe and Africa. “What our collective Airmen accomplish on these missions is vital to our alliance and maintaining agility as we move into the future,” the General added.

The B-2 and F-35 missions took place only days before Russia on Friday kicked off its large-scale Zapad-2021, the largest military exercise in Europe in nearly 40 years.

Although first time with take-off from Evenes in the north, Norway’s F-35 and F-16 fighters have several times during the last few years conducted joint missions with American B-2, B-1 and B-52 strategic bombers. In June 2020, the Norwegian aircraft provided escort as B-2 planes belonging to the U.S. 509th Bomb Wing made a trans-Arctic flight from the USA to Europe.

Next year, Norway will host its biggest military drill inside the Arctic Circle since the Cold War. About 40,000 soldiers will take part when exercise Cold Response 2022 kicks off in the Ofoten area in partnership with Norway’s NATO allies. During the exercise, Evenes Airport will play a key role.