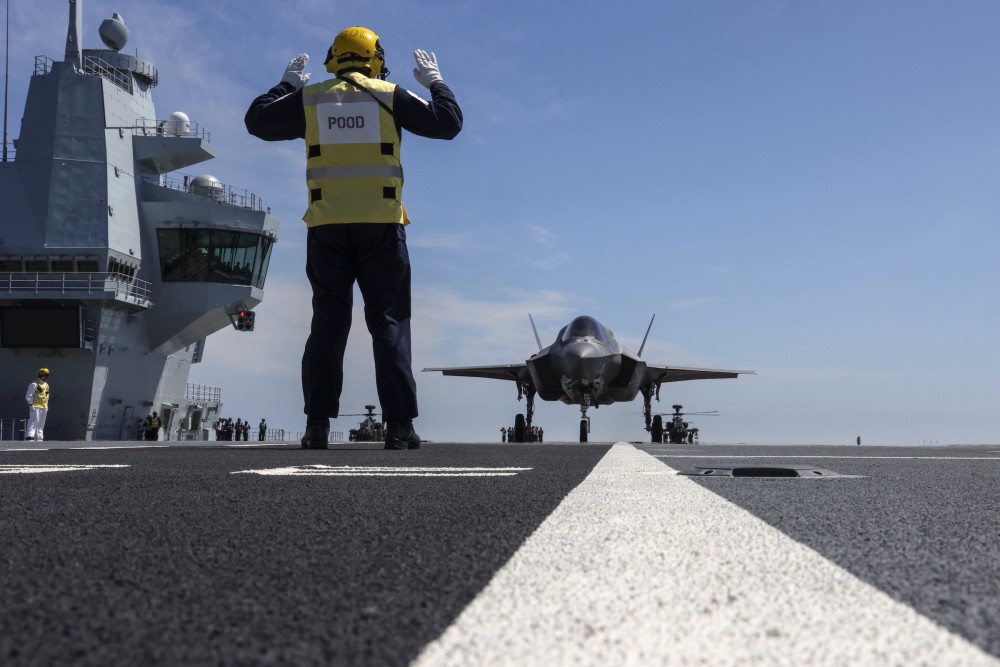 As Russia deploys the new 3M22 Tsirkon anti-ship hypersonic missile in the Barents Sea, NATO has decided to send two of its most potent naval weapons to the Norwegian-led Exercise Cold Response, the aircraft carriers "HMS Prince of Wales" and the "USS Harry S Truman".
Read in Russian | Читать по-русски
By

With the aim to train reinforcement of northern Norway, Cold Response will be the largest NATO exercise inside the Arctic Circle since the 1980s. Some 35,000 soldiers from 28 nations will participate and a significant portion of the training that kicks off in March will be at sea and in the air.

Preparation for the long-time planned exercise is already well underway and is not directly linked to the current standoff between NATO and Moscow over Russia’s massive military buildup of troops at Ukraine’s border. However, a conflict in eastern Europe could spill over to the Arctic as the Kola Peninsula is home to some of Russia’s most powerful weapon systems, including hypersonic cruise missiles and the naval component of the strategic nuclear triad.

On December 24, President Vladimir Putin said his military forces successfully fired a simultaneous salvo of the Tsirkon hypersonic missile. The weapon is now ready for deployment with the Northern Fleet on both frigates and the 4th generation multi-purpose submarines of the Yasen-class.

Launched from the Russian sector of the Barents Sea, the Tsirkon missiles could reach targets in the Norwegian Sea in about 10 to 15 minutes if Moscow in a war conflict chose to activate its Bastion defense concept aimed at denying NATO forces control of the Norwegian and Greenland seas.

Russian military observers posit that Tsirkon, with ability to maneuver mid-flight, easily can bypass any US or British carrier groups’ surface-to-air self-protection systems.

On January 11, the United Kingdom’s Royal Navy announced that its newest aircraft carrier, the “HMS Prince of Wales”, will sail to the Arctic to lead naval involvement in the large-scale Norwegian-led exercise Cold Response.

“NATO is the cornerstone of the UK defence and our commitment to the alliance is absolute and it is a privilege to be the UK Maritime Component Commander moving into our vital role this year,” said Rear Admiral Mike Utley, Commander UK Strike Force.

“The Royal Navy is global, modern, ready and well placed to support NATO in all its endeavours,” Utley said.

For the next 12 months, the “HMS Prince of Wales” is responsible for leading NATO’s Maritime High Readiness Force, a task group formed to deal with major global events.

The brand new aircraft carrier is the second in the Queen Elizabeth-class and can operate an air wing of 24 to 36 F-35 fighter jets and 14 helicopters, including the Apache that Britain’s Armed Forces first time started to train with from Bardufoss air station in Arctic Norway in 2019.

Cold Response  2022 (CR22) kicks off in the second half of March and will continue to the beginning of April.

First intended to sail through the Suez into the Gulf, the American carrier group “USS Harry S Truman” has due to Russia’s military threat to Ukraine been held in the Eastern Mediterranean. Norway’s frigate “Fridtjof Nansen” is part of the carrier group.

Norway’s Minister of Defense, Odd Roger Enoksen, said in an interview with newspaper VG this week that the American carrier group and the Norwegian frigate in February will sail to the North Atlantic where the plan is to take part in the NATO exercise Cold Response 2022.

During NATO’s Trident Juncture exercise in 2018, the US aircraft carrier “USS Harry S. Truman“ sailed north of the Arctic Circle in the Norwegian Sea for the first time since the collapse of the Soviet Union. The carrier stayed in the waters around Lofoten archipelago.

“USS Harry S Truman” (CVN-75) is of the Nimitz-class and can bring 90 fighter jets and helicopters. The ship is powered by two nuclear reactors.

According to the latest update from the Norwegian Armed Forces, Exercise Cold Response will consist of 14,000 soldiers on land, 13,000 at sea and 8,000 serving aircraft and headquarters at different bases.

In times of growing distrust between Russia and Europe, Norway seeks to build its security in partnership with NATO allies and Nordic neighbors.

The main action during Cold Response 2022 will be by navy and air force capacities in the Ofoten area.

The region is near to the Army’s northern brigade and training areas where U.S., British and Dutch soldiers frequently drill Arctic warfare. This week, the first British soldiers arrived at Bardufoss air station, preparing for the winter exercise.

Ofoten is also home to Evenes airport where Norway’s new fleet of P8 Poseidon maritime surveillance planes will be based together with NATO’s two northernmost Quick Reaction Alert (QRA) F-35s fighter jets on standby to meet Russian military planes flying near Norwegian air space. For NATO and the Nordic countries’ defense partnership, Ofoten is core strategic important in case of a larger global conflict involving Russia in the North-Atlantic.

The area is about 600 kilometers from the Kola Peninsula where the Northern Fleet’s nuclear submarines are based.

Head of the Norwegian Armed Forces, General Eirik Kristoffersen, said to the Barents Observer last year that Russia is informed about the exercise “in accordance with international standards and agreements.”

Under the Vienna Document, member states in the Organization for Security and Cooperation in Europe (OSCE) invite each other to observe military exercises.

“Russia will be invited to observe Cold Response 2022,” Kristoffersen said.

Following Moscow’s annexation of Crimea in 2014, Oslo, like most other NATO members, cut defense ties with Russia. The Norwegians, though, maintain a hotline from the military Headquarters near Bodø to the Northern Fleet Headquarters in Severomorsk.

On Thursday, the OSCE’s Permanent Council met in Vienna aimed at defusing tensions on Russia’s border to Ukraine and other security-related matters in Europe. The meeting is the third in a row this week where the escalating military troubles are up for discussion. First, Russia and the US held bilateral talks and on Wednesday, a meeting of the NATO-Russia Council took place.