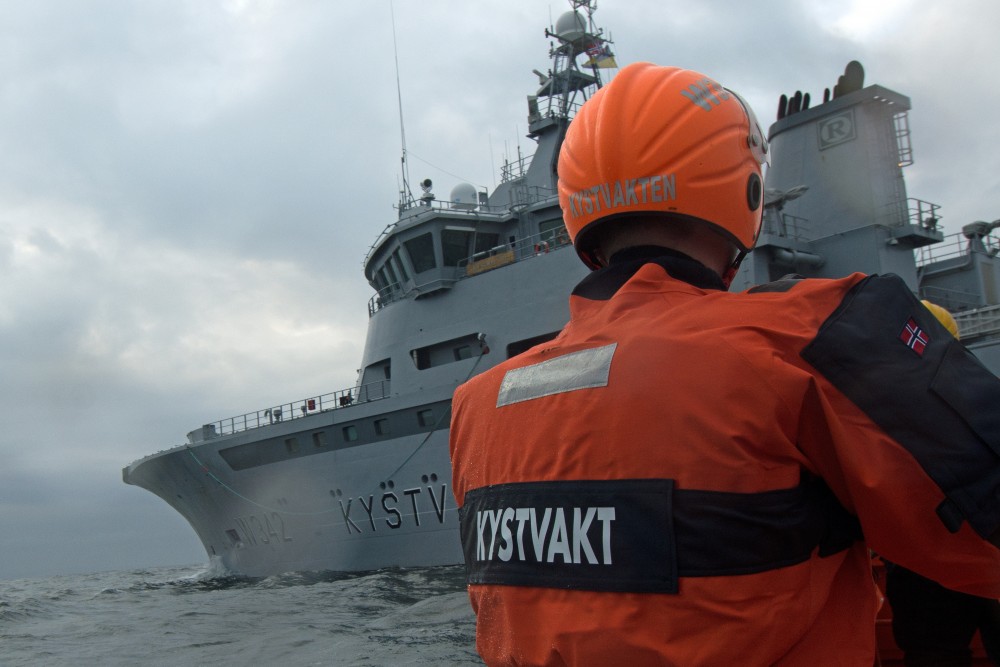 An unofficial visit to the port of Murmansk previously agreed upon between FSB Border Guards and the Norwegian Joint Headquarters will not take place.
Read in Russian | Читать по-русски
By

It was Lt. Gen. Stanislav Maslov, the powerful chief of FSB’s Border Guard Directorate, that in April, seven weeks after Russia’s onslaught on Ukraine, announced the planned port call by a Norwegian Coast Guard vessel to the Arctic port of Murmansk.

The news made media headlines in northern Russia at a time when the country’s uniformed services were frozen out of most joint events with European neighbors.

It was, according to FSB, at a meeting between Lt. Gen. Maslov and the chief of the Norwegian Joint Headquarters, Lt. Gen. Yngve Odlo, the Coast Guard visit to Murmansk later in the year was agreed.

The meeting took place at Borisoglebsk, just across the Norwegian-Russian border in the north.

“In light of the current situation, we don’t find it natural that such a visit by a vessel should take place,” says spokesperson with the Joint Headquarters, Thomas Gjesdal to the Barents Observer.

Gjesdal underlines that a physical meeting between Odlo and his Russian counterpart will take place.

The commanders in charge of the land and sea border between the two countries in the north meet annually. One year in Russia, the next in Norway. In Russia, it is the FSB that is in charge of controlling the land border and the maritime border in the Barents Sea.

Last fall, the FSB Commander and other officers made port call to the border town Kirkenes with the Coast Guard ship “Polyarnaya Zvezda”.

Last Norwegian visit to northern Russia before the pandemic was when “KV Senja” sailed to Arkhangelsk in autumn 2019 .

Despite war in Europe, Norway and Russia maintain a limited military dialogue in the north. Search- and Rescue (SAR), and questions related to the two countries’ joint land border are topics of mutual importance.

The commander at the NJHQ near Bodø and the commander of Russia’s Northern Fleet in Severomorsk keep open a Skype-video link for exchange of information, an option considered important to avoid misunderstandings in northern areas where both Norwegian and Russian military forces operate and exercise.

In December 2021, Norway and Russia signed an updated version of the bilateral Incidents at Sea agreement, aimed to avoid actions that could trigger dangerous situations, accidents, or military misunderstandings. First signed in 1990, the amended agreement now includes drones, a ban on dangerous use of lasers and other technology updates.