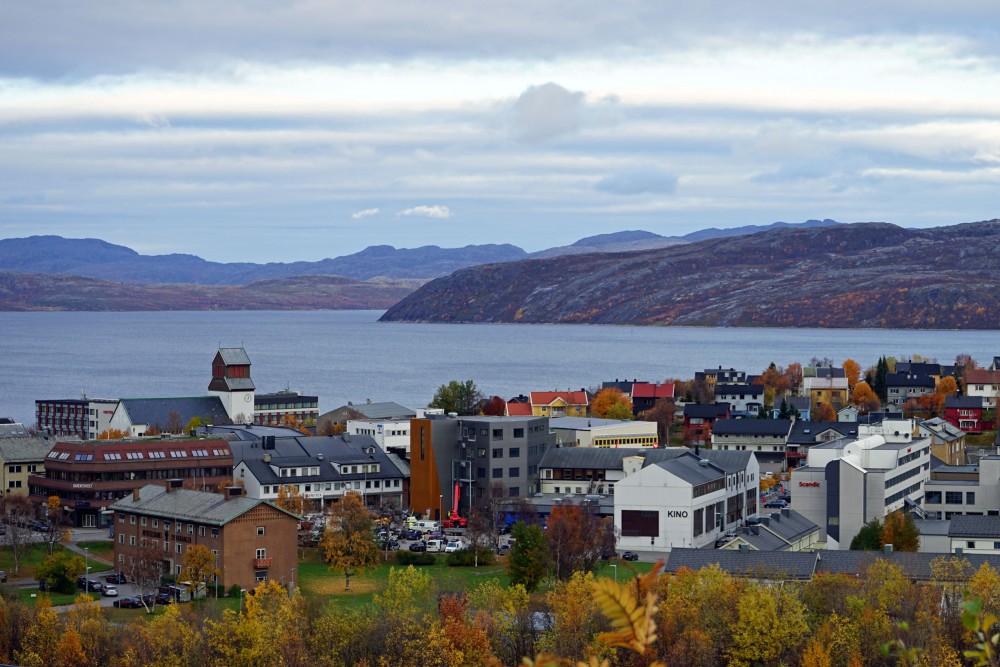 Kirkenes is the Norwegian town closest to the Russian border. Photo: Thomas Nilsen

They are friendship towns, but when the priests from the Russian Orthodox Church wanted to learn more about the drinking water facilities, the Mayor of Kirkenes had to put a stop to it.
Read in Russian | Читать по-русски
By

Kirkenes and Severomorsk signed their first friendship agreement in 1988. Today, nobody in the municipality recall who took the initiative and why it was considered to be a good idea to team up with the north Russian city that is home to the headquarters of the powerful nuclear-armed Northern Fleet.

Severomorsk was one of the first destinations outside Moscow to visit for the then-acting President Vladimir Putin in early 2000. He has later been to the town multiple times overlooking different naval exercises.

In April in 2016, the friendship agreement was renewed. And, a paragraph on cooperation in the field of “technical municipal services” was added.

This was the first time water supply systems were brought up.

A few years later, in 2019, a delegation of Orthodox priests from Severomorsk came to Kirkenes. They wanted to see and learn more about the supply systems for drinking water in the Norwegian border town.

The main water supply is some 10 km south of the town. A pumping station and pipes are in the harbor area. The men from Severomorsk wanted to see it.

“I remember a stop was put to visiting the water facility at the harbor,” Rune Rafaelsen today tells the Barents Observer. “I think this happened in dialog with the police,” Rafaelsen recalls.

The police confirm what happened.

“I was informed about it and just asked if this was a smart idea,” says Ellen Katrine Hætta, Chief of Police in Finnmark. She tells that the Mayor then took the decision to call off the on-site study.

“The police is of course always interested in protecting critical infrastructure, like the main water supplies,” Hætta underlines.

“Critical infrastructure is generally at risk. This is something Norwegian authorities have warned about for a long time,” Karlsen says.

He, however, leaves it for “competent authorities, the municipality and the county” to assess this particular case with the water supply system in Kirkenes.

“Risk assessments should be reviewed in light of the new security situation,” Geir Hågen Karlsen states.

The friendship agreement stipulating cooperation on “technical municipal services” between the Russian military town of Severomorsk and the small Norwegian border town Kirkenes was signed two years after Russia’s invasion of Ukraine and illegal annexation of Crimea.

After Moscow’s brutal onslaught on Ukraine in February this year, member of the municipal council in Kirkenes, Brede Sæther, repeatedly suggested putting an official end to the friendship agreement with Severomorsk. His proposals were rejected by the other council members.

The Northern Fleet has sent thousands of soldiers to the brutal war on Ukraine; infantry troops, a sabotage-reconnaissance group and navy troops on board warships operating in the Black Sea.

“Severomorsk is our friendship municipality and I will do what I can to continue our people-to-people cooperation with them and maintain our friendship.”

Asked if he today thinks the municipality was too naive and the priests from Severomorsk could have another agenda when mapping critical infrastructure in Kirkenes, former Mayor Rune Rafaelsen says it is difficult to know for sure.

“I have always believed in the good, never thought along those lines, but you never know,” Rafaelsen says.

Municipal council member Robert Nesje was in Severomorsk in 2016 when the Norwegians first were given a presentation about how the Russian municipal services worked. “I can’t recall that we agreed to invite them to see the Kirkenes drinking water facilities,” Nesje says today.

Chief Municipal Executive, Nina Bordi Øvergaard, writes in an email to the Barents Observer that there is nothing in the archives about the interests of the Orthodox priests from Severomorsk to study the water supply system.

“Only oral briefings were given,” she notes.

The executive underlines: “Those working with municipal infrastructure today have never had any contact with any Russian municipalities about water and wastewater in our municipality and do not want any such cooperation either.”

Shortly after the study visit to the water supply system in Kirkenes was called off, Bishop Mitrofan of Murmansk and Monchegorsk, the head of Russia’s Orthodox church on the Kola Peninsula, told reporters “Sør-Varanger, this is our, Orthodox, land, Novgorod, it was given in 1826 by unscrupulous officials.”

Kirkenes is the administration center in Sør-Varanger municipality.

The 200 kilometers long Norway-Russia land border was defined by a treaty in 1826 between King Karl Johan of Norway and Sweden and Tsar Nicholas I of Russia.

Before 1826, most parts of what today is Sør-Varanger municipality were a kind of buffer zone where the 1326 Treaty of Novgorod stipulated which part of the Sami people living in the area would pay tribute to Norway and which to Novgorod.

Bishop Mitrofan also expressed his desire to build an Orthodox church in Kirkenes. Such a church, however, has never been built and the municipality has not received any applications to give construction permits.

“I must say that the Norwegians have a positive attitude to this, we have good contacts and we need to protect our cross-border cooperation, Bishop Mitrofan said in the interview from 2020.

Mitrofan’s baptized name is Aleksey Badanin. He graduated from the Naval Academy and has a background from the Northern Fleet where he served as commander on several navy ships as Captain of 2nd rank until 1997.

He was appointed bishop in January 2019.

The Barents Observer has for long, unsuccessfully, asked for comments and an interview with diplomats at Russia’s Consulate General in Kirkenes.

We hope you enjoyed reading this article. Unlike many others, the Barents Observer has no paywall. We want to keep our journalism open to everyone, including to our Russian readers. The Barents Observer is a journalist-owned newspaper. It takes a lot of hard work and money to produce. But, we strongly believe our bilingual reporting makes a difference in the north. We therefore got a small favor to ask; make a contribution to our work.