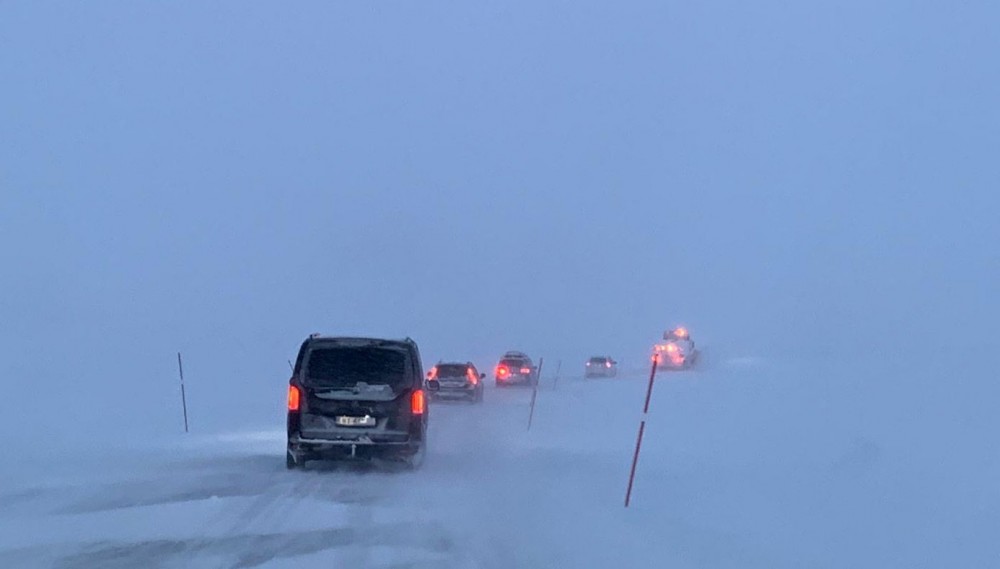 No spring in the north: European route E6 to Finnmark is closed due to snowy storms and alternative drive through Finland is not allowed with closed borders.
Read in Russian | Читать по-русски
By

Bad weather with heavy snowfalls and low viability have stopped traffic at the only road to Finnmark over Kvænangsfjellet mountain.

Organized convoy driving behind a snow-plow and even fully closed roads are nothing new for drivers inside the Arctic Circle in wintertime. This March, though, has been exceptional with record amounts of snow, and one storm followed by the other.

“We have very demanding driving conditions and have many closed roads both in recent days and throughout this winter,” says Siril Veiåker Nilsen with the Norwegian Public Roads Administration to news-agency NTB.

She adds that the current weather forecast indicates that the road over Kvænangsfjellet mountain could be closed for a longer period.

Communications to the Finnmark region are already strongly problematic because of the coronavirus. Not only are the roads through Finland not possible to drive due to closed borders, but air traffic is for the most grounded.

Airliner Norwegian recently announced that it cancels all flights to Alta and Kirkenes for the entire April.

Coastal villages and towns from Tromsø to Kirkenes do under normal circumstances have daily port calls by Hurtigruten, the coastal ferry bringing both people and goods. The coronavirus outbreak has forced Hurtigruten to suspend its sailings until April 28th.

Only two of 19 ships continue to sail, bringing critical supplies and goods to local communities.

The Public Roads Administration’s online road-map for Troms and Finnmark region could Tuesday evening inform about all major roads along the coast being closed due to heavy snow, closed due to risk of avalanches or partly open for organized convoy driving.