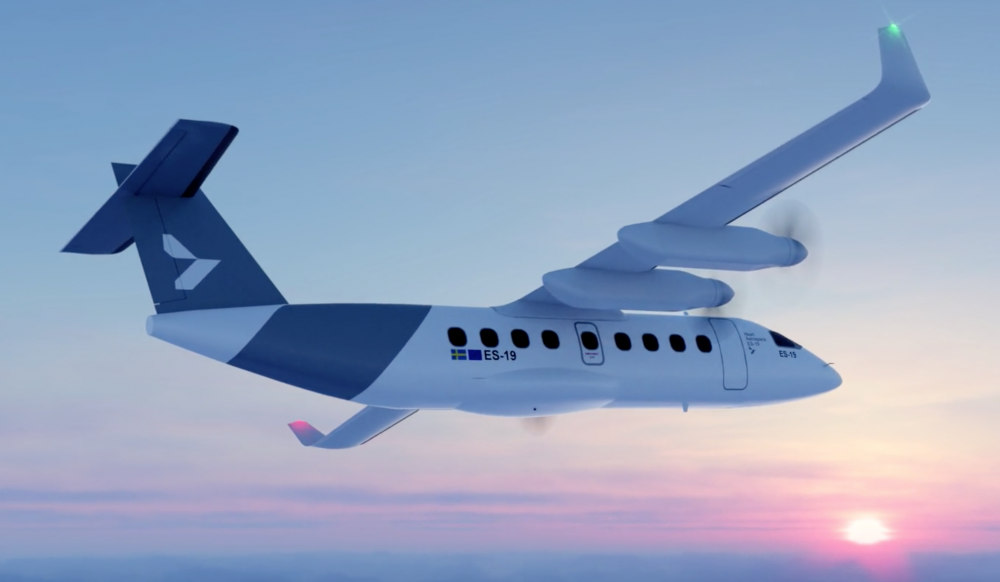 Finnair is interested in the ES-19, a plane that can carry 19 passengers to a range of up to about 400 kilometers. Image by Heart Aerospace

The Swedish-developed 19-seater ES-19 electric aircraft for short-haul routes could be ready for take-off with passengers by 2026.
Read in Russian | Читать по-русски
By

With zero-emissions, low-noise and possible to operate on 750-meter runways, the first generation electric planes will be perfect for commuter flights between small airports close to city centers. Such airports are numerous in the Nordic countries.

In mid-March, Norwegian-based regional airliner Widerøe announced its intention to be launch-operator of the Rolls-Royce and Tecnam developed P-Volt passenger aircraft.

Now, Finland’s flag carrier Finnair says it has signed a letter of interest with pioneering Swedish aviation company Heart Aerospace and intends to buy up to 20 of its ES-19 battery-powered aircraft.

Heart Aerospace says it will deliver the first ES-19 certified for commercial flights by 2026.

“Our cold climate has an impact on batteries and operating a light plane. If we know how to do it here, it’s easier to do it elsewhere,” Larilahti says.

“If we grow this in the Nordic countries, then we can create a beneficial technology that we can then export to the rest of the world,” Forslund adds.

“An electric aircraft is better the shorter the route you fly. The shorter you fly, the less you wear the batteries and the faster they can be recharged,” Anders Forslund explains.

The partners are now looking into which infrastructure would be needed.

“You need to really understand what is needed at the airports as well,” says Anne Larilahti. “You can’t expand faster than the available infrastructure that supports these planes.”

Every airport will need a charger.

The ES-19 plane, currently under development, can be fully charged 1,000 times over its lifetime and the plane’s batteries will need to be topped up every time they land.

Up north, battery-powered transportation is nothing new. Norway has for years been leading the electrification of cars. Electric vehicles now count for more than half of all new sales, and the charging infrastructure in the northernmost regions assures for no range limitations even mid-winter in minus 30 degrees Celsius.

The world’s northernmost battery-powered commercial bus routes are operated in Luleå, Sweden and in northern Norway, even a whale-watching cruise boat is hybrid-powered. Another will sail towards Svalbard to serve tourism in a post-pandemic world.