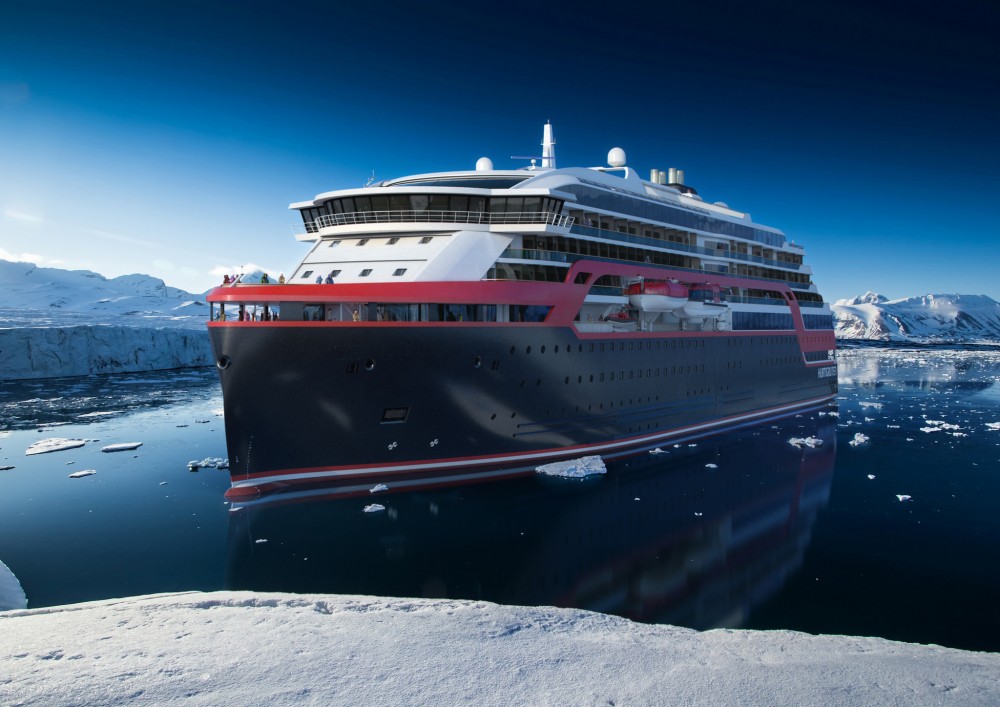 We will be able to sail on battery power and cut climate gas emissions, the cruise shipping company says about its new vessels.

«Big news today - our new ships will have hybrid power, which means that we can sail periods on batteries and save emissions of CO2», the company announces on its Facebook page.

«We will use new expedition ships as icebreakers and let green technology make way for the shipping and marine adventure tourism of tomorrow», the company informs.

The first of two new vessels will be delivered in July 2018. It will be equipped with an electric help-engine which will give a 20 percent reduction is emissions, NRK reports. The second ship will be made with a full-fledged hybrid engine which can run the ship over longer distances in fjords, ports and vulnerable areas.

In an interview with the Barents Observer last winter, company CEO Daniel Skjeldam said that Hurtigruten wants to be «the first cruise-liner to introduce the latest within green energy.”

The company gets 45 million NOK of state support to develop the ships.

“New technology is expensive. Should we manage to reduce the emissions from shipping in the same way as for private vehicles there is a need for political measures, carrot and stick, to stimulate the market,” Daniel Skjeldam says. “Just like Norway successfully are doing to boost the sales of electric cars.”

Hurtigruten has partnered with the Norwegian environmental NGO Bellona in the project.