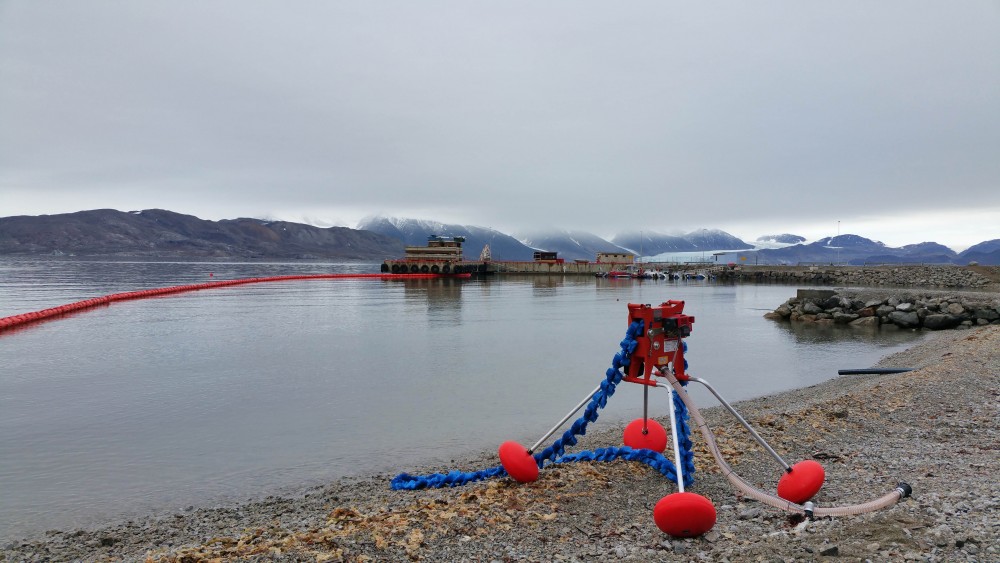 How to clean up the shoreline after a major oil spill in freezing cold will be simulated.
By

«There is a need to simulate a major incident at Svalbard because of the increase in shipping in the high north and the risk that pose for acute oil spill,» Johan Marius Ly says.

He tells that the exercise is the first such large-scale shoreline drill at Svalbard.

Longyearbyen is the world’s northernmost town were an increasing amount of cruise ships make port call on voyages around the archipelago. As sea ice is declining from year to year, other shipping in Arctic waters is expected to increase as well. If the North Pole turns ice-free in summer, like some climate scientists expect for the future, Svalbard could become an important hub from trans-Arctic shipment between Asia and Europe.

10 vessels will take part in the exercise including «MS Norbjørn» a cargo vessel that will serve as the «ill-fated oil-leakage source». Testing of new oil spill preparedness equipment designed for Arctic operations is on the agenda. The simulated senario is oil spill on the water in Isfjorden that will reach the shoreline.

«OV Bøkfjord», the Coastal Administration’s newest vessel will have its maiden oil-drill voyage during the exercise.

The Coastal Administration and the Governor of Svalbard will conduct the drill together with many other Norwegian actors playing a key role in case of an real oil spill.

In the Arctic, methods for cleaning oil could be rather different from other areas of the world. If the soil along the shores are frozen, a clean-up operation could go easier, but also be way more difficult to operate the existing gear. Weather conditions shift fast and different equipment tackles oil spills different depending on climate.