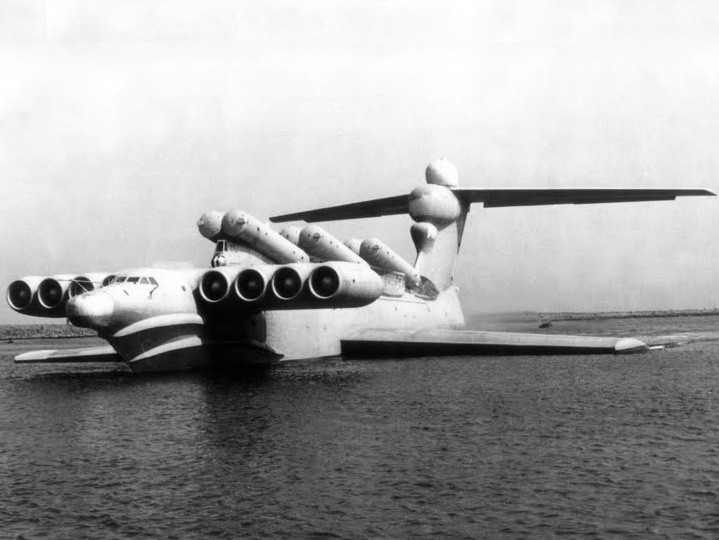 The Lun-class missile carrying Ekranoplan was operating in the Caspian Sea in the late 1980s.

Flying just a few feet above the surface, the wing-in-ground-effect craft could patrol huge areas where infrastructure is weakly developed.
By

It was nick-named «Caspian Sea Monster» - the massive missile carrying half-boat, half-plane looking construction. First flying in 1987, the Lun-class ekranoplan with a wingspan of 38 meters was just flying for some years. After the Cold War, the battle aircraft was mothballed and is now stored in Kaspiysk in Dagestan.

A more modern version, named Orlan, is now included to be developed under the 2018-2027 state armament program. First, a prototype craft armed with missiles will be built, Deputy Prime Minister Yuri Borisov told TASS on Monday.

«The state armament program for 2018-2027 includes the Orlan research- and development work, which stipulates the construction of the wing-in-ground-effect craft. The prototype will be created as part of this armament program and it will carry missile armament,» Yuri Borisov said.

The craft will be used to protect the Northern Sea Route where infrastructure today is weakly protected.

Ekranoplans have the advantage of flying at lower altitude than ordinary aircraft but moves at higher speed than a ship.

TASS reported in 2015 that the navy expected to get a standardized ekranoplan with a lifting capacity of up to 300 tonnes by 2020.

The craft could also serve patrol, transport and search- and rescue duties.

Conceptual designing and development work is carried out by the Central Design Bureau for the Alekseyev Central Hydrofoil company.

In January, the Barents Observer reported about the development of the civilian amphibious aircraft specially designed for the Arctic as it can land on sea, snow, ice and tundra.