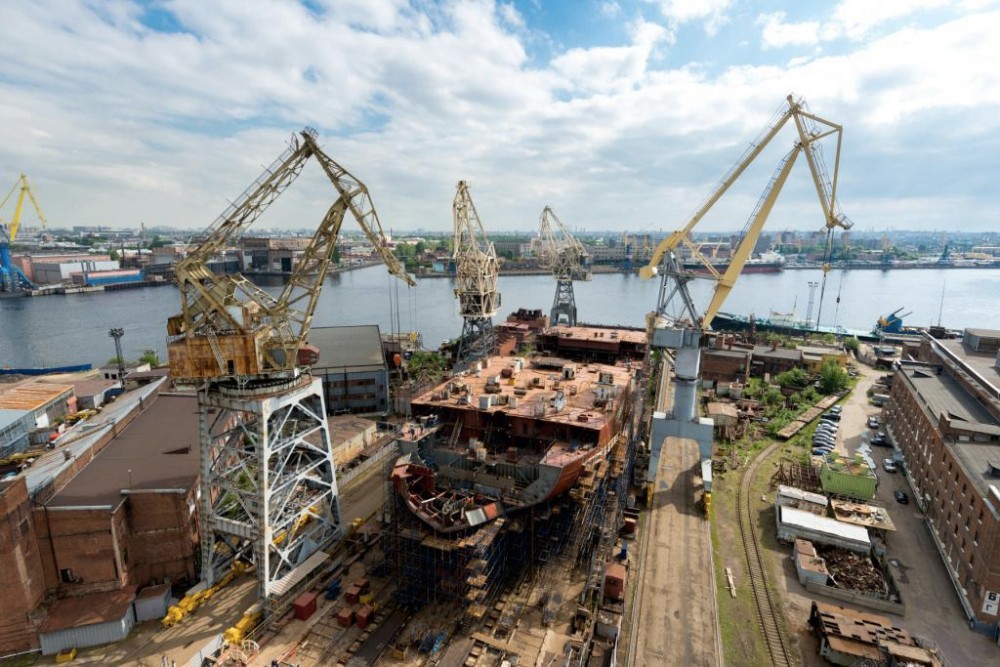 The Baltic Yard in St.Petersburg has reportedly made "serious miscalculations" in its planning of the "Viktor Chernomyrdin" icebreaker. Illustration photo: bz.ru

The world’s biggest diesel-electric icebreaker is unlikely to clear Arctic waters in 2017 as previously announced by the Russian shipbuilders.

Representatives of the United Shipbuilding Corporation, the state-owned company, says to news site Portnews that the project experiences delays because of sanctions, the weak ruble and a general price hike.

The sanctions hamper the company’s bank transaction with contractors, company division leader Yuri Melekhov says to Portnews.  Aleksey Rakhmanov, the head of the company, earlier told the news agency that «serious miscalculations» had been made in project planning.

The keel of the ship was officially laid at the Baltic Yard in St. Petersburg in 2012, and construction was originally to be completed in 2015. That schedule was later moved to 2017.

The «Viktor Chernomyrdin» is Russia’s first LK-25 (project 22600) icebreaker. It will be 146,8 meters long and have a crew of 38. It will be able to operate autonomously for 60 days in up to two meters thick ice. It is built for the Russian state company Rosmorport.

As previously reported, Russia is currently in the process of building at least 14 new icebreakers, as well as a several vessels with icebreaking capacities.