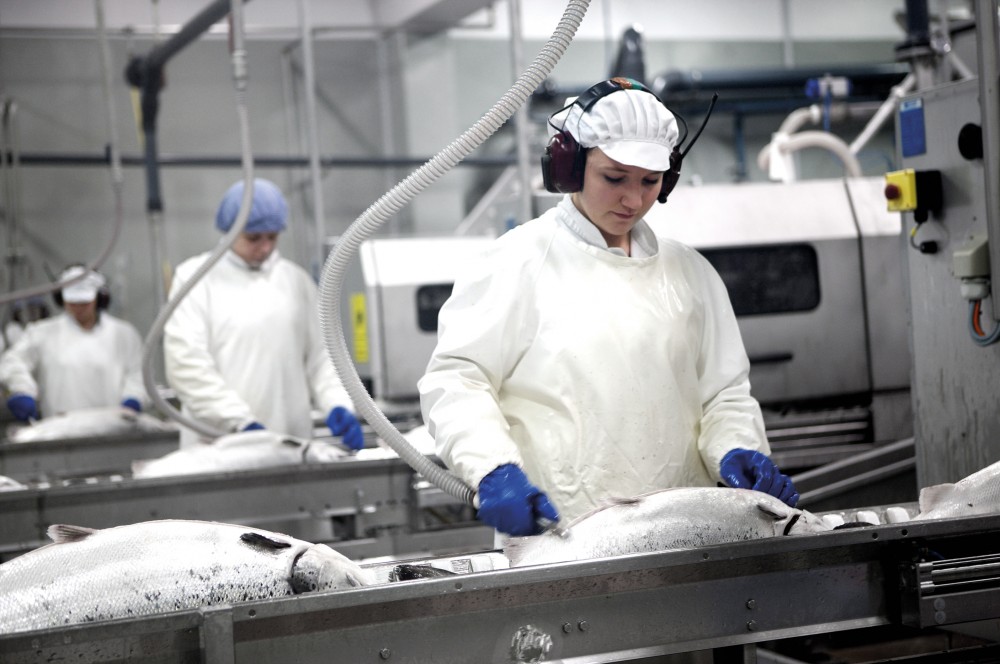 Fish farming of salmon is a blooming industry on the Faroe Islands. Photo: Bakkafrost

Faroese companies are interested in developing aquaculture and fish processing in Murmansk.
By

Representative of the Faroe Islands in Russia Bjørn Kunoy has visited Murmansk to prepare the ground for more cooperation between the two regions. In June, representatives from Faroese fishing and aquaculture companies are planning a visit to Murmansk to meet with local industry, the Murmansk regional government’s website reads.

“Murmansk Oblast and the Faroe Islands have a great potential for bilateral cooperation,” Kunoy said.

The Faroe Islands opened a representative office in Moscow in March 2015.

Head of the regional fisheries committee Andrey Ivanov says that since the Faroe Islands have not joined the sanctions against Russia, the conditions are good for more collaboration. Murmansk hopes to get more deliveries of fish from Faroe, which would mean more work for regional fish processing companies.

The Faroese economy benefits greatly from its monopoly of the Russian salmon market. While part of Denmark, the archipelago enjoys independent trading status, and has enjoyed a boom thanks to its decision to stay out of the European Union. While countries in the European Union, Norway and Iceland has seen its trade relations with Russia suffer because of sanctions and anti-sanctions, Faroese exports to Russia have gone up.

Faroese aquaculture is now growing at a formidable speed and exports may soon surpass those of traditional fisheries, World Fishing writes. In February, Bakkafrost, the largest provider of farmed salmon in the Faroes, announced that the company had climbed above one billion DKK in pre-tax profits in 2015 for the first time. The company has also recently invested in a large processing plant and a new smolt station in order to expand production.

Collapse of salmon production in Murmansk