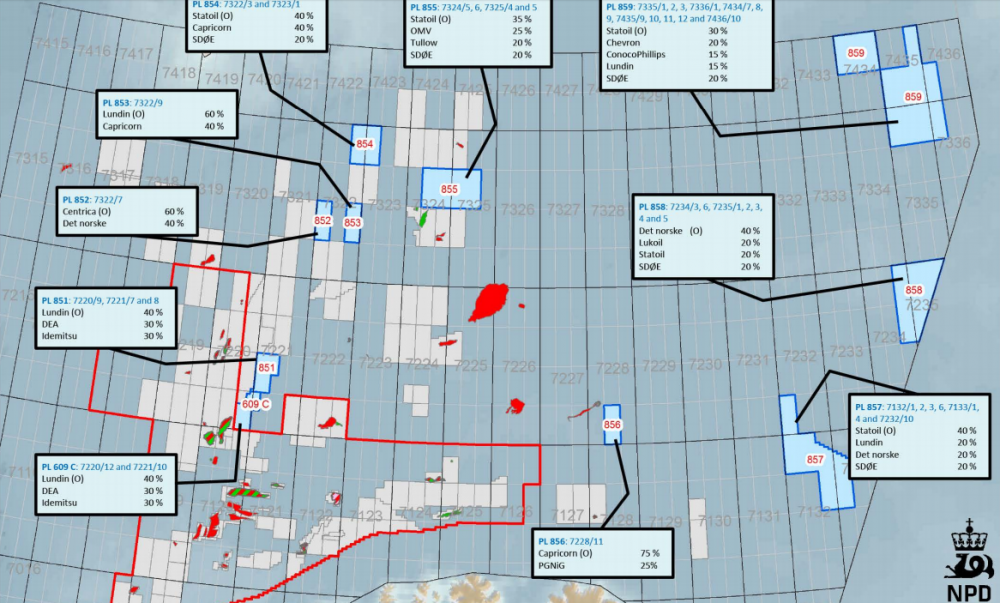 Russia’s Lukoil gets a 20 percent stake in two license blocks located directly along the Norwegian-Russian maritime border.
By

«Congratulations!», Oil Minister Tord Lien underlined as he today announced the winners of new license awards in the Barents Sea. «This is a big day for the region»

The announcement made in Hammerfest today, shows that the Russian company Lukoil wins 20 percent of license PL858, an area located immediately along the border to Russia. Operator responsibility in the license is granted to Norwegian company Det Norske (40%), while Statoil and SDØE both gets 20 percent stakes.

The exploration program states that  one firm exploration well must be drilling and completed in the license within 3 years of the award.

On the list is also DEA Norge, a company with solid Russian ownership interest. The company was March this year bought by Russian business tycoon Mikhail Friedman and his company LetterOne.

Meanwhile, Russian state company Rosneft is not on the list.

«This is a tough period for the industry. We need to explore new areas in order to keep up developments in the industry and create jobs», Minister Lien said in today’s press conference.

«If Norway is to keep its role as leading energy exporter, we need to develop the resources along the coast», he added.

The list of license awards shows that companies Statoil and Lundin are the biggest winners. Both get five licenses with operatorships and respectively four and three license minority stakes.

Norway from before has regional production in Snøhvit and Goliat and is getting closer to the development of other regional fields, among them the Gotha, Wisting and Castberg.

«Conditions in the Barents Sea are completely different than in other parts of the Arctic, not comparable with areas north of Alaska», Lien underlined and strongly criticized opponents of exploration in the area.

«These people do either not have knowledge about the issue or are trying to mislead the public», he said.

The winners of the awards are the following companies (Licenses/operatorship)