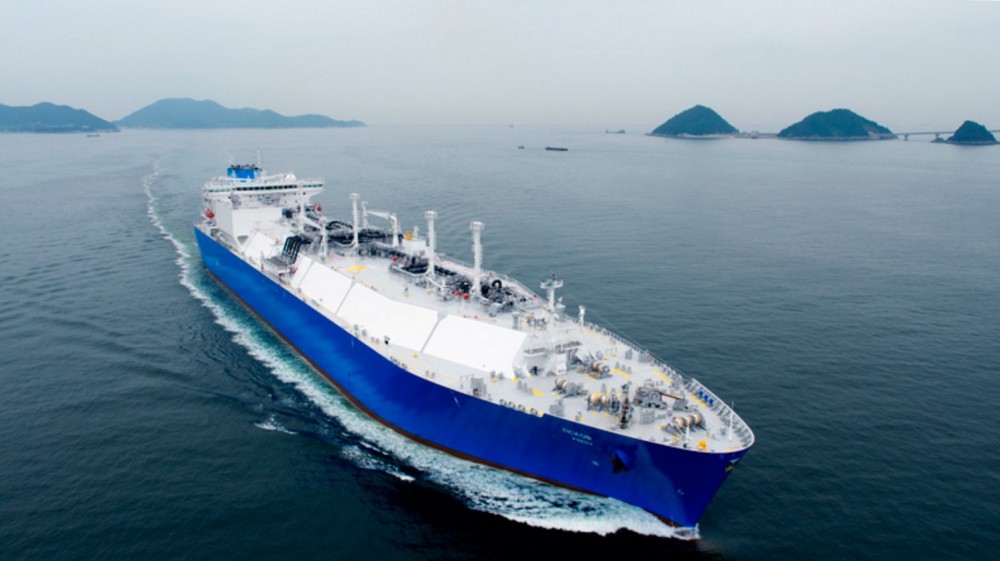 More Arctic LNG carriers for Sovcomflot. In 2014, the company got its "Pskov" delivered, as ship today applied by Gazprom. Photo: Sovcomflot.ru

Sovcomflot’s new ship will be as powerful as a nuclear icebreaker.
By

The company today inked a deal with VTB Group over financing of the ship. It is to serve the Yamal LNG, the huge Arctic gas project operated by Novatek, Sovcomflot informs.

The carrier will be able to handle shiploads up to 172,600 cubic tons of liquified natural gas. It will have ice-protection level Arc7, and capacity to autonomously break through 2,1 meter of ice.

According to the shipping company, the LNG tanker will have engine power of 45 MW, which is comparable with a nuclear powered icebreaker.

«We are completing the construction of an innovative vessel, of which there today is no analogue in the world», shipping company leader Sergey Frank says in a press release.

«This is one of our country’s first deals on project financing for this kind of shipping projects», he adds.

The new vessel is to be delivered in the first quarter of 2017.

The deal comes after Novatek in late April struck a $12 billion credit deal with Chinese banks on Yamal LNG investments. With the credits, Novatek has the cash it needs for the development of the grand Arctic gas project.

The total price tag of the Yamal LNG is estimated to $27 billion of which the project shareholders already have contributed with $15 billion. The Yamal LNG project has a project target production of 16,5 million tons of LNG per year. Production start is due in November 2017.

Sovcomflot is heavily engaged in the Arctic and the Yamal LNG project. In January this year, the first Yamal LNG tanker was put on the water at the Daewoo Shipbuilding and Marine Engineering (DSME).