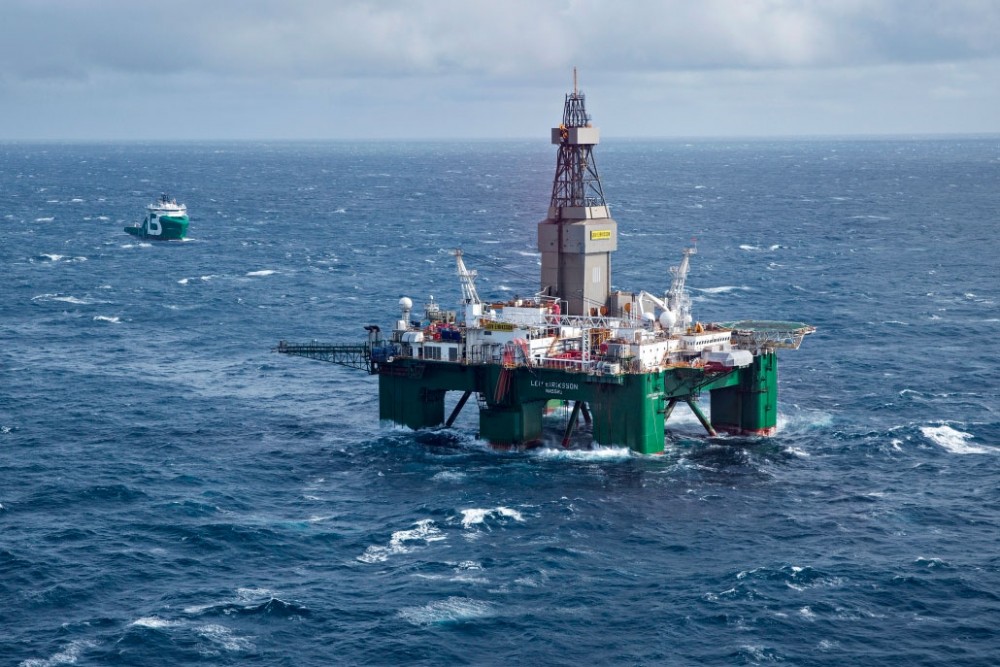 Plummeting oil price and declining economies notwithstanding, well drilling is coming up in far northern Norwegian waters. Russian oilmen have stakes in both wells.
Read in Russian | Читать по-русски
By

As the oil price drops to its lowest level in almost 20 years, Norwegian authorities approve two well drilling operations in far northern waters. The country’s Petroleum Directorate on 12th May announced that a partnership headed by Spirit Energy Norway will be allowed to apply drilling rig “Leiv Eriksson” in License Area 719, a spot located in the northern part of the Barents Sea.

The license was obtained by the company, then named Centrica, in 2013. On board in the partnership is LUKOIL Overseas North Shelf and Aker BP.

Both Centrica and Aker BP are widely engaged in Norwegian waters, but for Lukoil the license is one of only three areas of engagement on the Norwegian shelf.

The license area is located at 73 degrees north, about 60 km from Wisting, the field discovered by OMV in 2013.

The Russian company has previously drilled a dry well in a joint project with Lundin, and operations at Stangnestind, the joint license with Aker BP, Equinor and SDØE have been postponed following recent cuts in investments.

The Stangnestind is located immediately adjacent to the maritime border to Russia in the Barents Sea. It was originally to be drilled already in 2018.

The well will be drilled with rig “West Bollsta” and partners are Aker BP and Wintershall Dea. A major owner of the latter is Mikhail Friedman, the Russian business tycoon that in 2019 merged the oil assets of his LetterOne with German BASF.

The upcoming drilling in the Barents Sea takes place on the backdrop of the current major setback for the oil industry. Leading Norwegian companies Equinor and Aker BP have both significantly cut their investments and oil service and supply companies are warning that they might have to dismiss thousands of workers.

In a government support package announced on the 12th May, Prime Minister Erna Solberg put 100 billion Norwegian kroner on the table for the oil industry. The money includes a tax benefits that are to help companies keep up investments.

“The government’s proposals for ensuring activity in the oil and gas industry do not protect jobs, value and expertise which the country will need in the time to come,” says Knut Thorvaldsen, acting director general of the Norwegian Oil and Gas Association.

It is not in line with our recommendations, the industry leader underlines. “The government has not taken account of the facts we have put on table,” Thorvaldsen emphasizes.

There are currently two fields in operation on the Norwegian Barents Sea shelf. A third project, the Johan Castberg, is to come into production in 2022.

The remote Norwegian waters have long been seen as high prospective. But lately, the interest among companies have declined following a series of dry wells. After years of great expectations, Equinor in 2019 announced that it will quit its engagement in the south-eastern part of the region.

In January this year, the Norwegian government awarded companies another 69 licenses in its waters, of them 13 in the Barents Sea. However, the northern waters were not included in the government’s announced upcoming round of awards in so-called predefined areas.